Rise of the Tomb Raider Review

When the reboot for Tomb Raider finally arrived a couple years back it blew away my expectations for the title and then the definitive edition only made the game that much better. With Rise of the Tomb Raider it seems that nothing was held back with this title and the whole experience has only been expanded on. The story itself builds upon the first taking place later on with a much more confident and composed Lara Croft. This time around the narrative takes a look at her past while taking many strides in building her character and world she resides within. Lara's goal is continue the search for a divine relic of which her father had dedicated the later years of his life searching for. After the experience of the last game and the mystic events which took place she now believes that anything could be possible. The search brings Lara to a Siberian region from where the journey really begins taking her across vast regions and harsh weather conditions. Things start off with an exploration across some icy peaks in search for this hidden city of where the divine source was thought to be located. While climbing a freak storm hits and that sends everything spiraling out of control to which we're sent back two weeks time.

This portion is an even better indicator of how Lara has changed in the time between games and it's definitely for the better. Moving along a more desert like area she snaps glowsticks which have completely replaced the barbaric yet lovely torches that accompanied us in the last game. The lighting is absolutely stunning as she explores a few dark tunnels and comes across a monolith. This introduces a new element of the game where you will need to learn languages in order to find out additional hidden treasures which is accomplished through the collection of artifacts. It builds upon the collectible system in the last game and actually makes it much more worthwhile. As is the usual everything falls a part and we are introduced to a new player in the game called Trinity which are a very deadly militia. I find this whole section particularly important to the story as it shows a much more comfortable tomb raider and one with some Indiana Jones type comedy which I feel was good to add to her character.

Moving back into the present time things continue across the snowy landscapes as this game features a much colder environmental theme. While a large portion is dealing with the cold and seeing the intense effects on her character there are also some very beautiful scenic areas that feature warmer forest areas. I really enjoyed the story of this game along with the various amazing places you got to visit while moving through it and this is definitely a perfect next step for the series. Like the last game free roam is also back for those that finish off the story and want to continue exploring along with many more challenge tombs present across the many large spaces. Like the last game the puzzles could be challenging at times though nothing that really strained you as it's more about exploration and less about being puzzle focused.

This area is completely new to Tomb Raider and is a mode that does a great job in extending the lifespan of this campaign only title. While I personally enjoyed the multiplayer last time around and am disappointed it didn't return this mode is a neat way to continue the game. While playing across the campaign you'll reach certain points where a cache will be unlocked for this mode and these grant cards. Card systems seem to be in abundance these days across games and here it was actually well done. Each pack gives you a handful of cards which range from outfits to weird game variables like giant heads or even cards that work to make the game tougher on you. Cards can also be sold for some more credits to buy more or you can earn credits by playing more expeditions. Within this area you can replay chapters, do score challenges or set up custom missions that friends can also compete in. All of these allow you to earn credits while having the card system in place so it changes up your game or even the extra objective layer for even more potential points. While this really doesn't provide anything particularly unique to the title it does give you a challenge to replay levels.

Rise of the Tomb Raider looks stunning from every single area you visit to tomb you raid. The incredible amount of detail in these environments makes them absolutely stunning and the game is ever fluid. Gameplay moves perfectly from climbing up mountain sides to switching from game to cutscenes perfectly. It was great to see that the game could perform so well while not sacrificing anything in the process. There's also so much life present across the game with small creatures like rabbits to larger ones like bears roaming around across the landscapes. Enemies react mostly like the ones from the last game though are definitely present in higher numbers creating some tense scenarios. Most of the games systems have also been expanded on including just what tools Lara has present. Just like the last game you eventually collect items as things progress with one of my favorite being a grappling hook system which creates neat swinging opportunities. Other things include shooting arrows into wood placements to climb on or a hunting knife as examples.

The crafting system has also been completely redone to include creating items on the fly like bombs or arrows. This new system gets you moving around the environment to collect certain supplies to create these items or even spot some left over bottles that could be turned into a deadly weapon. When reaching the campfires which act as save points or even quick travels this system is expanded. Each weapon can be greatly improved upon or changed entirely and there are many more in-depth skills present to unlock with experience. There's also a tools area where helpful items can be created in order to improve the weapons as well. The new system works perfectly well and really shows benefits from going out to look around for more things within the world.

Lara herself looks absolutely stunning in this game as the new capture system they put in place makes her look perfectly like real life. I was constantly captured by the performance with the emotions being so perfectly well presented. The hair was also really intensely done as well, maybe even a bit over the top as you can see individual strands flowing around constantly. The other characters in the game also look great though you can clearly tell that a lot more time was spent on her which makes sense. Items attached to her also shake along as Lara continues moving around the environments. It seemed as though everything reacted around the player very well in that third person perspective the game is played in. I also found it rather fascinating that Lara would react to the environment well such as moving her hands to brace against walls during movement, warming her hands by the fire or actually shivering around and closing her arms to keep warm. These are small aspects that make it feel more realistic and are greatly appreciated.

Rise of the Tomb Raider is one of the best games I've played this generation and boldly continues the stories of the new Lara Croft. The story was excellent while being completely captivating the entire time with the world itself being larger than ever before. The environments not only look amazing, yet feel so full of life as well with creatures wandering about or many enemies to face. As the next step in Lara Croft's journey this takes the series in an exciting direction while also building on the previous game perfectly. Can't wait to see where the next game in the series takes us. 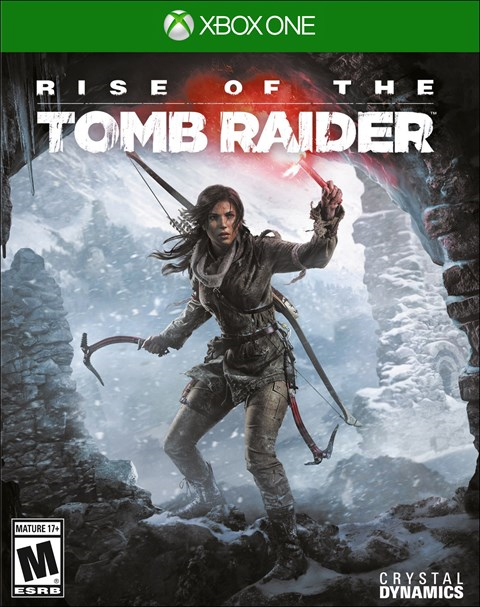