The last generation Transformers game from High Moon were some of the my favorite gaming titles and sadly years later the series has all but sizzled. I'm a huge of Transformers as I've been since I was young and I feel that I will never get another great game in the franchise. With Transformers: Devastation we get a devolved version of the traditional games into a series of never ending combat followed by boss fight areas. It aims to hit you hard with the nostalgia as the game has been coated with an 80's cartoon style inking over top to make it look just like the show and does bring some of that charm during cinematics though it's just boring. The entire game consists of a small cutscene, a combat area against generic Decepticons and then a boss fight. This repeats constantly throughout the entire game which made for a really boring game that I had little desire to finish. Instead of being a deep story filled game it's just got some jokes and a new alright story that you fight enemies to progress through. After the 30 boss fight I was just finished with it, not to say others may not enjoy the game it's just for me and not what I expected at all which stings. There was definite care in respecting the 80's cartoon style though it's really just a catch you on the nostalgia aspect that totally captured me for the first bit of play time.

Like I said in the campaign section, the game looks just like the old school TV show with animations and all. The characters scream old school which is neat, but younger people aren't going to honestly care. The gameplay has devolved entirely from a strong third person shooter into a generic brawling title. There are a couple combos to pull off and most of the game is just dodging then striking against incredibly strong enemies. After taking out so many there's a definite fatigue that sets in across this lifeless landscape. I did like that there were some attempts to mix things up with driving chases or switching the camera angles, but by the time you play these the game was already getting old. Even when you did a neat section like noted it would just throw you into another boss battle after finishing the sequence. Worst of all I would think is that it rates you on combat performance, I just like to enjoy these games and characters so I don't need that level of play added into my Transformers game. I will note that the game did feature a neat crafting system to play with by combining some unlocked weapons or just equipping those for better damage as you find them from fallen enemies. 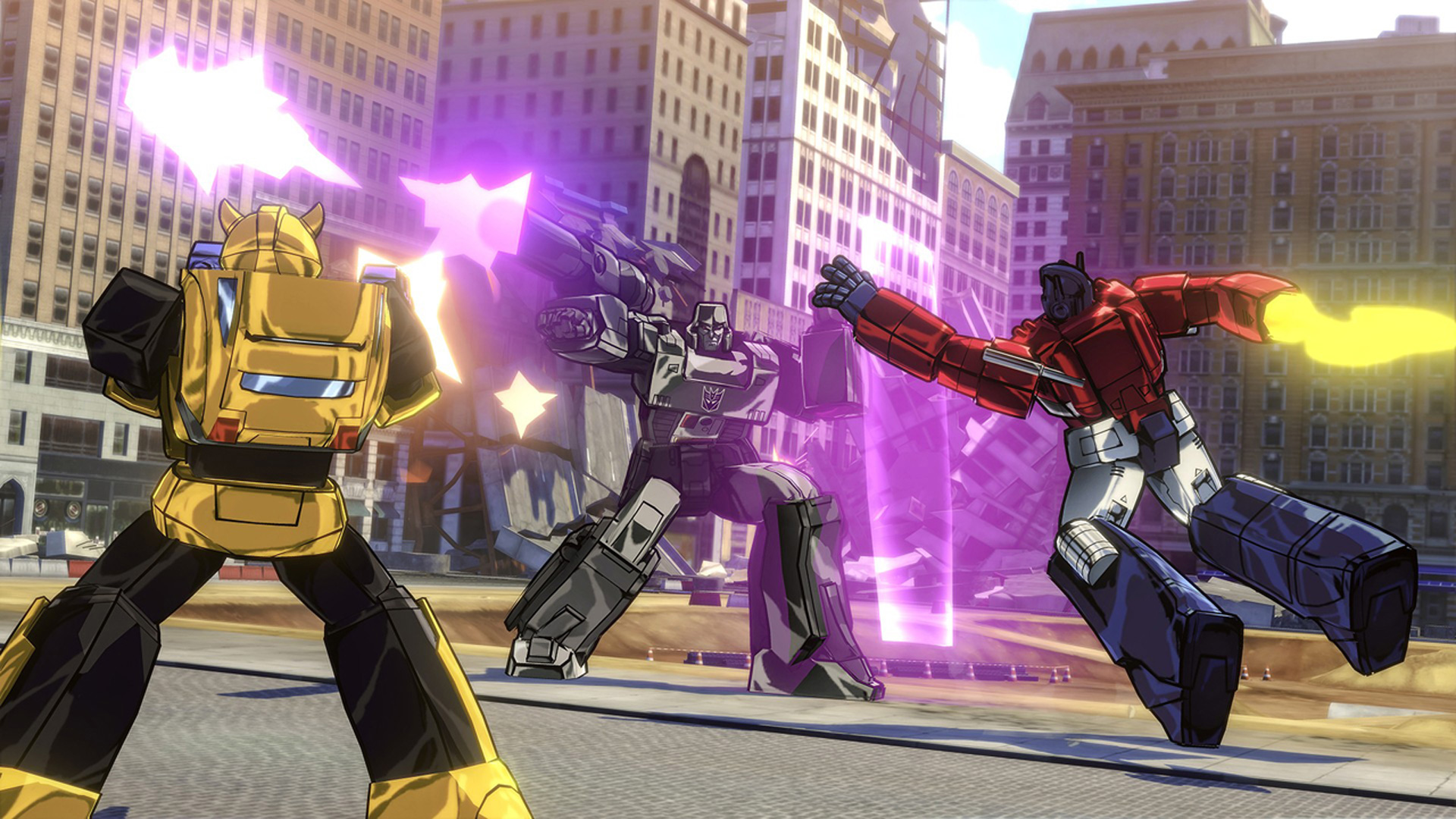 At this point in time I'm honestly worried that there may never be another good Transformers game which is just such a shame. Comparing this and the last title to what was put out last generation just makes my utterly depressed. I get what they were aiming at creating here though it's just an endless brawling game with Transformers coloring. Sure it'll hit those nostalgia points for the older folks that loved the cartoons, but it really leaves out the younger generation in the process wondering why they all look so weird. Unless you love just fighting bosses or waves of generic enemies I'd suggest skipping this and hoping for a better title in the future. Just so sad to go from games with top notch narrative in story, strong multiplayer and a great side cooperative mode to this.