I've always been curious of the Just Dance series since I'm quite a fan of Dance Central and always heard some mixed things about this series. Upon being able to check out the 2016 iteration of this fairly long lasting dance series I was surprised at just how much content is actually available within the game. It was even more surprising to check out the setlist of songs for the game which has some great depth including a large amount of currently popular songs while also having some more classic songs which was appreciated. You basically get a bunch of top hits from the past few years mixed with classics like "You're the One That I want" from Grease and "Hit the Road Jack" from Charles Percy to name a couple. The setlist also seems to hit on such a wide variety of music genres instead of focusing on a narrow view of music. The game also features the ability to play with up to six players during a song and every song is optimized for a number of players. You can of course do all individually and it really isn't restrictive, but it's neat to see the setup for larger groups. The duet songs are particularly crazy with some great team moves and it's hilarious to try one by yourself, I mean I had to try that out since there was an achievement associated with it.

From there the game also expands with some differing versions of selected songs along with Mash-ups which can be bought with the in-game currency called Mojo. These modes completely change up the routine style with the differing versions area turning "This is How We Do" from Katy Perry into an aerobics dance routine. These two differing song changing options create a nice reward system for players as mojo is earned based on performance on songs and playing across the many portions of the game. Aside from the main setlist there's also a "Just Dance Unlimited" area which is essentially a subscription service which provides access to many more songs. I personally didn't check this out or really include it in consideration of review since it's an extra, but something I thought should be mentioned. The unlimited option definitely seems to be a great expansion of songs to the game so may subscribe for a bit and then write about that at another time. 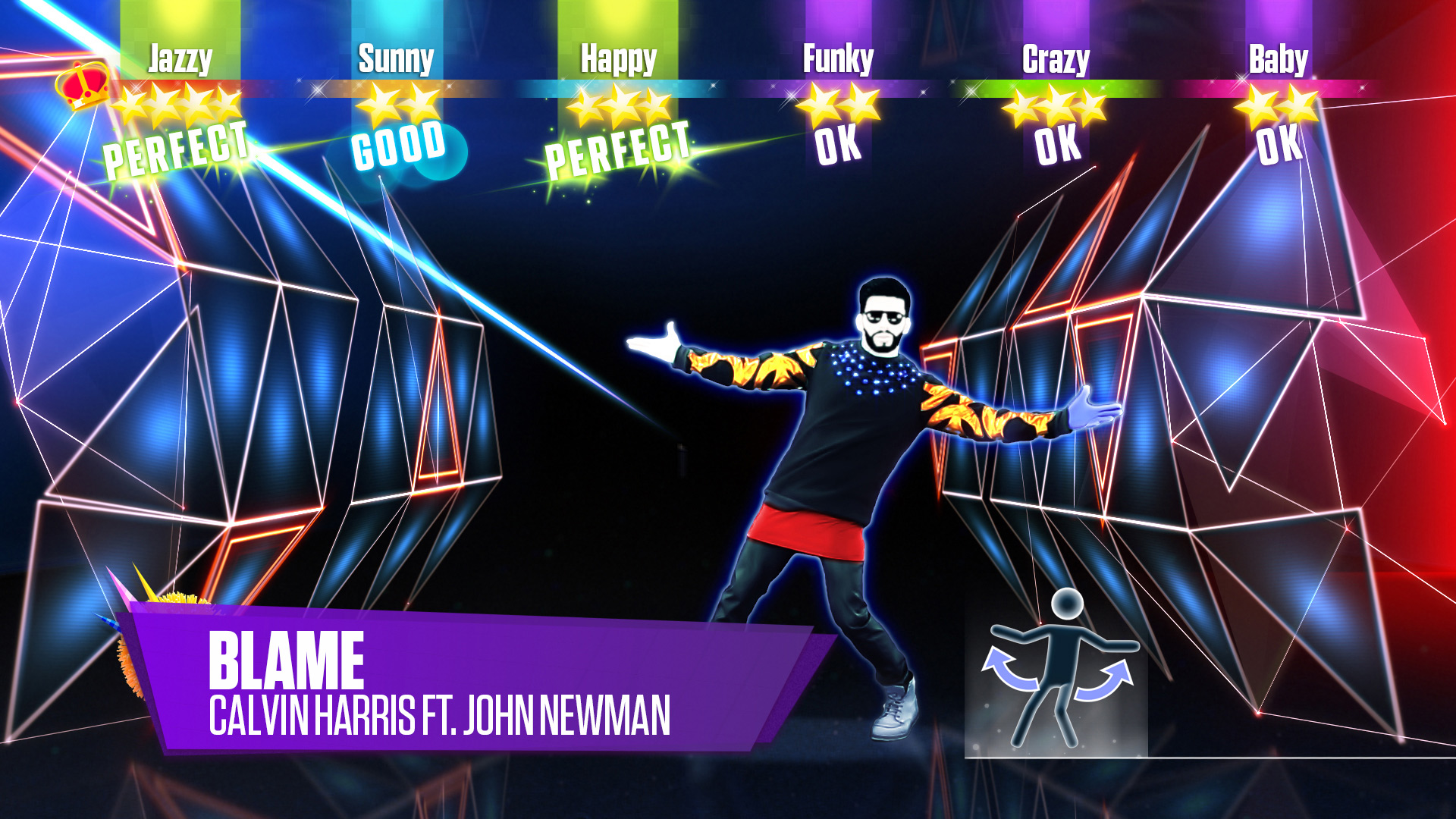 There's of course quick play mode which is always my favorite thing to use within any sort of musical games, but the game offers much more than just a hop in to play experience. The first mode to discuss is Dance Quest which is basically the story element of the game if you can go that far by calling it that. It basically strings together a series of dances into playlists with each getting a separate theme. They also have great names like the first is called Cake Quest and within each set of dances you're trying to beat out a set of AI scores which are dynamically changing as you dance. There are also levels of difficulty as well if you need some extra competition here. The next section is the sweat and playlists area where you can create dance workouts or just string together some songs together to make a playlist which I think is general in these sort of fitness like games. Showtime is the last area to discuss as a major block in the game which takes a pile of selected songs and uses you to create one of the trippiest gaming experiences I've ever witnessed. It's basically hashing out screenshots of your dance moves and taking some random pictures to create a crazy music video that goes along with the song. Not only was it a spectacle feat for the eyes, it also was hilarious. Definitely something to try out if you do intend to play the game as it was quite a treat. Aside from these major areas there are also community events and challenges to partake in though they aren't as a big a focus as the others were.

Just Dance was smart to realize that not everyone had a camera peripheral like the Kinect so you can use your mobile phone to track movement instead. This works alright, though obviously not quite at the level of which the Kinect is and I sort of just prefer the Kinect anyways since I don't need to hold anything during a song. The tracking was alright, though I felt with some of the good marks it gave me the game was being overly generous compared to the more hardcore performance comments from Dance Central. With that I will mention this title is much more focused on the fun and getting everyone dancing, kids will especially love how fun this title is. Another huge thing for me was the bright array of flashy colors and crazy looking things that were going on in the screen. I'm just a sucker for special affects and weird looking art designs, Just Dance brings those in a full throttle style. It was also hard to take the game seriously at times when I was dancing as an Angry Bird in their custom song or as a panda in "I Gotta Feeling" by The Black Eye Peas. Also want to mention this other crazy song called "levan Polkka" from Hatsune Miku where what I think was celery is huge in the song and even the performer is holding a stalk of it which was hilarious. With that I'll move back to gameplay with a comment on how easy it is to jump into the game or coordinate multiple players into the match. Everyone just moves into their respective colors at the start of each song while holding a fun face pose for their icon and the match starts. The colors are coordinated on the screen to a set of moves which go across the bottom and you also mirror your dance on-screen. It's a really simple concept and works fine without too much focus on performance though that is easy to follow if you desire. Another thing found within the game is a karaoke aspect of sorts present in every song where you sing along if you'd like for some bonus points, this will probably be a favorite thing for many. 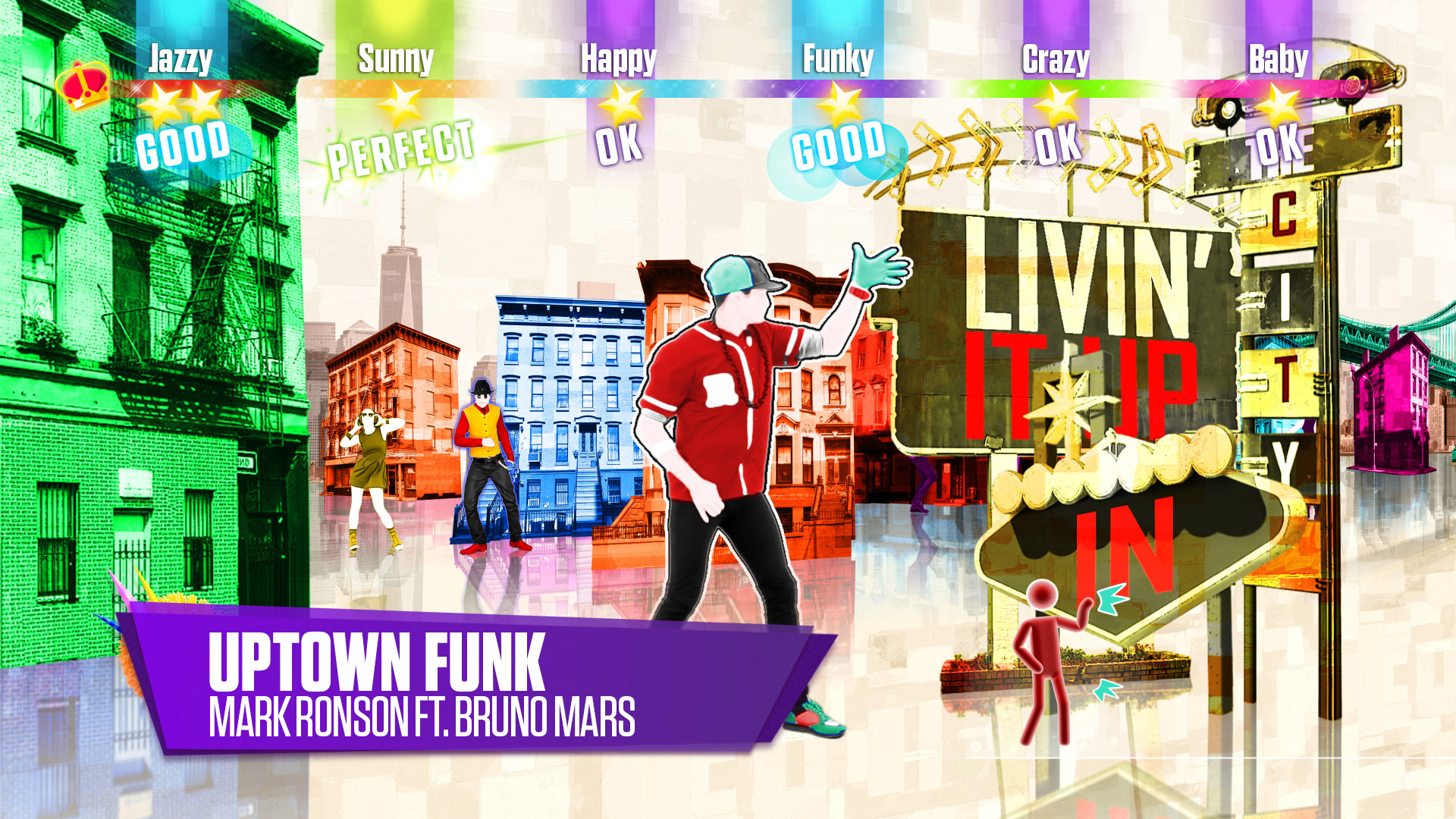 By the end of my playing I was honestly quite surprised at the amount of content present within Just Dance 2016 and just how in-depth the options are for dancing your way. I feel as though the setlist was strong enough within the game while providing great variety, but can't help but feel that the Just Dance Unlimited addition would greatly improve the length of your gameplay with the title. The songs within there are mostly all great, fairly current and well known though not needed for a great time within the game. Just Dance 2016 is a very flash and entertaining title which provides a great dancing space for those that are looking to have a great time. You and up to five others for a total of six players can dance at once with the camera of phone with easy to setup play. Easy to dance, easy to play and an overall highly entertaining title. 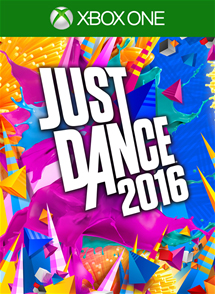