"Episode 5: The Vault of the Traveler"

This fifth episode marks the end of yet another episodic tale from Telltale Games and concludes their first attempt at the Borderlands universe. Honestly I was quite surprised at their ability to create a deeper story from the existing universe while still keeping that unique feel that made the Borderlands games so special. In this finale things wrap up in regards to all the main lines while still creating an opening in the future. I did find that while some of the plots were intense and quite graphic to an extent the later part of the episode got really weird. I always love the humor of the Borderlands though it ended on far too happy of a note without any sort of real emotional connections. It seemed like while the stakes were high it was never really going to play out on a bad note which ruins the dynamic of the usual more depressing Borderlands games. It's nice that everyone was great at the end though I was hoping for a bit more since some of the episodes struggled over the season. Some of the references that were made at the later part of the episode were great and they finally gave us a truly customized ending which I won't spoil. On a final note I want to say the big reveal kept me guessing the entire time as you should be aware from playing the other episodes that it has been building towards a mystery individual and loaderbot will also be the true hero to me. Especially since that robot never ceases to amaze me across every episode in this season. 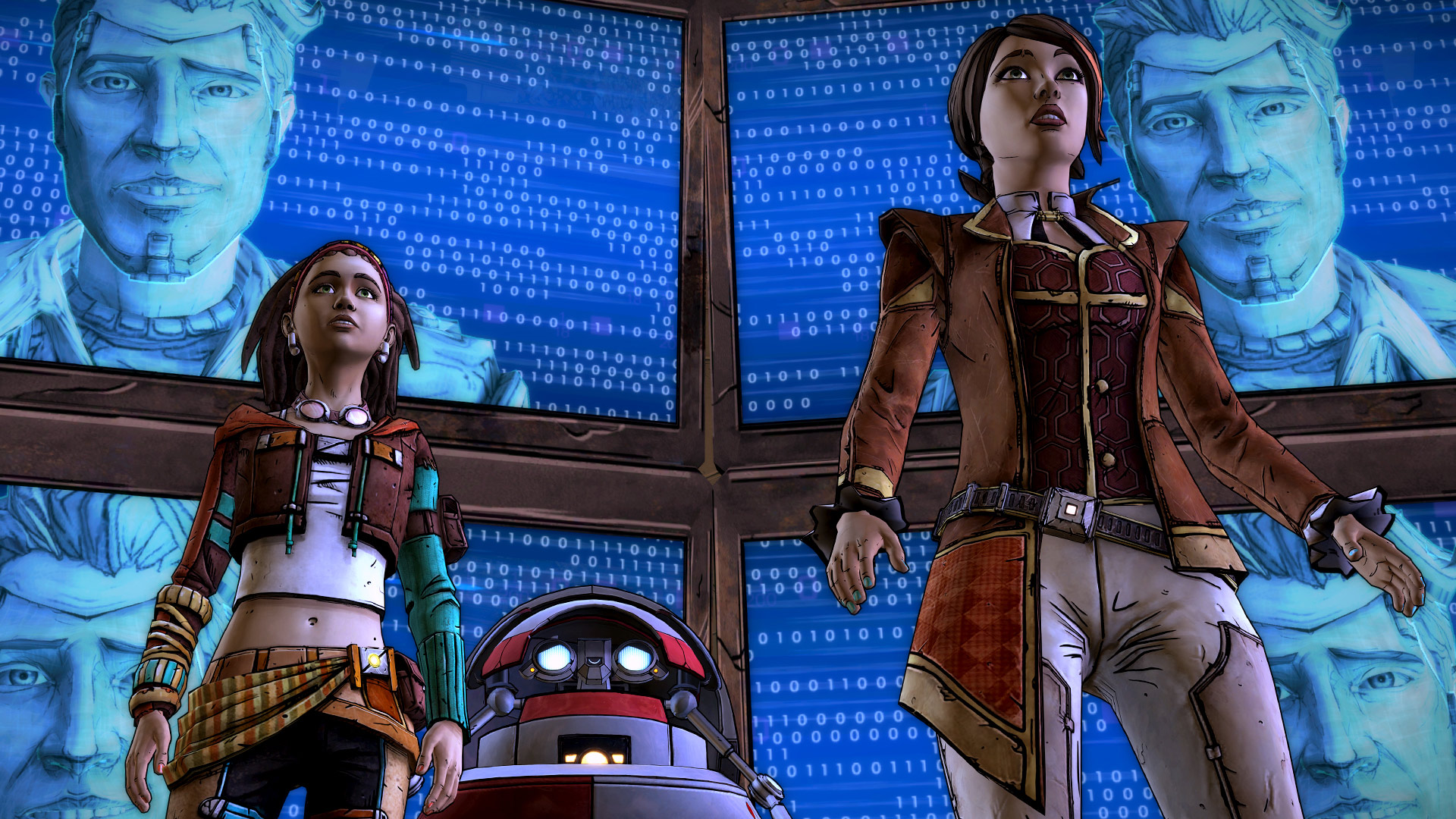 I was expecting more from this season though really felt the overall story when put together is a great experience. It's got some of the best comedy I've seen mixed a decent attempt at telling a stronger within the Borderlands. The game has definitely shifted the universe entirely and really do look forward to seeing another season in the future which I hope they do. The characters are the strongest element of the game and I didn't enjoy the forced romance much, it's the story Telltale wanted to build. With this concluding I'd also love for Telltale to get a better engine at some point since it got rather choppy in terms of the cinematics towards the end which made things less smooth than they should have been. The scale might have been much larger, but I still expect a smooth quality of gameplay to scale along side it. With that, we wrap up another review season with the great entry of Tales from the Borderlands.