"A Jump through the Past"

I saw through the entirety of Bedlam today since it brought a unique premise to the table and had an intriguing story. As I progressed through the game the story opened up and the worlds you explored only got crazier. The game had a bit of everything in it from old school shooters to RPG titles and even zombie survival. It was mostly doing everything in mocking terms and there was a lot of social commentary on how games have changed along with the people within them. This was explored a bit too much as I felt some comments were a little far and reflected poorly towards the gamers that enjoy games it makes fun of. The story focused on this woman that had her mind trapped within the game as a terrible low quality pixel character that had a skill for the first person shooter and then progressed through the worlds. There were so many great moments of comedy and the worlds always felt unique. Though things eventually began to become tedious with the larger levels having no focus for an objective which caused wandering, numerous glitches and absolutely crippling frame drops towards the end. While the story was built well with genuine interest I felt the ending conversion to be just a disappointment and far too open an end.

Bedlam was mostly a first person shooter game and it rocks the old style feel that games of the more arcade days had. This stays relatively the same throughout aside from a couple diverges for some fun levels. I had numerous issues with trigger events not happening which caused restarts, issues where my guns wouldn't load and it would be stuck with one among other problems. Another annoying aspect was that every time I died the game would give the reset option, but would place the highlighted area on reset level which one time reset my entire level. Not sure why it would be set that way, though ultimately annoying since many levels are very long. These longer levels also lacked guidance which was more frustrating than an interesting look at the past since we've moved past that and the AI are far too good of shots. The worst aspect came near the end levels which killed the good time I was having since frames were at literally two. I have game clips saved on the Xbox One to show, it was nasty and basically unplayable at times. 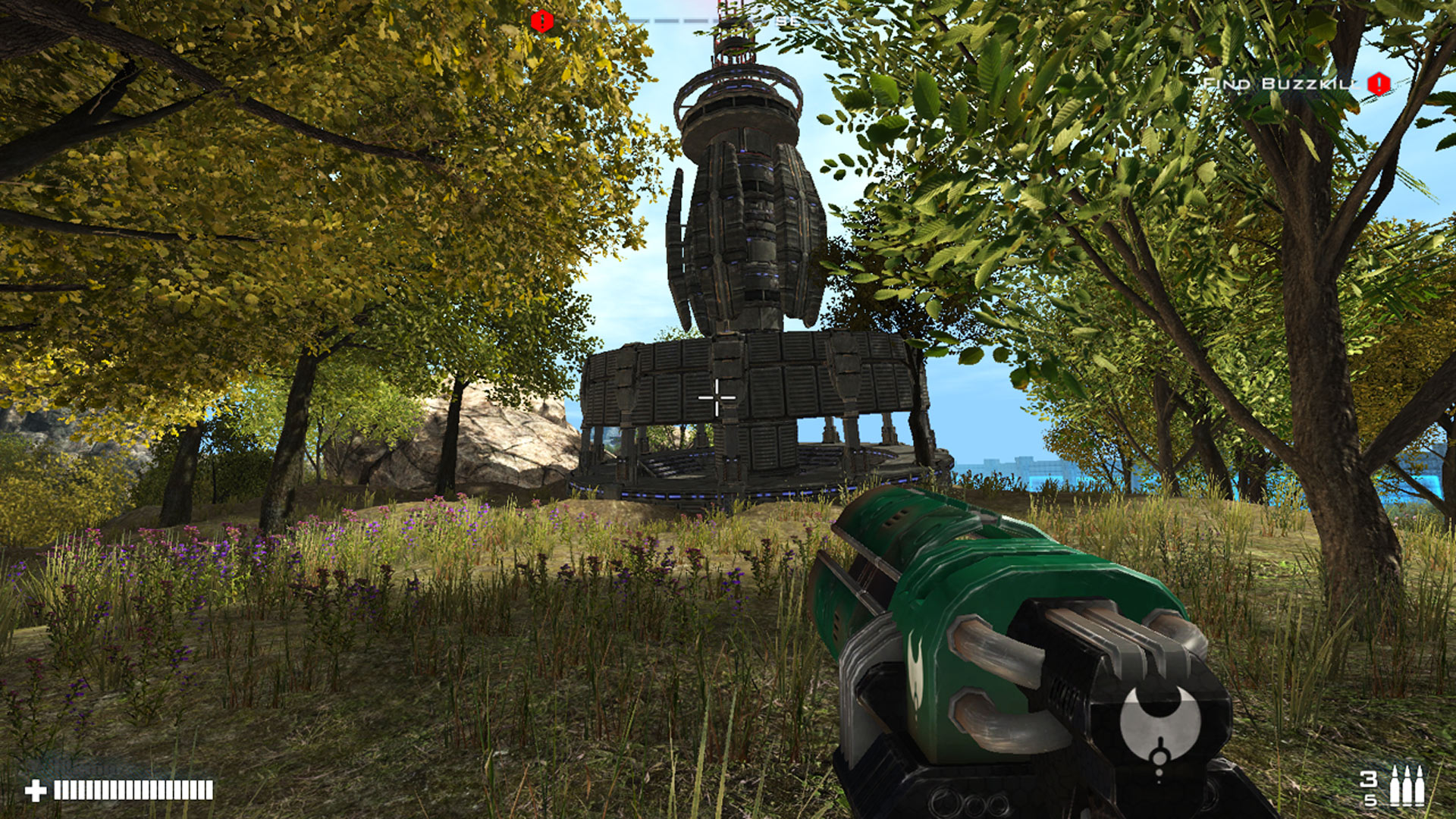 I did really enjoy Bedlam and was having a great time until the crippling issues had shown up. It's honestly almost impossible at the end since the frame drops worse than usual as there were frequent patches of frame dropping throughout the campaign. By the end if was just a crawl, but I powered through since I knew it was the end. The story was great and a differing perspective with just a tad too much social commentary. The ending was also far too open which caused disappointment and no closure for the events that occur throughout the game. There's some great nostalgia here for the old gamers and I have to say that the variety presented across the game along with content of campaign length was great. Just far too many issues and my enjoyment of the game were really keeping this a float.