Rock'N Racing Off Road DX is a miniature racing game where you guide this tiny little vehicles against one another across a couple differing tournaments. The premise is actually really neat and the game itself presents in an alright way. The tournaments each feature a number of races within them and the goal is to get first place or you can't continue. I honestly found that somewhat weird as second place is not good enough to continue. Furthermore I found it weird that selecting restart the race if you're doing bad in the say the third race will restart the entire tournament. It's actually rather difficult to make it forward since the cars beside you in the front always seem to place the same so you constantly have to be getting first to continue forward. Any small screw up will cost you the entire tournament since there's no way to recover from it. The main portion of the game is just a couple tournaments and then there are also time trials though that's just speed running the main part of the game. Really not a ton of content here, though the cheaper price point matches that. It would just be much more fun if the game itself was more enjoyable. There are also some local multiplayer races to compete in with multiple racers which were to a degree enjoyable since we all could share the problems of the jumps or getting stuck.

This is one of the aspects that made me not enjoy my time play the long titled racing game. The controls themselves are incredibly difficult relying on the thumbsticks works most of the time except whenever you hit corner or change directions. The physics are also rather odd since going up a hill or something will send the vehicle flying in some direction. I eventually discovered for some reason it was better to just keep going forward around corners or when you get stuck since being logical gets you nowhere. I also got quite annoyed at getting stuck since that was essentially the end of the race and there were many corners where the vehicles would get stuck and not move. It happened constantly to the AI drivers despite occurring to me on some races and it was odd to see the AI racers just be stuck in an area the entire race. 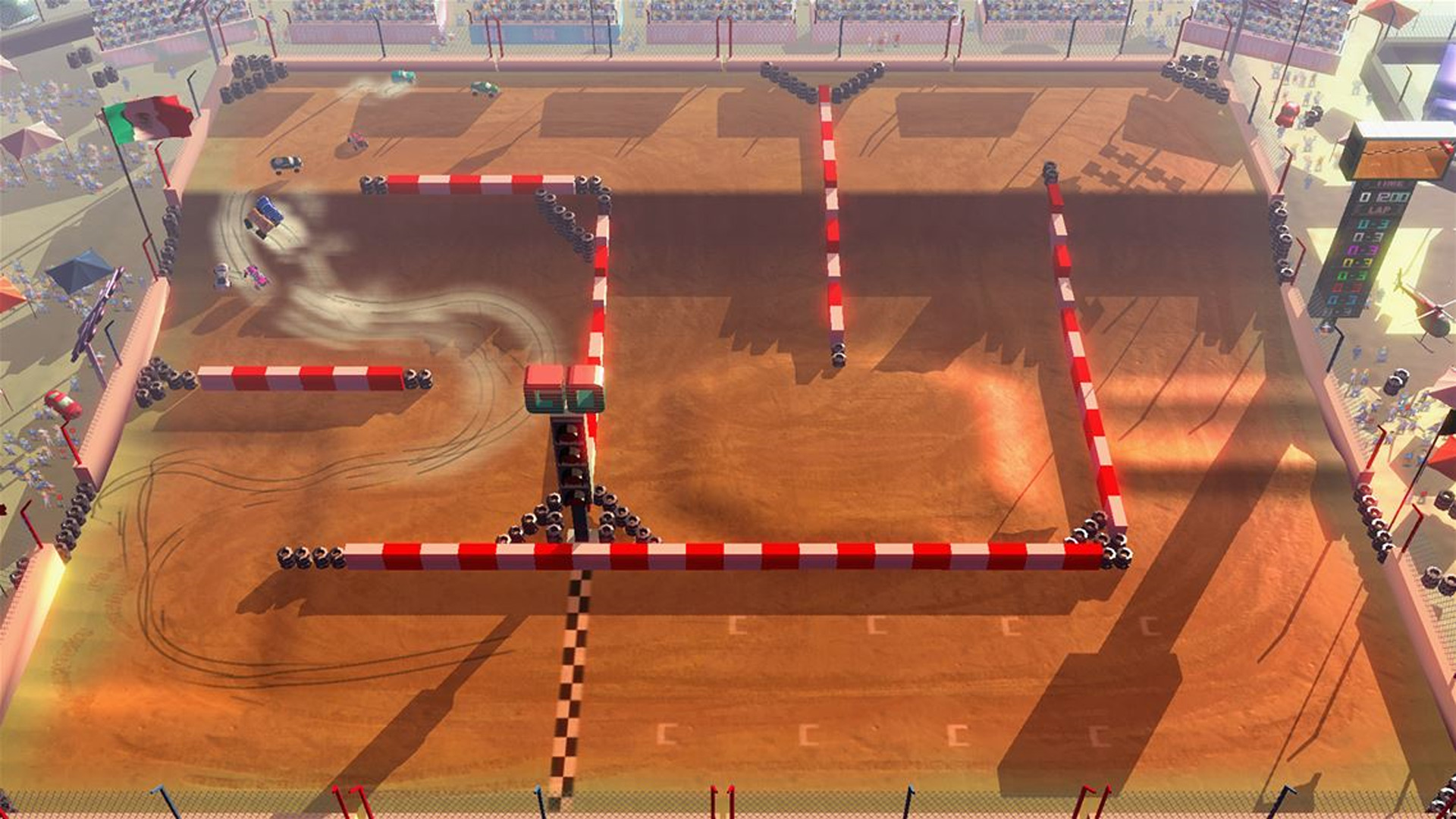 The concept of racing these really tiny cars was interesting and the race levels themselves presented well with tons of great details. It's just the gameplay and the setup of the main campaign areas of the game was poor. It's still play-able though sure to cause many frustrating moments and disappointment when you don't proceed due to a slightly lower placement in one race. The multiplayer aspect was neat and surprised it supports so many players, but still not a big portion of the title. It is a cheaper price entry for an arcade style racer, but still disappointing in many aspects.