Crimsonland is a simple game which tasks you with killing massive hordes of crazy and terrifying creatures. The game is split into two distinct areas with one being the campaign and the other being a survival mode. Both complement each other as additional survival modes are unlocked through campaign progress. While there really isn't an overall story to the gameplay, there's a lot of gameplay to be had here. There are a great number of levels and a bunch of smaller chapters within them. Each brings a unique aspect to play as it's always being mixed up and the enemies you face always have variation. This actually kept things fresh across the great many chapters and I was still having a blast throughout. I do wish there was maybe some more story elements as to what you're doing or why, but that really wasn't too necessary for the type of game I suppose. The survival mode was also great though I wish it didn't rely on campaign for unlocks since I wanted to jump in from the start to play. There's also great variation in the survival challenges from generic to more unique ones from which your best scores are compared to others in the world on the leaderboards.

Crimsonland has fairly straight forward gameplay as it's a classic twin stick game which has movements, aiming and shooting. There are also many power-ups and better guns to collect which are dropped from zombies. These range from nukes going off to weapons such as the RPG or flamethrower. The graphics aspect was actually also great though nothing too amazing, the details were slightly hard to enjoy from such the high over the top camera angle. What was really neat about them though was that limbs went flying everywhere as they gibbed, gore splattered across the ground and enemies were unique. I felt there were patterns about the enemies, but some of the best parts were when the enemies eventually cornered you. Another part of Crimsonland I enjoyed was cooperative play which goes up to four locally and really creates crazy team experiences. I would have loved to see online multiplayer since that would have made it even better, but the local play was still a great time. 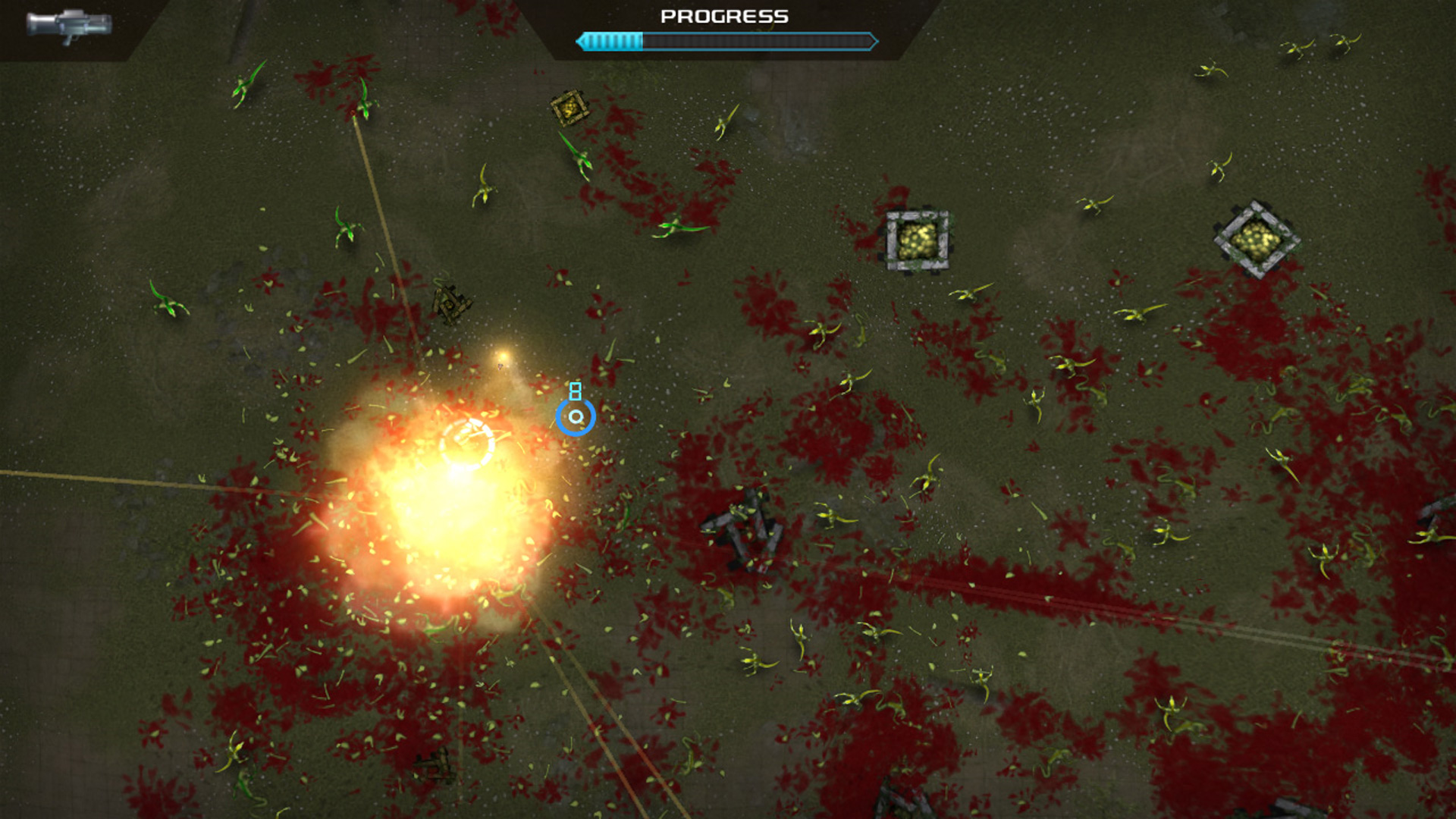 Out of all the titles I've been playing recently Crimsonland was just a great amount of fun and presented a bloody good time. There were limbs piling up and the ground was patterned with blood. It is seriously a gory title and a ton of fun to play in solo or with another player. There are many levels present within the campaign and survival only extends the gameplay options. This is a great twin stick based on survival and trying your best not to get cornered or you'll get eaten alive.

Crimsonland Review on Xbox One
Review Code Provided by 10Tons