Monkey Pirates is a very simple game in the fact that it's laid out in a relatively easy way to understand. The menu has options to learn the game which is fairly basic and then shows either the challenge mode or multiplayer area. The challenge mode takes four differing ways that the ships perform and gives medals based on performance in each of the categories. To provide clarity on that there are four differing levels each providing a challenge theme to earn medals for. This mode was alright, though I only played it a couple times before leaving with no desire to continue there. The best part of Monkey Pirates is the interesting multiplayer zone which has three distinct modes and a party aspect to it. This game is obviously aimed at the younger audience, though I personally did enjoy sailing the ship around and some of the concepts introduced which I'll go over more in gameplay. The three modes for this frantic party atmosphere area are Banana Race, Jolly Roger and Stand by the Board. Banana Race has you racing against the others to collect these bananas that appear across the board. Jolly Roger is essentially a take out the leader mode where one ship becomes the mighty Jolly Roger and everyone is trying to take over the leadership of that black skull flag. Finally we have Stand by the Board where the situation is essentially deathmatch with all the ships trying to sink one another. The best part about this local multiplayer mode is that you can play with friends, or bots which is something many developers are neglecting with these sort of games so that's really refreshing.

Things are simple enough within the game for anyone not too have issues with it, though I did love the complexity they added by creating the wind aspect of it. Every match has a random spin to determine wind direction and your ship only gains decent speed by directing in the area that has the better quality and there are so many in-match events that wreck havoc on this. There are also some neat power-ups that can appear which really switch things up in battle as well and the ship captains themselves all have special properties to them. While I did find the shooting to be rather sporadic and simple, it was still neat to be firing all pirate ship style against other ships as they swirled around the ocean. Another really great part of the game was the cartoonish art style they used as I thought it was beautiful and the crazy looking maps which had great variation within them. 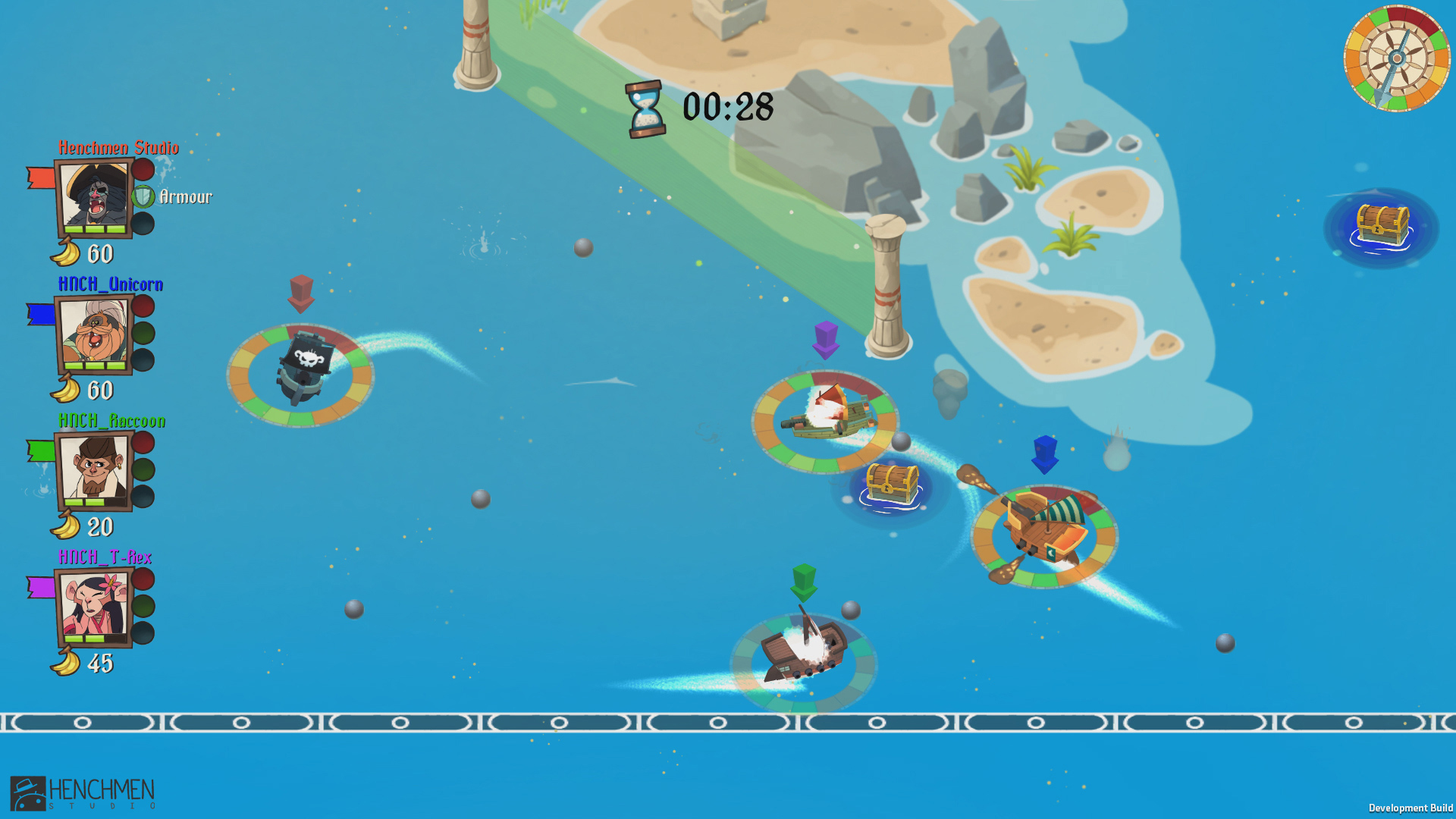 Monkey Pirates is a great party game for the young individuals that I think older ones may also enjoy playing which comes in at a great price point as well. While there's not a ton to the game it has some decent layers of depth in the gameplay mechanics and again is a matched to the price point. I had some fun playing the game and I think there is some great fun to be had within the multiplayer area though I'm not sure how much time will be spent on the challenge area. I liked the concepts introduced and actually think a large scale pirating game with the base mechanics could be an interesting game.