Consoles have definitely been opened up quite a bit this generation in terms of indie titles and the digital platform. This has created an opening for many unique titles that I might have never experienced otherwise. One of the more unique titles I've played this generation has been Three Fourths Home. The game itself is played out through a visual novel style so it's less about gameplay and more about story. Now, what made this unique from boring site there and mostly read games is that there are choices made throughout which twist your viewing of what is happening. The first portion of the game ultimately boring and I made the title seem like some sad scoped tale of just driving along during a storm. You're able to switch the radio off and make some general choices while a phone call is displayed via text across the screen. While it's smart not to drive in inclement weather while calling, I should have listened closer the first time though it was boring to an extent. The game truly gets a sense of strength and sorrow once you the epilogue. This is where choices opened and options became apparent. Through an achievement I right away got what was the canon ending as I imagined things, but this game still lets you go further the second going. You don't need to replay the whole game, yet you can continue to redo the epilogue. I did this quite a few times to see all the variations of what can happen and that's what it takes to appreciate the title. It's not about the first ending, it's the full picture that begins to build over time and that was something special.

Very simplistic and to the point as the focus with this type of game is the story elements. There were some minor gameplay options like driving along or walking down a street, but the focus was on the text conversation. Aside from really enjoying the story that had a much deeper context than thought I really loved the art style. It was minimalistic in every sense, but to the point and still somehow felt really realistic. There were scenes that varied from depicting a school to driving by corn fields or walking on a snow covered street. 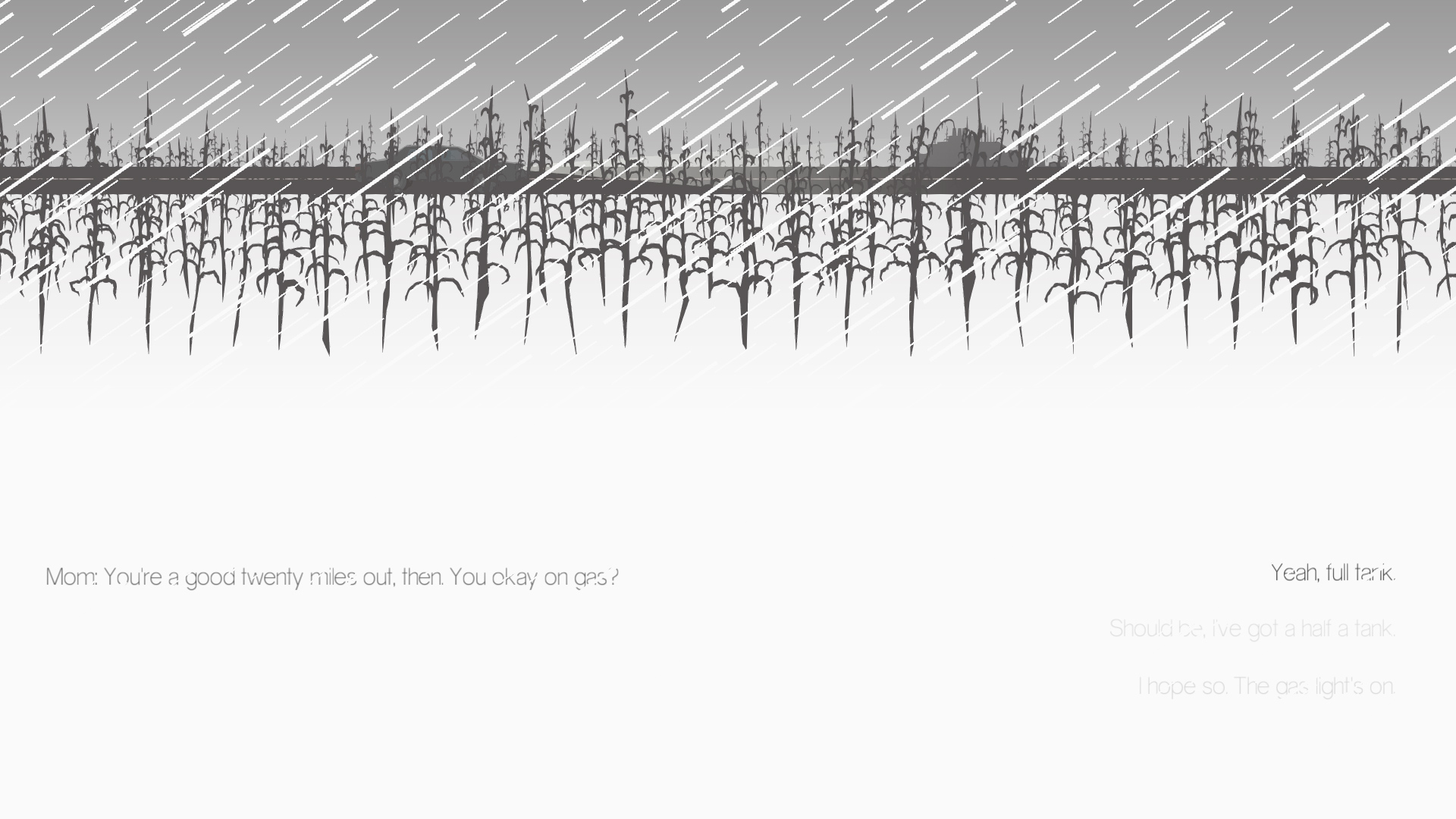 Three Fourths Home is a short story which doesn't take a huge amount of time to play through. Though the value isn't in just rushing by everything, it's in taking a look at the back story within the extras and continuing to force out other options. While it initially paints a very straight forward story the canvas quickly grows after exploring more options in the epilogue. The game may be vague to some, yet I knew exactly the points it highlighted and could see the emotional side of these characters and all that had happened. It's a different sort of game and definitely something unique on the console space to check out.