Playing as Fermi which is a particle traveling across a subatomic space you're rotating around this nerve like branch that is almost never ending and filled with things trying to end your run. I originally thought this was biology type game and that you were just climbing a nerve and was comparing things within this space to what I had learned back in the day at school, though that was not the case as you could see in my first line here. The game plays largely like those endless runner type games with frantic pace and continuous changes within the environment. Fermi's Path is split into twenty three levels varying in difficult of alright to extremely difficult. They also have the three standard difficulty modes, but those really just changed the length of your run, it was still overly difficult even getting to that half way point. For the most part I was having a great time with some challenge while racing around the stretch and jumping over obstacles that got in my way. When it continued to get difficult it did start to turn me away as it got tougher than it needed to be, especially when I switched to easy to try and bat them. Each level also has a scoring system based on these coins you collect while running though I never understood how it measured things and I honestly didn't care for that. Aside from the main level progression there's also a neat endless setting for some of the levels which challenges you to see just how far you can, really enjoyed this portion actually.

The world is simplistic in that you travel along this wire type structure and react in four possible sides of it to survive. Things prop out or move around as you go around the wire and it does get hard to survive. The hud is simple while playing with an energy meter that is your life and a small charge bar which be used to kill the enemies that show up. When it comes to movement along the wire it was mostly fine though I found the reaction time when moving sideways was far too slow and caused my death many times since the character just didn't move quickly enough. I really liked the presentation of the areas you travel across since they had a great variety of not only neat route traffic, but had some amazing backdrops. Matched with the great surroundings was the perfectly done music which was upbeat and matched the flow of the game well. 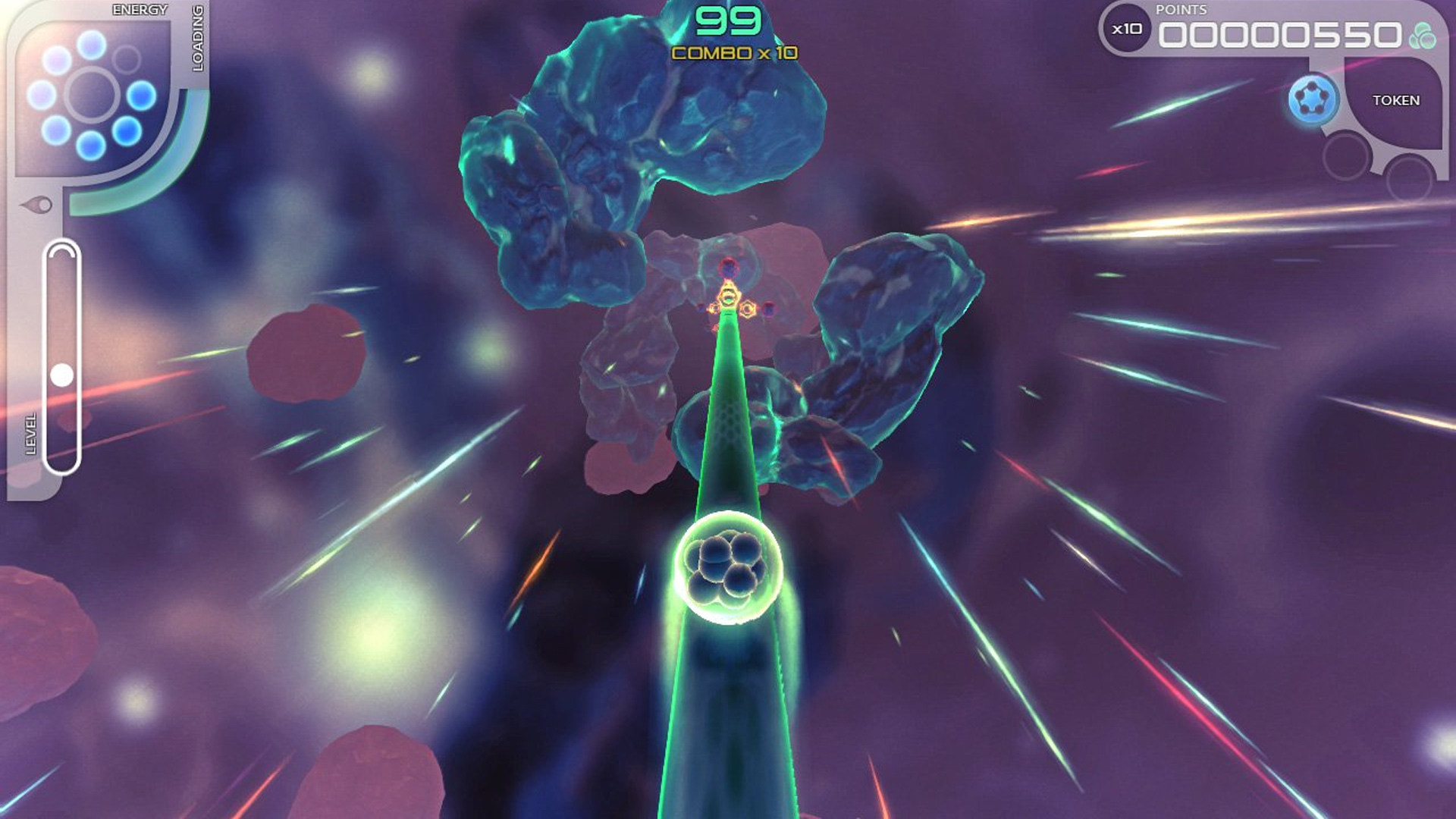 Fermi's Path was mostly enjoyable and simplistic enough that many could get into. Sadly, I found the difficulty to be a major hurdle in my experience and that could turn off individuals as well. The game had a great atmosphere to it and I loved what they did with the endless runner type style and it could have been great with some other small tweaks. The difficulty and slow reaction time of the controlled characters were both factors in this at the end. It's still an interesting game to check out and it definitely is a more unique arcade like title.