The mob boss sends you out to find this guy that everyone seems to be after and it's up to you to bring him in unharmed. Things quickly go are awry upon arrival to the city via a shipping boat as the local population has turned to zombies and has assaulted the ship. It starts out simple with learning the various abilities at your disposal like the many guns you can collect; grenades, molotovs and great cannoli that's lying around which is health. From there things quickly turn into a grind fest as your bullets whip across the screen tearing apart the mass crowds of zombies that were present. At times zombies are not the only threat since the other mobsters aren't infected either and some mutated mice as well hanging around. This created some neat mulit-enemy battles where you were just in the middle. This comes to one of my complaints about the title is that it seems focused on a cooperative experience of which you can team up with four players though when in single player it can be punishing at times just due to the sheer number of enemies. The story aspect of the game was actually well done bringing a mostly comedic aspect to the tale and also some great cinematics. I absolutely loved the artistic style that the game had going on with it and that the cutscenes reflected this perfectly. Levels featured a decent amount of variety within them and a fairly large number of enemies across them. Boss fights were also handled well with some decent creativity though I had the toughest time with one of them that a rat monster which was far harder than any other portions.

Played in almost a cartoon style of gameplay you move in a sidescrolling platformer fashion while shooting. There's great levels of depth also present within the graphics and multiple variations in height when traversing. The world has incredibly detail and the enemies that inhabit it are also unique enough to keep play fresh. Combat is simple enough, yet it's got a nice tactical approach to it since positioning does matter when firing. The wide range of guns available was also great as it had everything from the mob's standard tommy to more crazy weapons such as the flamethrower. I would have also liked some more phrases for the main character as they did get quite repetitive after awhile. The game was also clearly designed for cooperative play as it was much better in a team on the local screen, online coop would have also been great though it functions fine enough without it. 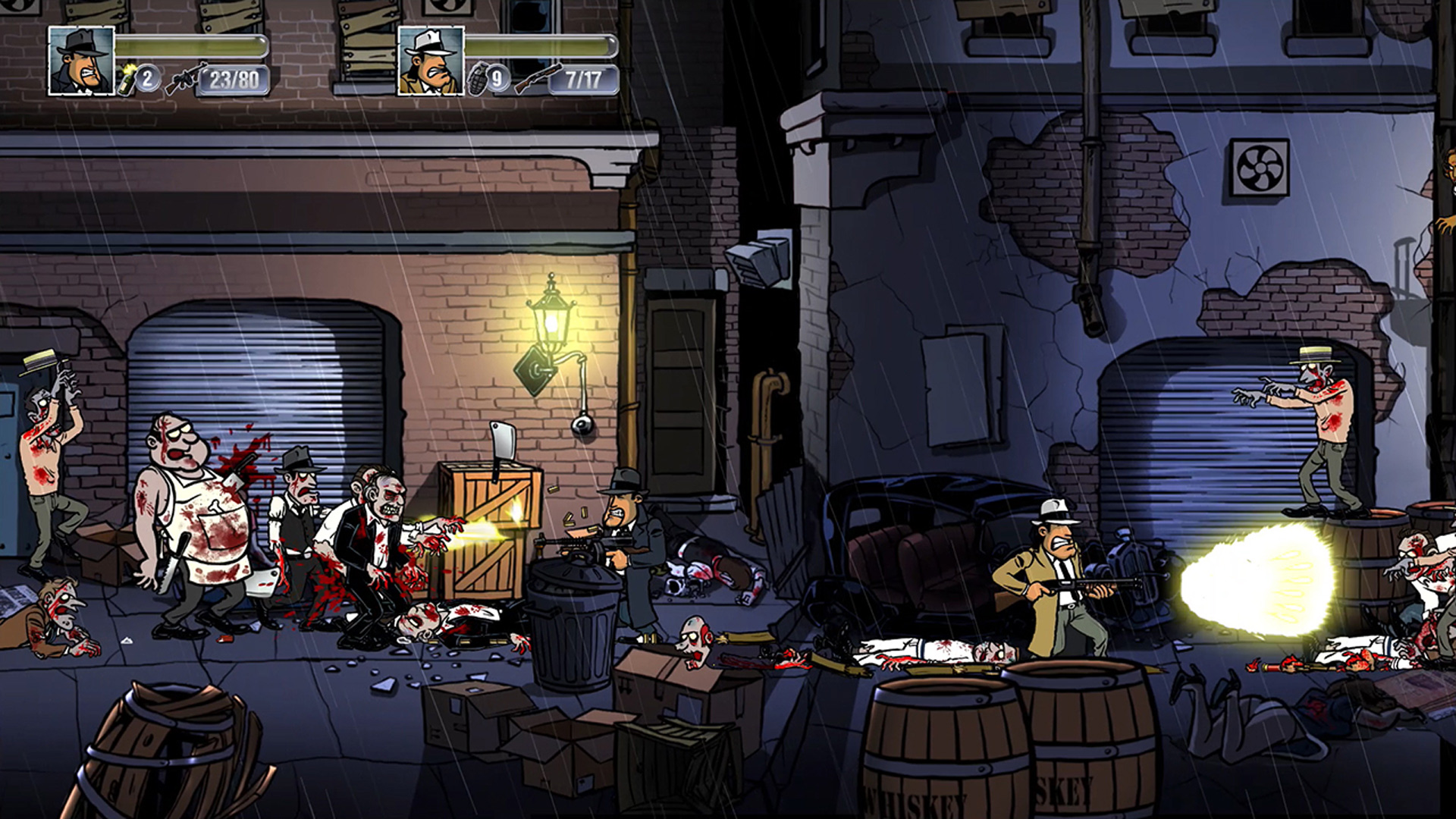 I did enjoy most of my experience playing through Guns, Gore and Cannoli with the game being much more than I originally had anticipated. The story itself was entertaining and the levels filled with great detail. The weapons were neat and the way zombies were shot down was also great. It's much better to play it with friends though single player wasn't too bad. Just quite punishing and overwhelming at times, you can see it become immensely easier with even adding one extra player into the equation. Definitely a unique title that brought just the right amount of comedy into the mix of the zombie apocalypse.