Leo is a puffy ball of fuzz that was once a great engineer whom developed many great inventions. Since then he's been sitting around with fortune until one day it completely disappears. Leo notices a breadcrumb trail of coins from his fortune, writes a note to his beloved and sets out to reclaim the treasure from this thief. From there he begins to travel across the various lands of his family which seem to all have had some sort of career ruining aspect attempting to find this thief. The story itself was fairly predictable, or at least I thought so by the end. Even then, I was surprised at the charm in the story telling and that a platformer with puzzle elements like this had a story aspect to it. The journey is split into a number of acts that spawn various locations and each covers a family member. The scenery in these worlds was beautiful and the realistic graphic style chosen looked amazing in each of the locales. It was great to see the little green fuzz ball float about through mountains, swim under the water or even trek across the snowy landscapes. Simply a beautiful and mostly peaceful platforming game, though there were weird areas like the edge curves or multiple spike traps which really stunted my progress at times which took away some game flow quite honestly. Aside from the story mode there were bonus levels to unlock and a three star system which you could tell was from its mobile gaming days.

Things are light and fairly simple when controlling this circular lump. Leo really is just a fuzzball like I mentioned previously and most movement in the world revolves around momentum and sliding around. This was great as the gameplay was mostly relaxing despite some really annoying areas, looking at you trip fall down and clench with spikes area. There was great length in creativity across the levels as well since it continuously came up with new ideas that mostly reflected level and environmental themes. This included some neat manipulation of the environment like pushing blocks or jumping across some falling columns. I felt that for the majority of play that things were handled well and again the level design was well done with a great realistic style to it. 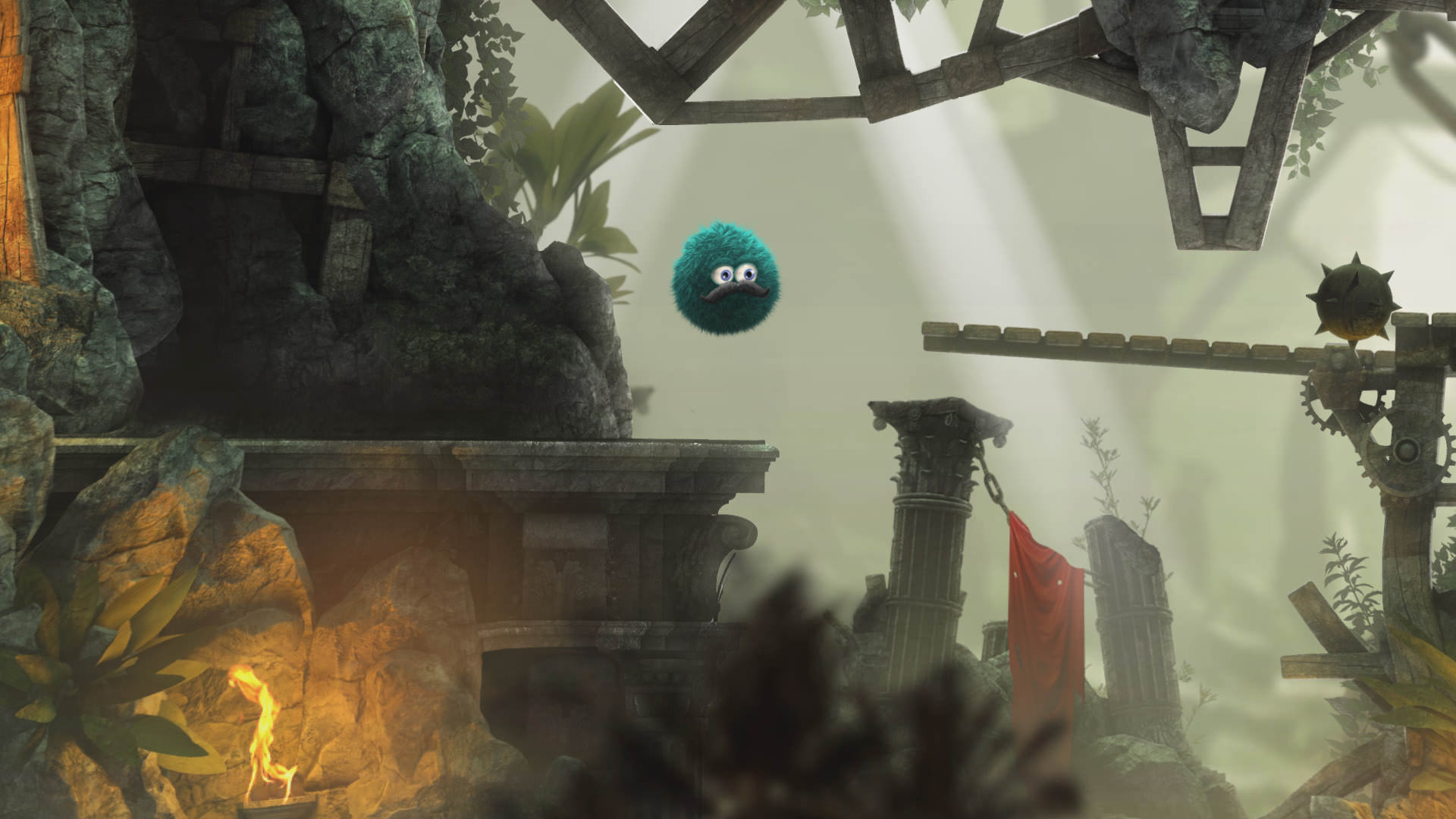 Leo's Fortune is a decent and not too badly priced title which has a few hours of gameplay attached to it. While I'm never a fan of star systems there's room for completionists to spend hours on this title though again I just don't care for them. Actually added some pressure knowing I was being timed for areas though I eventually gave up on it and the star for not dying in the levels. If you're looking for a more casual platformer this can be the title for you, it could even be extremely difficult depending on what score you're aiming for. The story was predictable though it was decent enough to provide entertainment between the acts.