I had always meant to play Castle Crashers on Xbox 360 though I just ended up never checking it out. I heard nothing but great things from anyone that discussed it so when a remaster was announced I assumed this was the best time to give it a whirl. Castle Crashers is an intense coop-focused game bringing four warriors together across various 2D brawler battlefields. Think of older games like TMNT:TIT or Streets of Rage and that's what this emulates. Except it certainly stands on its own offering a unique RPG system behind it and so much depth in the play. There are a number of weapons to collect, items to gather and pet like things to find within the world. You can use items like bombs or a bow and they even have a shovel available to gather hidden things. Each of your characters also levels while playing through XP and each level grants an additional two XP points. This is used on four categories; health, strength (combat), agility and magic. These clearly have great damage bonuses as you level, it's key to create balance so that your combos benefit from the variety of abilities. Each knight and or character in the game is levelled individually so you will need to join the right lobbies when it coop. Returning players to the game from Xbox 360 can take advantage of transferring their saves. This made things slightly unbalanced for me when searching online since everybody was so far ahead compared to my single character progression. It got better as I began to level, just was rough at the start since everyone clearly knew what they were doing. 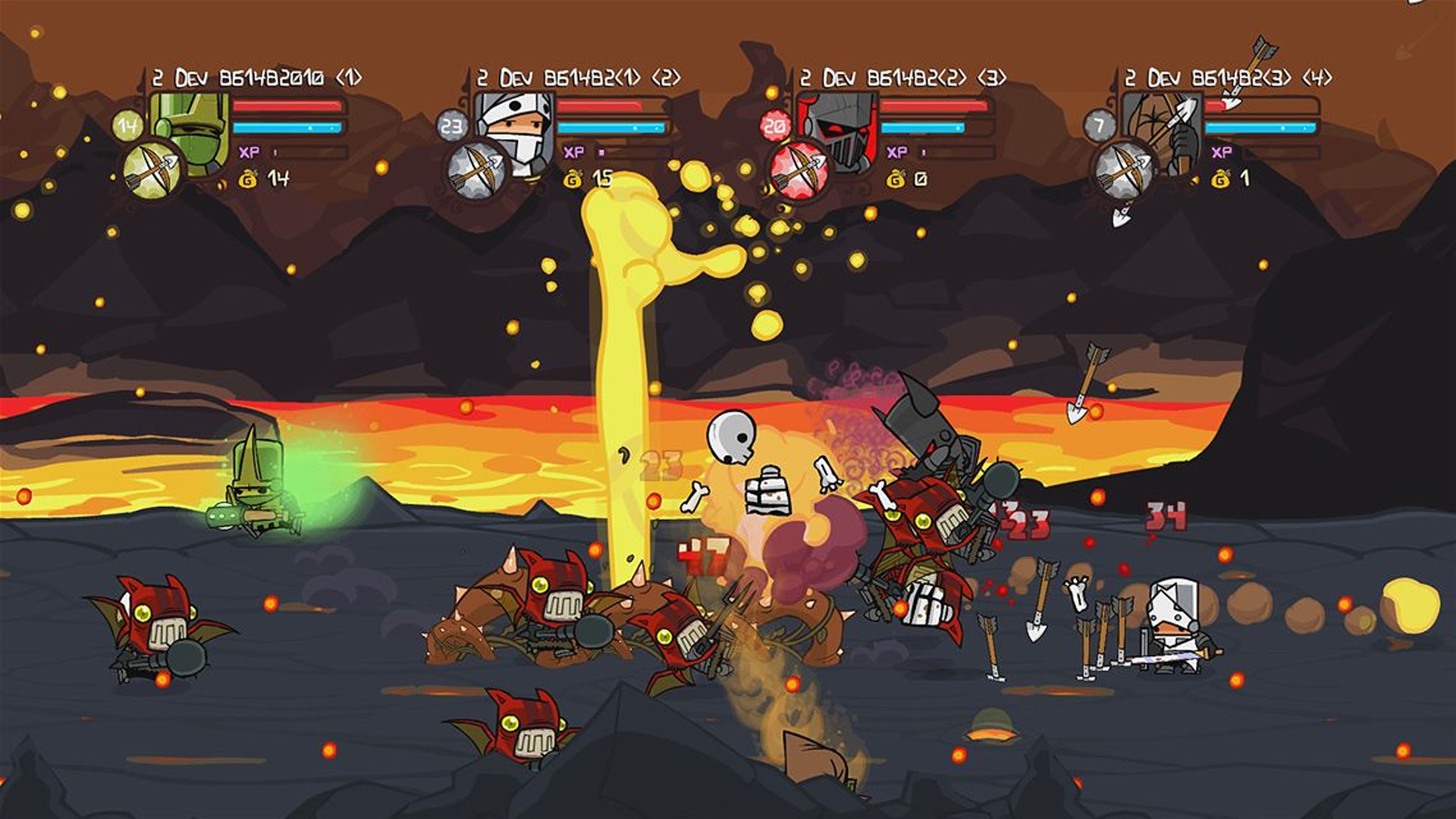 The goal of the game is to save the kingdom and collect the kisses from each of the princesses. There's a ton of side things to do along the way though that's the overall objective in play. There are so many areas to explore and terrains to conquer. You can be in a forest for one minute, then all of a sudden in the desert or a lava landscape in the next. The variety was great which consistently kept things fresh for play. The combat system was basic enough with some decent combos available so no complaints there. It did however feel a tad grindy at times with the amount of enemies present in some areas, but in this sort of game that should be expected. I also loved the boss fights present and the "event sequences" such as running through the lumber mill or swimming down the river as prime examples. There are many comedic portions present as well if you look to the side and some quite out there with poo, I'm sure some will like that though I gave an uh to that honestly. Finally, the graphics also looked much clearer since I took the time to view some old videos from the original game as I wondered if the cartoon style could indeed be improved. Multiplayer matchmaking was odd at times in trying to get a match going and honestly there were some laggy moments online that had shown up often enough.

I'll start with the new mode in the game which is "Back Off Barbarian". This is essentially a button pressing escape game which has you play as a board game character on the run from other board pieces. Selecting the corresponding button in the area around you moves the character into that place. These modes run for about a minute or two since the continually spawning enemies eventually overwhelm your movements which are tense. I didn't care too much for this mode and probably won't touch it again since I got the achievement for it. It's good to welcome new modes, just didn't find this particularly interesting at all. Next up is the arena area which everyone competes in, if playing by yourself you take on waves though if with others everyone brawls it out. I did not expect it at all when I was in a party of much higher leveled players, they destroyed me. 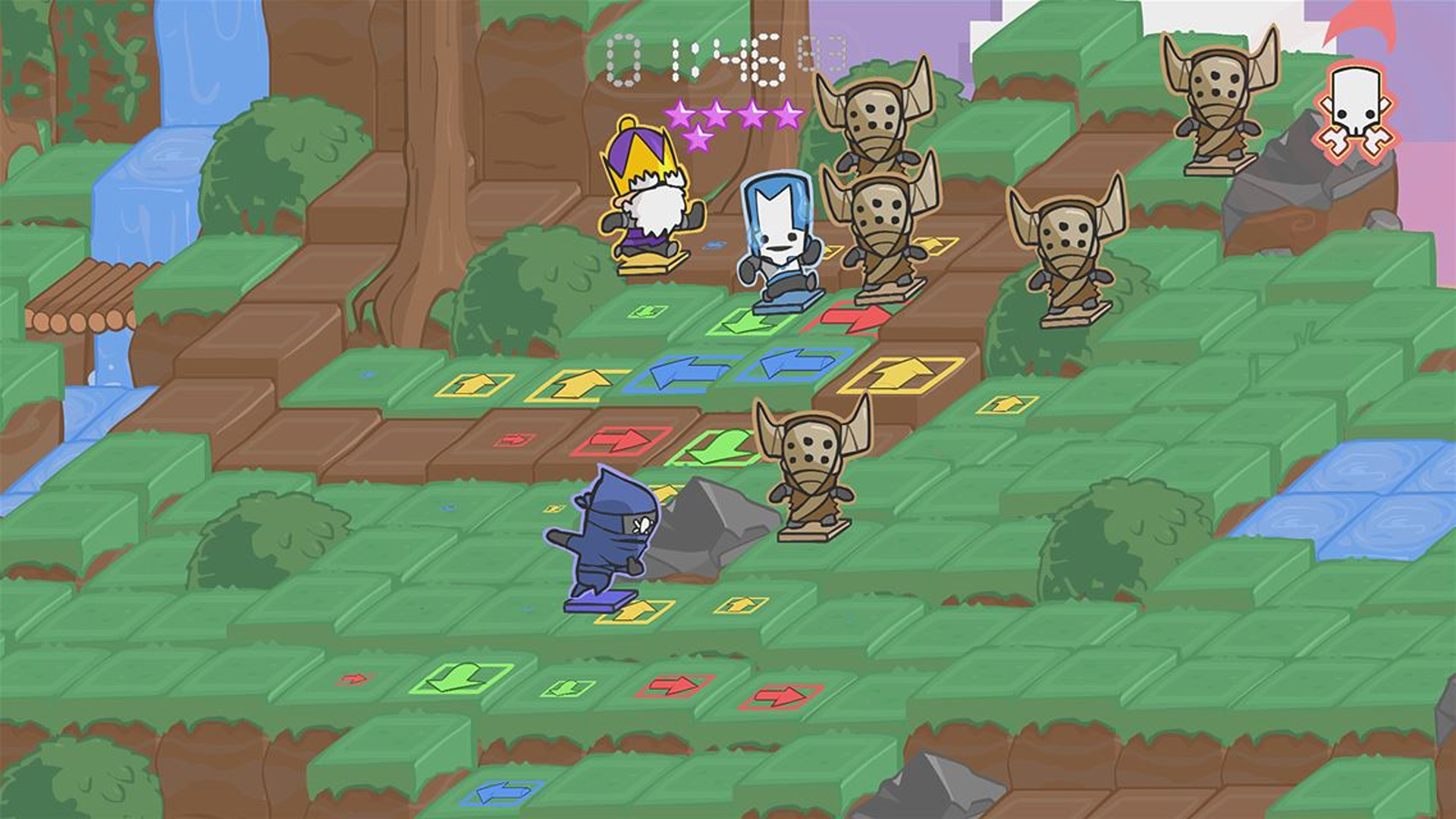 By the end of my adventures while castle crashing I had thoroughly enjoyed my time and realized I'd been missing a great game. The remastered version brings cleaner graphics, a new mode and your old characters. For new players this may be overwhelming to start, but it'll turn into a great game once you play it for a bit. There's great depth behind what seems like a classic 2D brawler.