Draw a Stickman takes gaming on the console in an entirely new direction of which we have not seen previously. To start you're able to draw your own character and then a friend for your character. This can be done with the controller or using Kinect if you can handle that. Personally I was jealous after seeing some other people's stickman which was done with the controller as you can see how my Kinect stickman turned out below. Not to hate on Kinect as it did work decently in regular play, I should have taken the time with a controller to make a cooler character, but mine's charming all the same. In the game the levels are presented in a story book format with caves connecting the various levels. This created a neat variation as certain places lead further to branching areas so you could end up on differing paths towards the end. The world itself has a beautiful parchment look to it with was begging for some crayon to spill across it. There are puzzles to complete for progression and none of them were particularly difficult. Most were quick, whereas others took some more time to solve and were all based around manipulation of the world through your crayon. Your stack of crayons continues to grow over time and vary in their abilities. The basic ones grant fire, rain with clouds and a key drawer. The variety of freedom in how you drew with the crayons was also amazing as you could create whatever sort of shapes you wanted. I tried to create a special new axe everytime I went at it, so there was a great many axes I eventually wielded.

You draw your stickman character in as much detail as desired and then set out into the world. Your stickman moves fluidly and the world is your open space to draw on. Progression is handled through puzzles and each level seemed to offer some options in how you solved the puzzles. This was a magical world where creative individuals will thrive and others will also have a great time designing wacky creations. I was also glad for the Kinect integration as that was fun, but it's really not essential to the game and the controller was much more efficient then using Kinect. 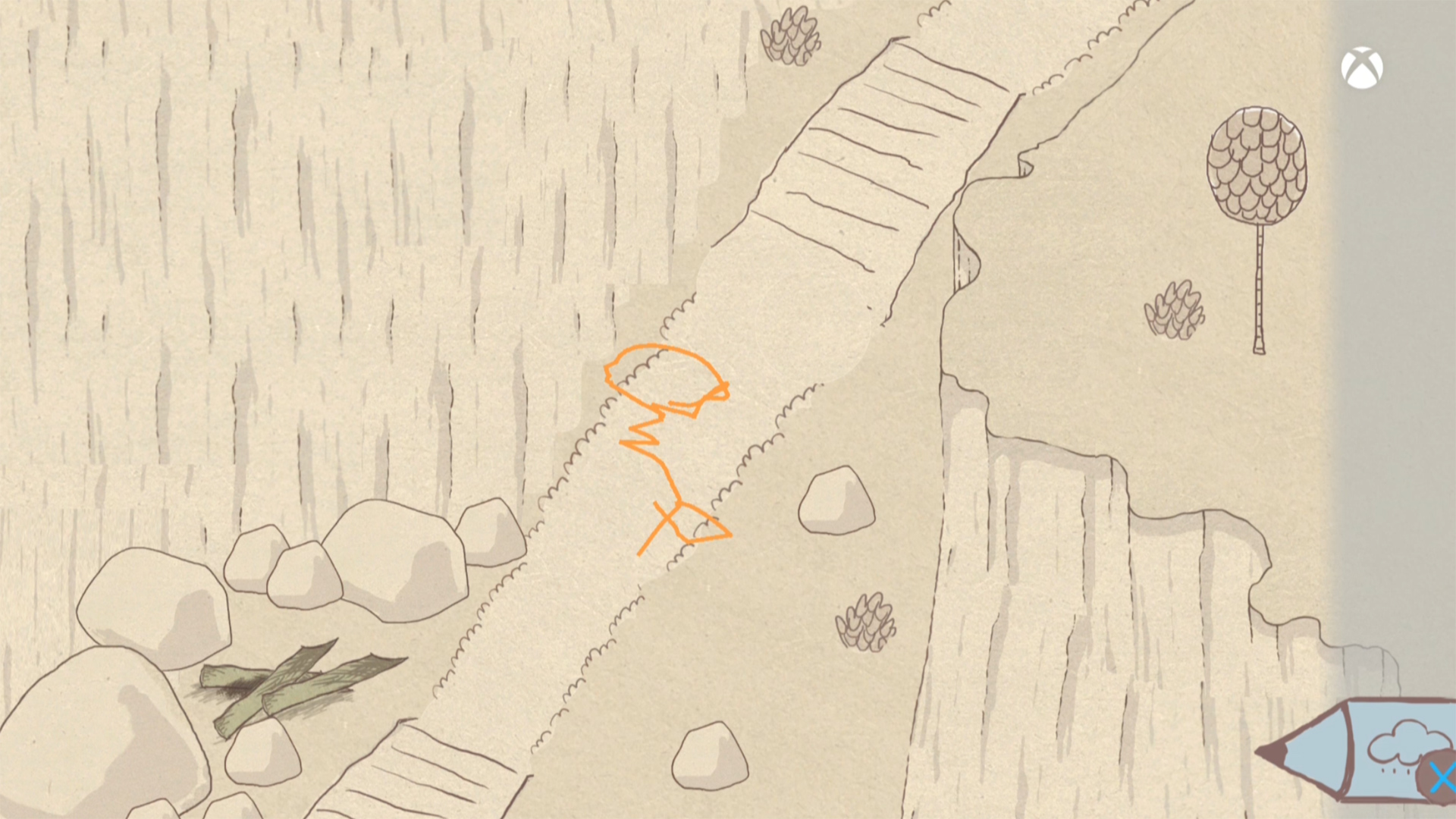 This was definitely a unique console experience as console games have never truly integrated drawing before so it was welcomed. There was great amount of creativity to be had as I took on zombies, pushed a raft from a dry bed and even lit bunnies on fire (I'm a monster, I know). It's a fun game that has a soft parchment world filled with life, yet still has dynamic areas of darkness from the creatures. The path system was well done to give options when playing the game and I liked this as well. It was also great to play some of the game with the Kinect, but like usual I'm sure many will opt for the controller.