"You Should Go Alone"

Quest of Dungeons is a turn based dungeon crawler from Upfall Studios. It has an 8-bit look to it with a top down view of the dungeon. Four heroes are tasked with returning light to the land of Virul. After character selection is made a cutscene shows the four heroes discussing that the selected character needs to go it alone, and so the adventure begins. Selectable characters are a Warrior, Magic User, Assassin, and Shaman. Once the first mansion is completed, a new character, Necrodancer is made available. Also, a new mansion and custom game mode are unlocked. The dungeon layout changes with each new game, making every restart a new experience. Given that player death is permanent, restarting the game from square one is an inevitability. Although after a few tries, ghosts of past characters have a chance of showing up and haunting the present hero. These ghosts attack like any other enemy and present a real challenge as they have the gear and abilities of the fallen hero. Enemies are varied throughout using close and ranged attacks, and random boss battles keep progression down the dungeon levels interesting. Strategy and patience are required in order to see the game out to the end. Optional quests are found during exploration. These quests involve locating an item or slaying a particular enemy for a gold and experience reward. The controls are simple and I found that the D-pad was easier for movement around the dungeon giving it a truly old school feel.

Quest of dungeons has four difficulty levels Easy, Normal, Hard, and Hell. While the two mansions have a preset number of levels and dungeon size, custom games allow changing the footprint of the dungeon, Easy difficulty is removed, and the number of floors is adjustable. The inventory is easily navigated with the first page showing items and equipment, the second lists available skills, and lastly, any available quests. The dungeons capture the retro look well and the restricted view reflects the capabilities of the older processors. The characters and enemies capture the 8-bit design staying true with limited character animations. There is a save option, but upon character death the save is automatically erased. This can be frustrating depending on how much progression was made. The game can be completed in around two hours with dutiful exploration. 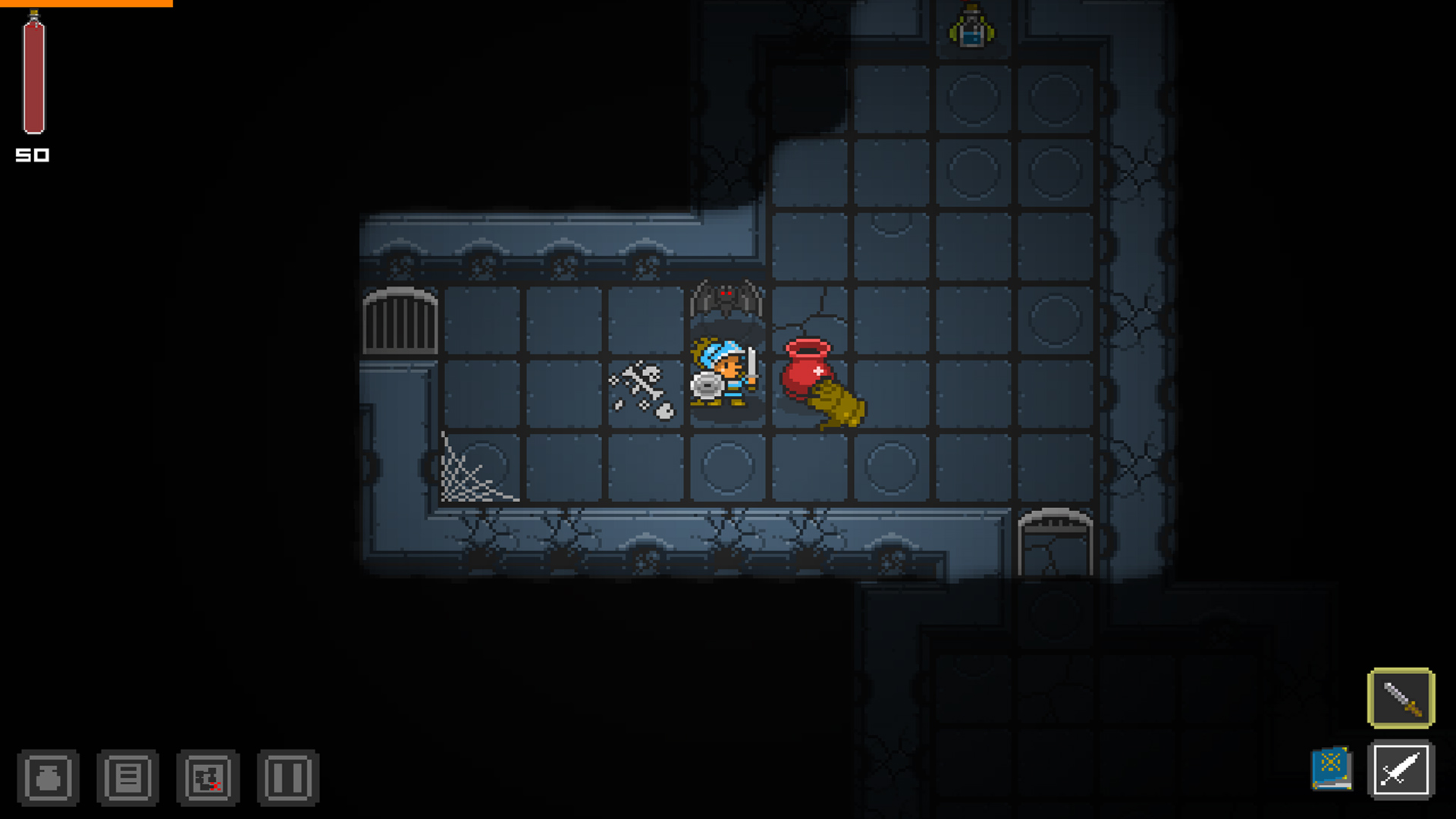 Quest of Dungeons captures the feel of 8-bit dungeon crawlers well. The game does require patience to play, whether it is formulating a strategy, to dealing with the frustration of restarting after a slip up ending in death. Random dungeon generation and multiple character selection does help to keep playability up. Quest of Dungeons has no gameplay flaws other than staying too true to the permanent death aspect. In the days when all console games looked like this, save functions were not an option. While this may appeal to retro game enthusiasts, it hurts the accessibility of Quest of Dungeons to many modern gamers.

Quest of Dungeons—Xbox One Review Rating: 5.5 out of 10
Comments by Disqus