Wolfenstein: The Old Blood is the prequel to The New Order. The Old blood takes place in 1946 and the technological leaped German army has the Allies on the brink of defeat. The game begins as Blazkowicz the main character in the wolfenstein Series. He and his suitably expendable buddy are tasked to infiltrating Castle Wolfenstein to securing vital intelligence. Your mission is to secure documents that are held by one of Nazi’s cones called Helga. Her intentions are to raise Mysterious ancient forces to vanquish Allies once and for all.

Old Blood returns to the series roots for this go-around. You head into Castle Wolfenstein to complete a dangerous mission, but things don’t go as planned your military superiors wished they did. Before you know it, you’ll find yourself attempting to make your grand escape and still complete the mission at hand. Where The New Order freshened things up by placing you outside of dreary castles and underground caverns, The Old Blood returns to its roots with those same locations. To be quite honest, those elements felt tired before and they still maintain a feeling of “meh” now. The more cramped locations you’ll be placed in aren’t as open as the ones in The New Order, which makes sneaking around less of a viable option in some cases.

Luckily, the gunplay is still as awesome as ever. The weapon wheel retains many of the weapons used during the last romp against the Nazi’s. Running and gunning with your dual automatic machine guns still feels gratifying. The new sawed-off shotgun and grenade launching pistol pack on extra bouts of fun as you blow your enemies to bloody bits. The simple joy of picking up pieces of armor from dead enemies and dog food is still a pleasure that has to be experienced to be understood. The stealth sections aren’t as strong as the ones on display in The New Order, but the fun gunplay feels great in the main campaign and challenge maps.

The other modes in the game from the main chapters are Challenge Arenas and Nightmare Levels; Challenge Arenas unlock as the player progresses through the story and are accessed from the main menu. Being a basic arena battle mode, players fight waves of enemies to obtain a Bronze, Silver, or Gold metal. Nightmare Levels are accessed by finding and interacting with a bed that is hidden in each chapter. Gameplay is very similar to Wolfenstein 3D the player moves through pixelated hallways, mostly equipped with just a pistol, fighting Nazi soldiers. The objective is to find a key that unlocks an elevator. 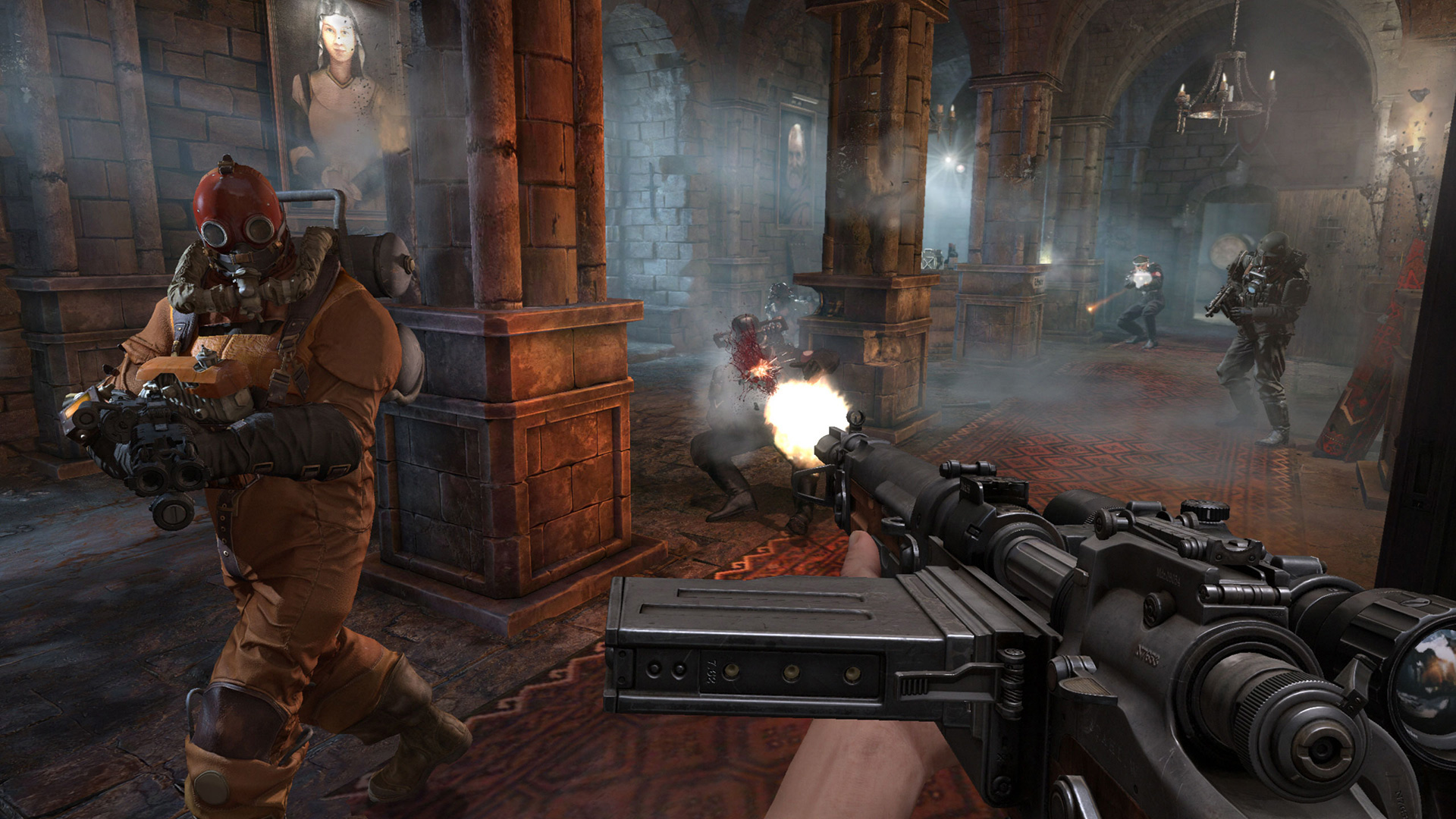 Overall The Old Blood is a strong game that takes a dip when the zombies and Nazis are entertaining enough to more than make up for it. The Old Blood simply proves a single player shooters are still an excellent option, especially for those of us who prefer alone. If you liked The New Order you’ll like The Old Blood. If you haven’t played either, both are more than worth your time and money.

Wolfenstein: The Old Blood Review on Xbox One