Ever since I heard of this title I've wanted to play it, Octodad always sounded hilarious and the concept was sound. Essentially your goal is move through day to day life without getting detected as an octopus by other people. It's a relatively simple concept, yet moving around as an octopus isn't at all simple with your body flailing about and those really awkward inducing controls don't help. I had a blast playing this as it's just downright comical at moments form structured story comedy to slapstick moments while moving in the environment. From slipping on bananas that are lying around to attempting to climb things is just hilarious. With one slip up or hitting something the wrong way items in the world go flying and the octopus flops about. It really is entertaining and a great family oriented game that everyone can enjoy no matter the age. I was slightly disappointed that the main story wasn't longer and didn't explore many differing areas, but what is there was sweet. Aside from the structured story you're also presented with some side skits which add about twenty minutes each depending on how quick you're and they extend the story of game to an extent. Within the levels you can also find a number of tie collectibles if you search the world enough, or even wear items of clothing if you can fit it on which was great. I also want to mention the coop mode which is ridiculous and completely customizable for the experience. You can sign off body parts to various controllers and change how movements work, makes things just wild.

The worlds and environments are mostly interactive with various extra things you can do. The controls are simple enough to understand, just incredibly difficult to control with precision which is great for the most part. They should have maybe made the little areas less exact as I had so much trouble with some portions including the climb of a jungle gym. Still, the concept is wacky and well designed to create the most hilarious scenarios. Toppling over mass amounts of physics objects everywhere was a blast and it was great to see a world that could be manipulated. 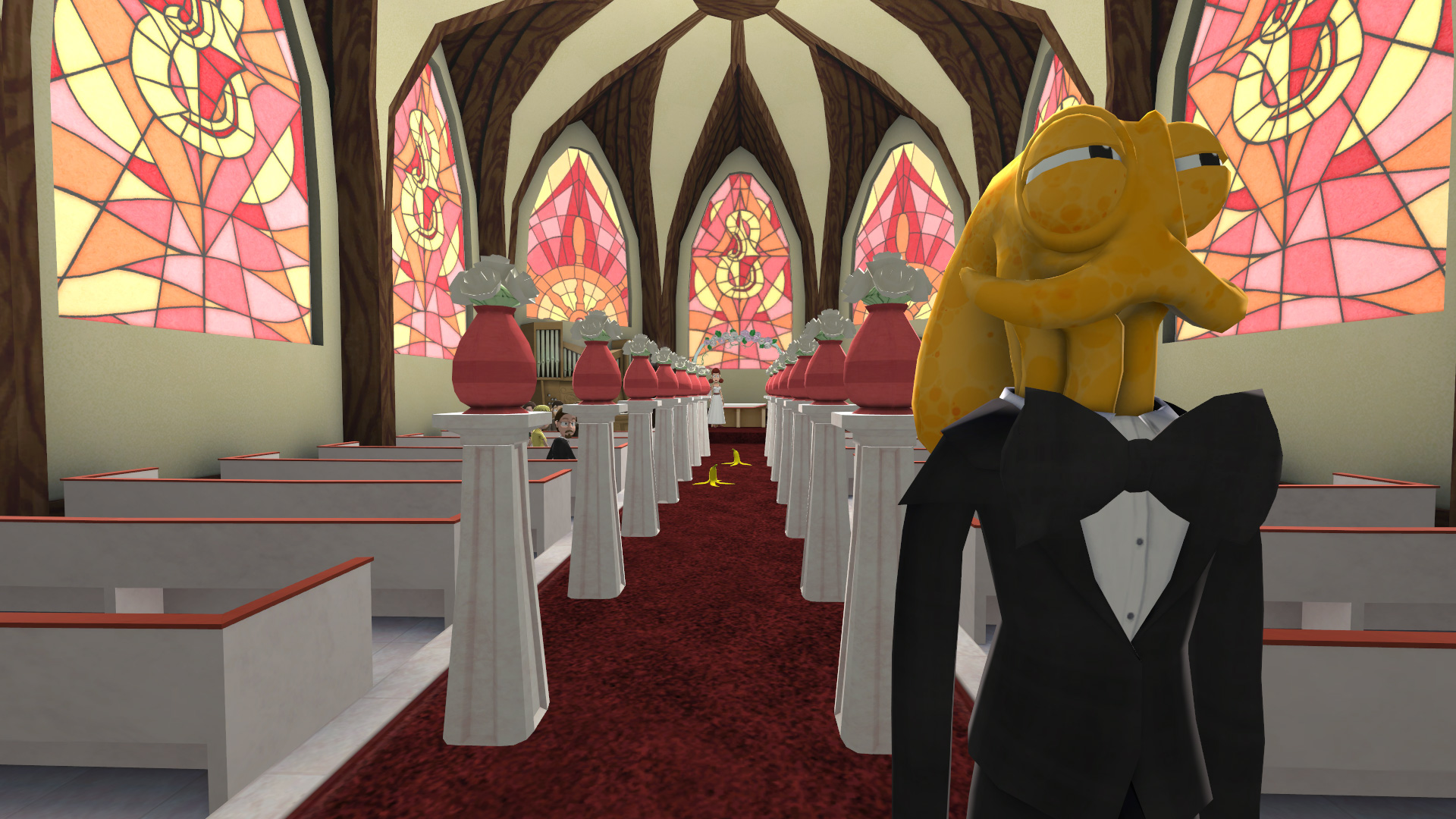 Right from the start of playing during the chapel scene you should be engaged with laughs and hilarity which give a warm feeling from the start. This is a soft hearted game that has both calm and epic moments presented within the storyline. There isn't a ton of gameplay present which slightly holds back the game, but there's so much charm in the title. I enjoyed my entire playthrough of the game and the skits were also great for some quick extra story content. The game is essentially just a bunch of misadventures for this octopus guiding along his human family while also trying to hide his true identity. It's a great tale and definitely worth checking out on the console if you haven't already had a play of it on other platforms.