I'm honestly not surprised to be reviewing the second offering of Goat Simulator for consoles within six months as I can only imagine the original version has performed well. My biggest question heading into this Mmore Goatz edition was whether there really was some better content or if it was just more of the same. Initially during the MMO goating portion I found it slightly to the latter, but once I continued in I found that there really was more and better content. I'm going to start by going over the first half of the game which is the MMO portion I just mentioned. The whole concept of this game has really embraced the satire approach as they do nothing but make fun of other games in this package. We're welcomed to a bit of an RPG system, but all the characters are largely the same aside from the microwave which is hilarious. Once loaded into the world things really show off exactly how MMOs are these days, repetitive fetch quests mixed with glitches everywhere. Some goats stutter while other areas have their own problems. It was actually a quite comical and fairly large world which is entirely open for you to goat around in. From the weird fish people, to the king's pet or even the elf streetboys there was never a dull moment. Highly entertaining if you played the regular version or just want to check out this one.

On the flip side of things we have another massive area which is GoatZ. I originally had thought just the MMO was included, but this is definitely a huge bonus. There might even be more content within this portion as you choose to start the outbreak which was fun or dive right into survival. You actually need to craft items, eat food and run around as a zombie goat in an attempt to survive as many days as possible in this harsh world. This place is also filled with the many smaller activities to do and rewards you upon completion of highlighted objectives with supply drops. In its own regard this mode is just as good as the other to make this a well rounded package. Also present within both are the returning trophies to collect and many easter eggs if you search enough.

You play as a goat, of course in the third perspective. You can lick things to drag them or generally cause mass mayhem on the general populous. With Goat MMO you can also level and take advantage of character class abilities whereas GoatZ you can infect people and are a zombie goat which is something. Movement works great though there are many glitches present in doing things which is played off as part of the experience which I accept. The game can also be enjoyed with up to four players locally just like in the past goating title. Mutators also return with a couple new ones for you to unlock and use within the games. 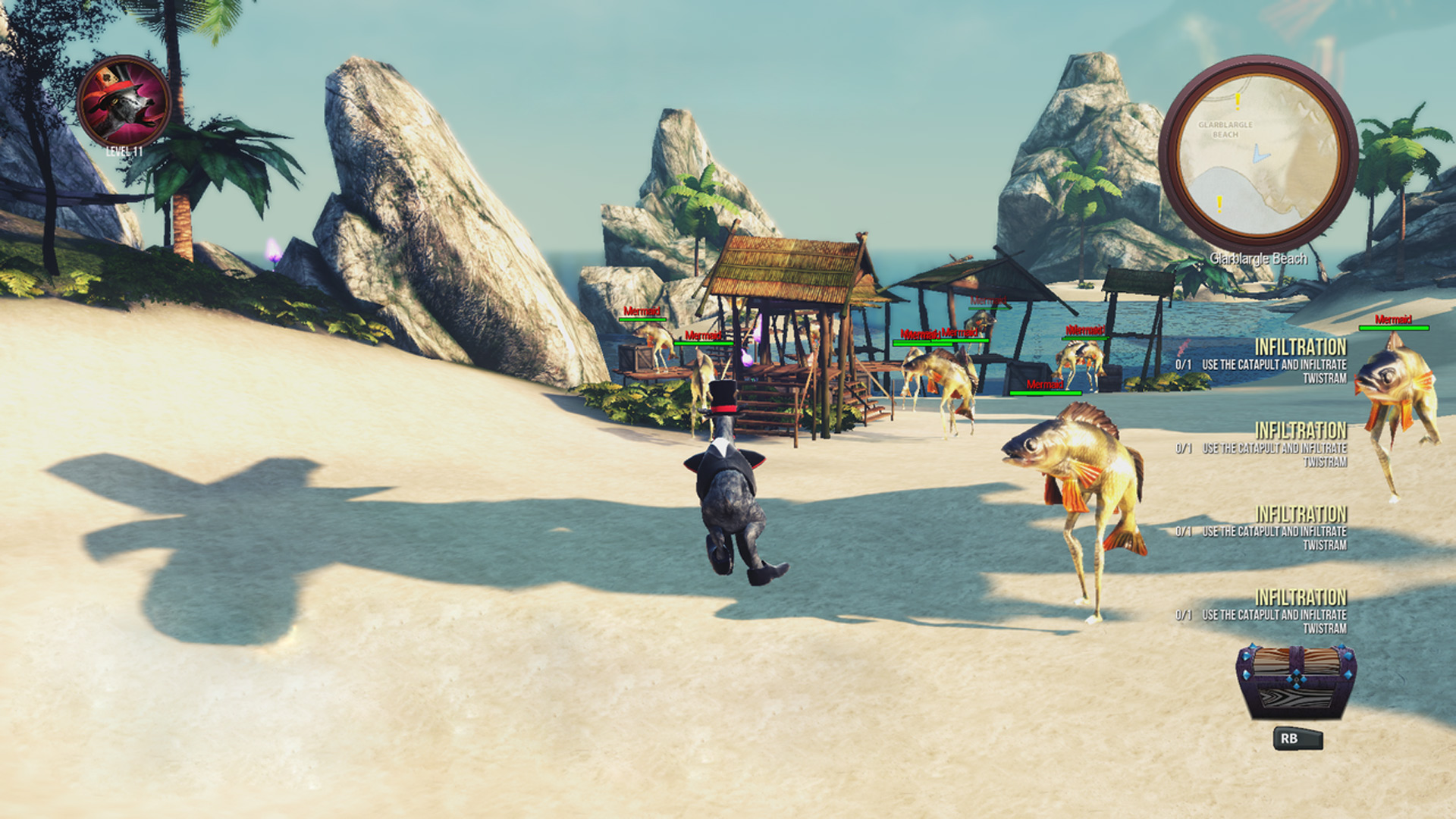 This brings us with many additional hours of goating around, of course being great if you liked the first version. This transcends the level of satire to a great extent and I liked that aspect much more in this edition. When you look at Mmore Goatz you get a complete package for another goating experience. I mean that in terms of getting a well rounded additional title that stands alone from the original so you don't need both to play and this one might even be better depending on preference. By the end of my goating through this new edition I found both Goat MMO and GoatZ to be highly entertaining satire games in this goat series.