You have upset of the gods of the deer people and are now vanquished to live as one and grow even through death. That's basically the starting premise and all the information you get once you start running through this fairly straight forward side scrolling survival game. As this deer you never really are told the purpose of what you're doing so you just sort of keep running on and on. I went through twenty five days straight within this hostile, yet beautiful world as I continued to explore and learn only small aspects. It's really boring honestly and I also want to make the comment that I've played after the point of twenty five days, I just wanted to note I sat there that long in one session and it was slow. There are some points of interest that appear in this randomly generated environments with the most noticeable being a train that rolls through a certain portion though not enough for regular gamers to care about. I personally love games that attempt to create a deeper meaning with unique concepts, though I didn't really see anything of that sort explored here. The game does attempt to create a mortality meter, but that really doesn't do or mean anything at all in the overall scheme. At a certain point the dark scale which is easier to accomplish you become a red deer, than you die and become a rabbit. With the next death it just resets so there's absolutely no point to it at all like most of this game. The evolution of the deer was great though they needed to explain what's required better as you start running with no guidance or narrative.

Probably the most redeeming aspect of this title are the graphics, Deer God looks beautiful. It's one of the most perfect use of pixels that I've seen yet as it feels more realistic just by the amount of detail presented in this world. There's so many layers and levels of this pixel world which work together in amazing unison. There are even more apparent at times of leaves floating to the ground or when you reach other weather variants like the desert or snow landscapes. They did a great job with making the place beautiful, yet maybe more time should have been spent on some sort of story development. Levels are also constantly and randomly generated as you progress to make it completely unique every single run. 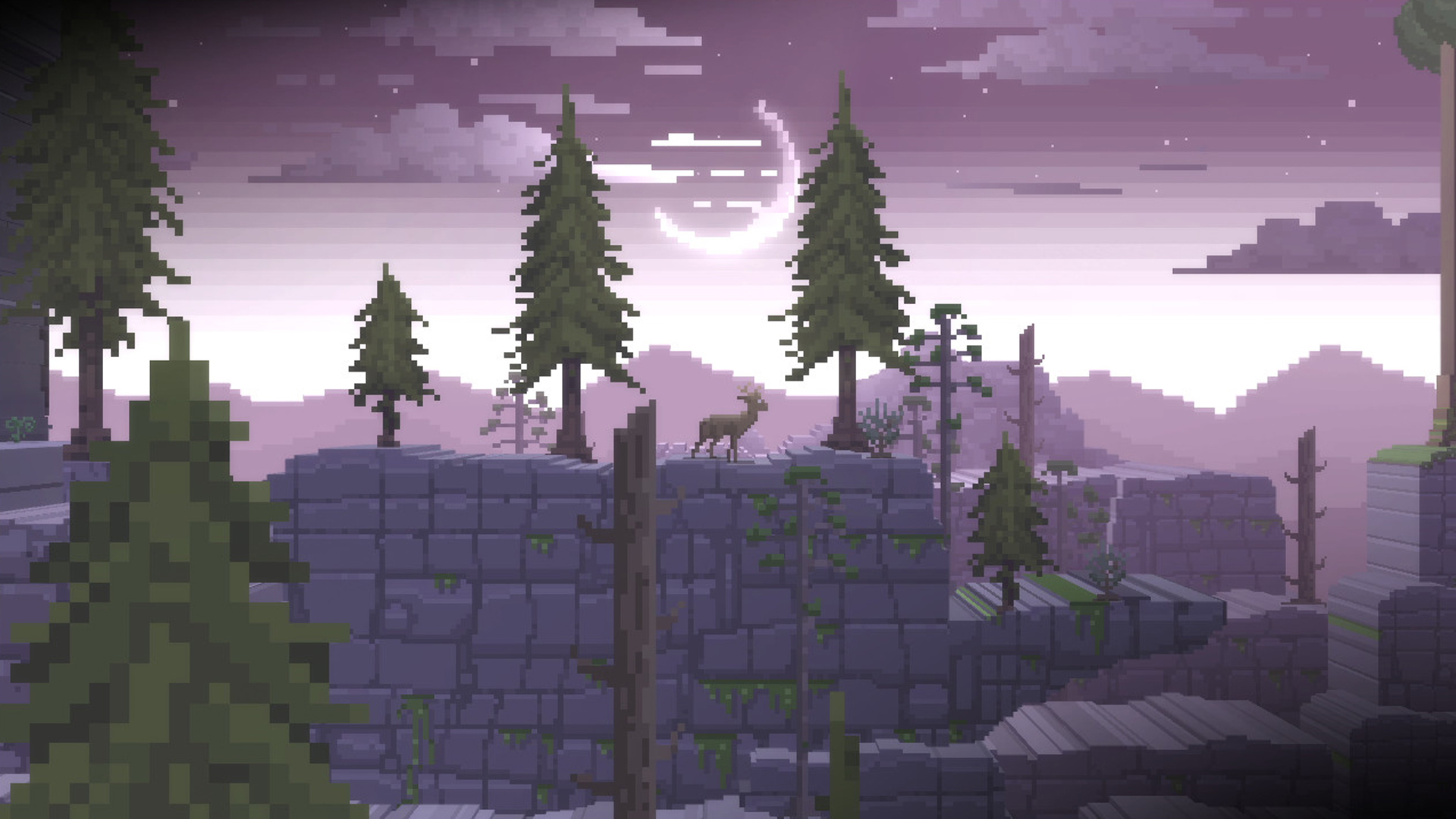 While it was neat growing as a deer and mating for future spawns I felt the game was boring. When it comes down to it all I just sat there looking at the screen in wonder of whether anything was going to occur. I don't imagine too many will actually want to play this due to that design. It's neat and looks great with the pixel art being randomly generated as you skip along, but nothing happens. There are ending goals present with some trigger events though like myself many will just want to stop playing long before anything of significance shows up. Deer God looked great with some well thought out concepts, yet it just never gets anywhere aside from straight deer running.