Dream Runners has taken the concept and style of Giana Sisters forward into a fierce competitive multiplayer space. In this title there really isn't any sort of campaign of sorts and really is a more arena type battleground. With these nine spaces you compete in a party of four giana sisters in order to eliminate each other. This is accomplished by moving more swiftly then the other girls, hitting them with power-ups so they get off-screen or generally surviving the timer by coming in first. It was actually quite enjoyable and I was really getting into some of the levels as there were many tense moments. The levels themselves take many elements from Giana Sisters so that it feels the same, but gives us a side view of the action with everyone running at once. It does get really intense as I mentioned and there are many frustrating moments when you can't move through the world fast enough and you get eliminated for that round of play. Each match takes place on a level and your goal is to reach three stars. This itself is accomplished by beating out all the girls by the methods above three times, after each win the girls all get reset to a place and race continues until one hits the three stars.

Like I stated above it borrows the same level movements and hurdles from Giana Sisters, but displays it in a new way. There's also the concept of switching between the dreamscape which directly affects the runs though you can't appreciate the difference of worlds too much since everything goes by so quickly. It's a very fast paced game which may cause issues for some and other portions I found difficult for the regular player. I felt that maybe for this party-like title they should have went for more simpler movements in order to attract players to the franchise and to perhaps get younger ones into this since artwork wise I think they would love it. Aside from that the game can be local with bots (something other studios seem to think it un-important) and online multiplayer of up to four as well. 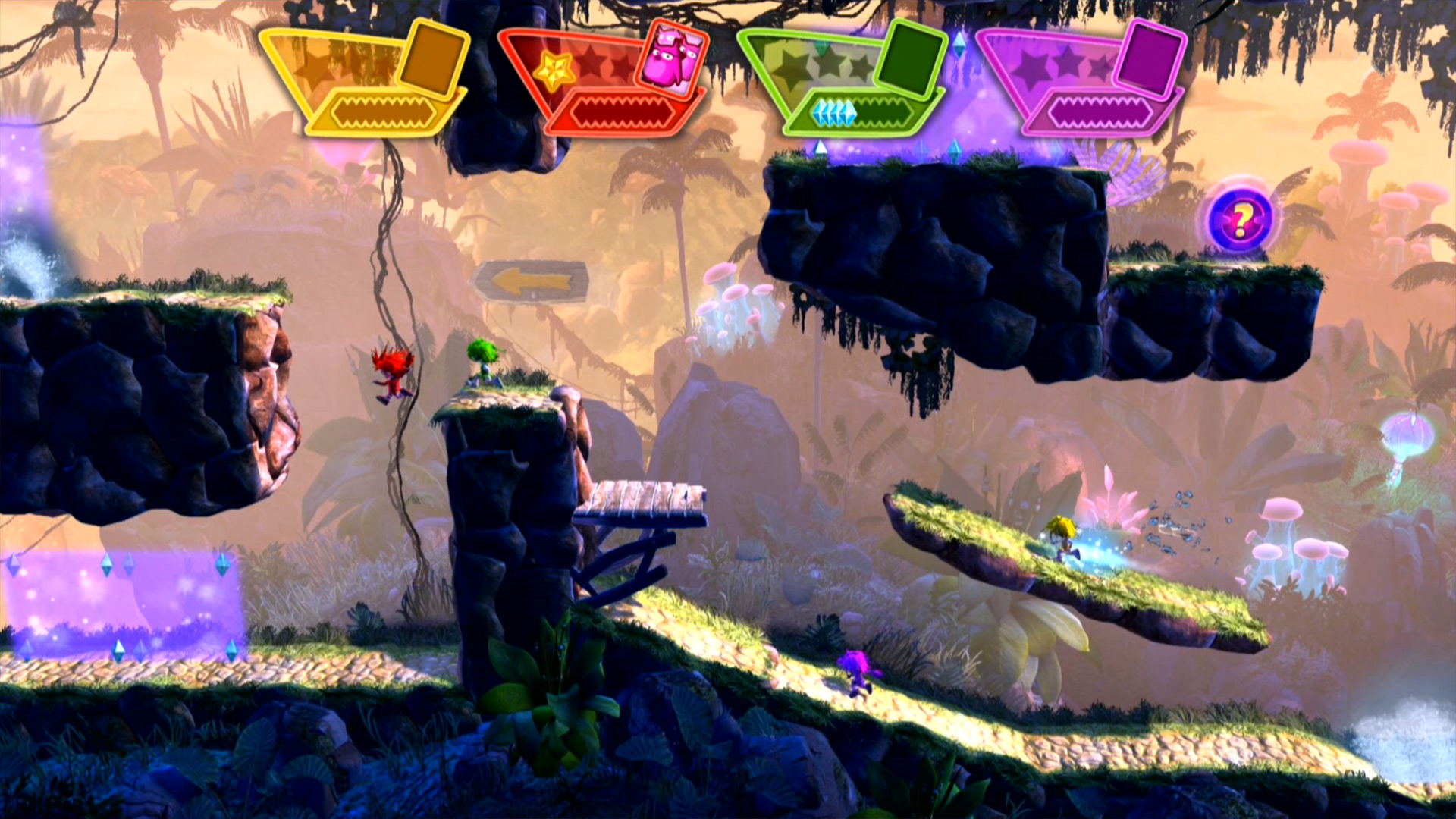 While there certainly isn't too much to this title, it does provide some exciting and intense levels to run across. The movement is well done and absolutely crazy at times with the four colored girls racing about doing their own thing all the time. I liked the bot play and multiplayer was also fun if you can get into a match with people. It's a solid more casual version of Giana Sisters and something regular players will be more likely to enjoy. It's also a great party game that requires some skills to tackle as those later levels have a steep play curve. By the end of what I played before writing this review I definitely had a great time with some tense moments which means there was the right amount of competitive player mixed in there.