I've played a bunch of strange games in my time, though Commander Cherry's Puzzle Journey almost tops that I would say. I don't know if it's the strange things you do, the piece of steak that's your ship or the trippy backdrop. Cherry crashes on this planet on his steak ship and then explores through it. It's a platformer of sorts except you use your body in somewhat yoga poses in order to advance. You basically extort your body through various stretches in order to collect coins. Sometimes you have to grab all the coins to progress and other times you don't. There are of course variations in how you must stretch to get Cherry across and he also collects new abilities over time or when you die a bunch. My favorite ability was the gun that would cut into me, after making a strange position I could chisel pieces of my real body so that cherry could progress. I even decapitated myself once and at another point which has nothing to do with the gun I was bouncing on my belly, which was comical. Across the multiple levels you will do plenty of body posing which will cause you to sweat and feel sore, that's a good thing for Kinect title. I never really got the whole story or why we were moving across this semi-hostile world, but that didn't matter as it was enjoyable for the most part. There were some flashy scenes and really strange characters that would pop up at random as well, they were weird.

As stated above you get these small view areas that show multiple times across the level where you build a platform. This requires you to work within the space using your body to collect coins or build bridges across the gaps. It gets more complicated with enemy plant things and multiple grid creation. It was a great concept which always fascinated me about the game and it was mostly executed well. Sometimes it wouldn't quite be how I planned it as a coin would fade out and I'd have to get into an awkward position again which was annoying. There are plenty of times where you can also share your awkward photos, you can find one of me below! The game is also a mix of Kinect with the controller so it may be even harder to format yourself while holding the controller. The platforming elements with the character were well done and it was neat to switch between Kinect play and controller play all the time. It's a great use of mixing these two technologies together. 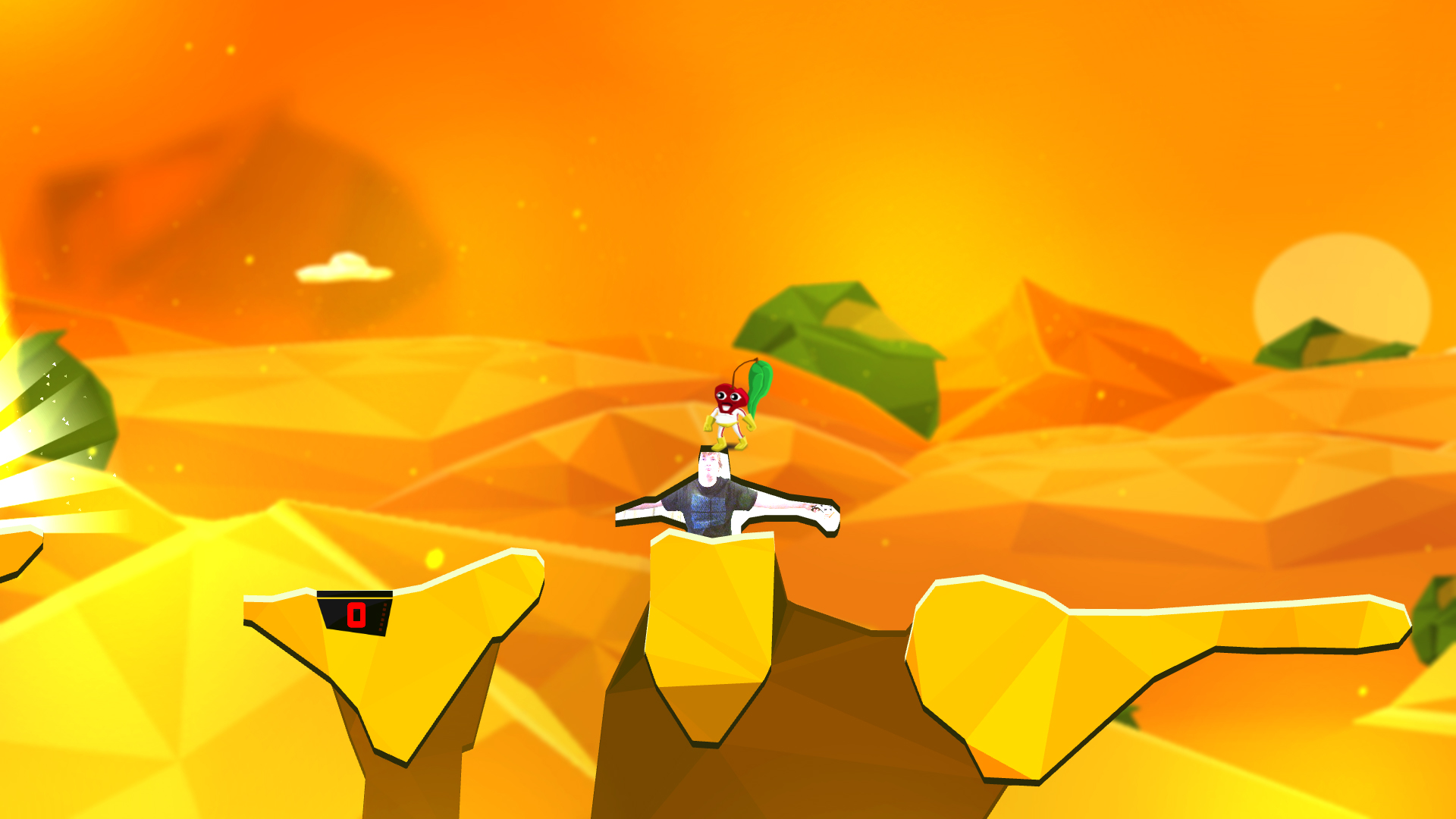 While this game will confuse many and certainly isn't for everyone it's a solid game with an interesting concept behind it. The use of Kinect and controller together was well done in most situations though it was annoying in others. There's many great ways to share the hilarity of your poses in this vibrant world of color. It's mostly really a strange titles and one of the most out there you can play on the consoles. I didn't think the title was anything amazing, but it's still a solid game and I think children would absolutely love this game. #yogawesome (haha)