Toy Soldiers has always been one of my favorite titles featuring the nostalgia of playing with plastic army men and seeing those fantasy battles actually play out in a certain way. This time around they've gone directly into the hearts of those from the 80's which I'm not, yet I still love these characters since I played with them when I was young even though they were from another time. Sadly my review is just based off the standard War Chest edition which doesn't include those amazing and licensed characters including G I Joe; Cobra, He-Man and Assassin's Creed (AC doesn't make any sense, I know).

The game itself though is fantastic and builds on exactly what made Toy Soldiers special so many years ago, it even made me wonder why I've neglected to go back and play more Cold War after all these years. Things are largely the same with the title as it really doesn't need to break away from that winning formula and it's been long enough that it feels fresh to returning players as well. We're presented once more with Kaiser as he leads his troop into the battle, except something has changed. There's more of a story element in the background with young kids and now we have mystical fairy like creations to engage in combat with.

The whole mystical side of things was hilarious and I loved these odd new additions. It was what I imagine creative war scenes would have been like if I didn't always fight with my younger sister in regards to everything. I loved this as my artillery would be attempting to gun down a pegasus or Kaiser would be firing away at fairies floating towards my sandbox. There are of course other factions present, but these two drew the most juxtaposition.

The game once again features a central campaign mode which allows you to complete scenarios and learn the game well. Each character present has their own set of levels to play which was great and will provide hours of gameplay. Again, if you'd like to extend that you can also pick up the deluxe version or extra characters for their campaigns.

Playing anything within the War Chest will unlock tokens which can be spent on these toy packages. These boxes will grant you additional toy pieces which can customize the look of your army. It makes things a tad more personal which was great and you can also win these randomly at the end of levels as well. 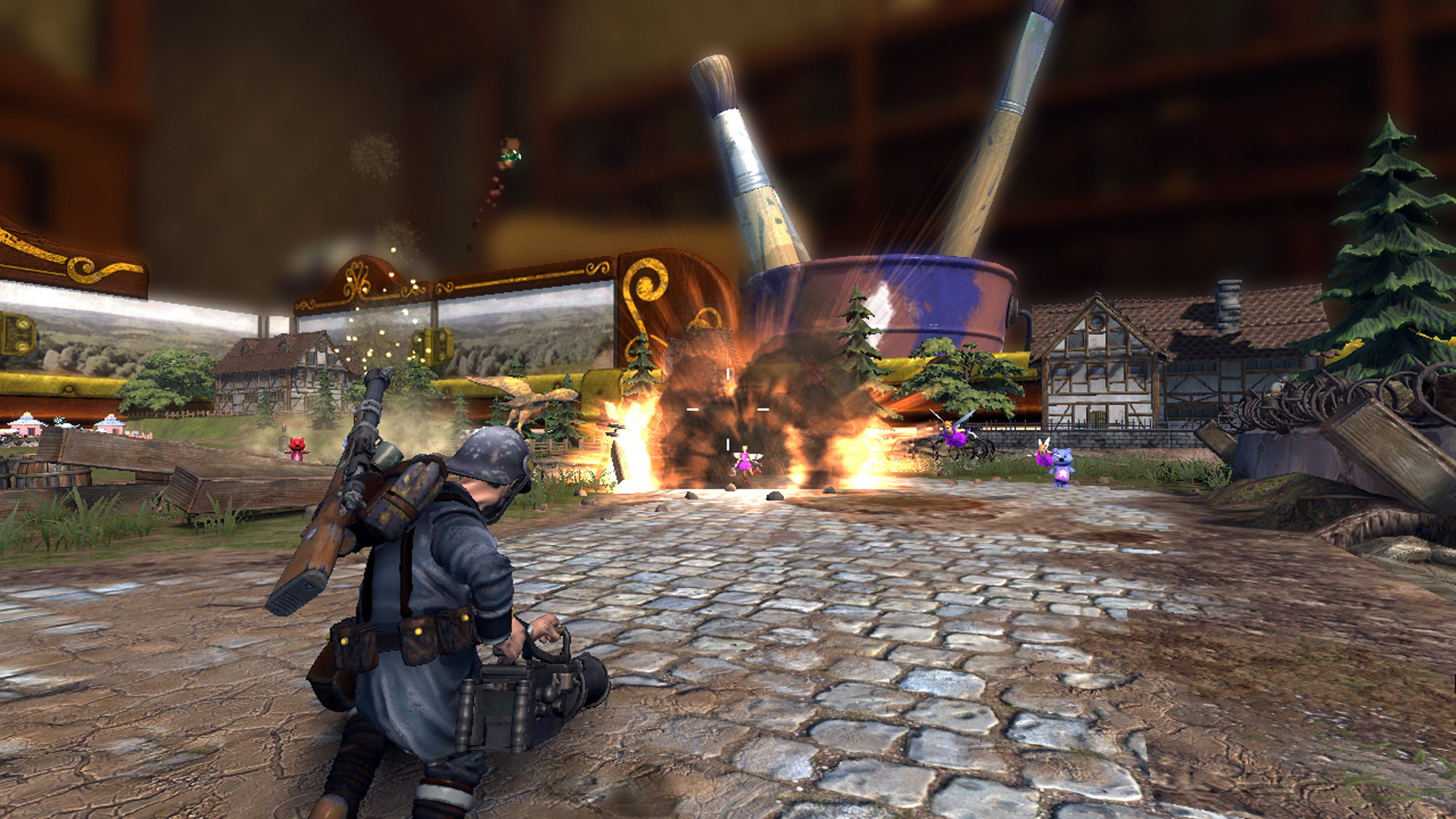 The online experience for Toy Soldiers also returns as players battle it out in a turn based gametype. I sort of liked the head on play of Cold War though this worked well enough. I did however have issues with finding a full match, it always seemed to just be 3 players which resulted in 2v1 with the one player always quitting. When I did get into matches it went well and it was great working together against others.

There can be some truly great variation having mystical fairies fight alongside some of the Kaiser troops. With regards to turn based combat it's fairly simple with one team attacking and the other defending. Every side makes money and this goes into either troops on offense or weapon turrets when on the defense. There's also an option for a custom lobby to play with or a cooperative campaign option.

The game switches between a commanding over the top view when organizing the troops to a third person view when controlling special characters or riding vehicles. There are some wild new creatures present like the dragon with dice which are bombs you can drop across the poor attacking toys. It also looks great with nice details and smaller details which truly make it feel like a real toy war going on despite being in a living room.

Things like massive books sitting there or seeing the walls of the room around your small war box. The scaling is perfect and it really does make those childhood fantasies come to life in a way. It's easy to control everything within the game, just like it before and I had no issues re-learning the controls. 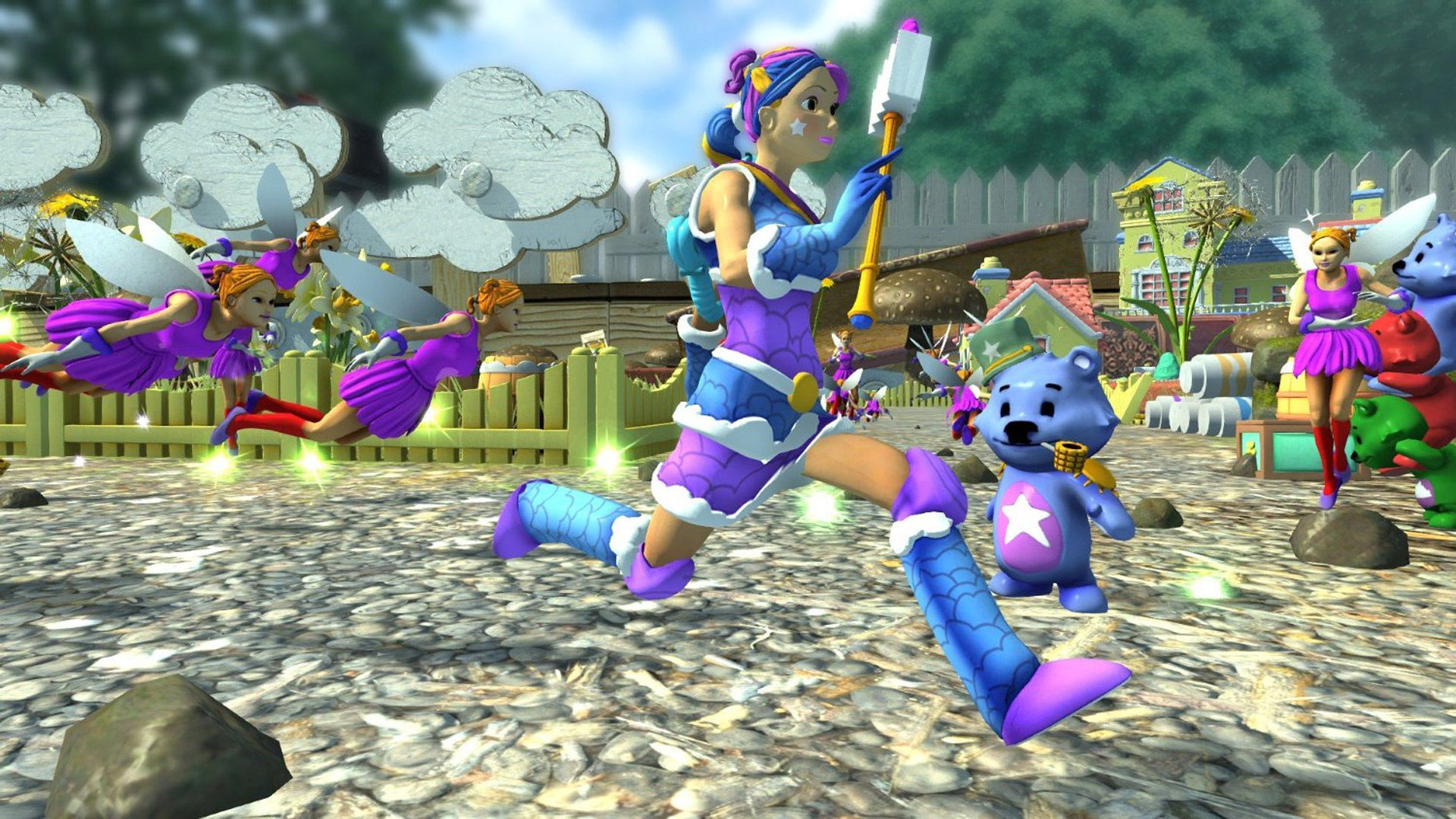 Even with the basic version of Toy Soldiers I loved the gameplay and had a blast the entire time. These titles have all been so great and this is the next definite step. The base version works fine enough by itself though I'll probably be picking up the better additions since I want to play as those great licensed characters and the cost point really isn't that bad.

It was nice of them to provide multiple versions so that people with less money to spend can still enjoy the whole game without any pay walls. I think of those extra characters as DLC in a sort of way since you don't have to get them in order to enjoy what's present. As far as toys coming to life and tower defense games it doesn't get any better than the War Chest. 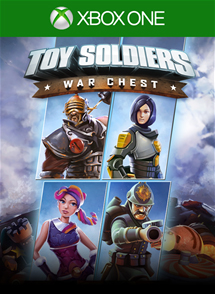