I originally played ZombiU back on the Wii U since it was the only hardcore title that console ever provided and really didn't give into it too much because I didn't like the experience there. When I heard that the title was been sent over to the latest consoles I was actually thrilled since I could properly enjoy it there. I mean this in ways of a more comfortable experience compared to the Wii U and gameplay was certainly better. The first thing to notice with this title is that it's presented with the single player portion with multiplayer being stripped away since honestly it wouldn't work on these consoles at all. Within the campaign you have a central narrative you're following, yet it's still entirely a survival game. Things are brutal at times with zombies taking nasty bits of damage on you and every single one poses a threat. When you die within the game which you will a bunch, you lose everything. You'll come back as another survivor with somewhat of a goal to collect the items of your previously fallen character. Death seems to get quite brutal in the later parts and it happened to me dozens of times. It's also neat that you get a new life every time switching randomly between male and female along with professions. To name a few I was a fat pimp; human resources lady, major general and more though they all died so it didn't matter by the end whom I was. It would have been neat to see these past lives matter in gameplay though it's just another sack of meat you're embodying. I also would have loved to maybe get a small health snack each life instead of the generic cricket bat and few bullet pistol combination. 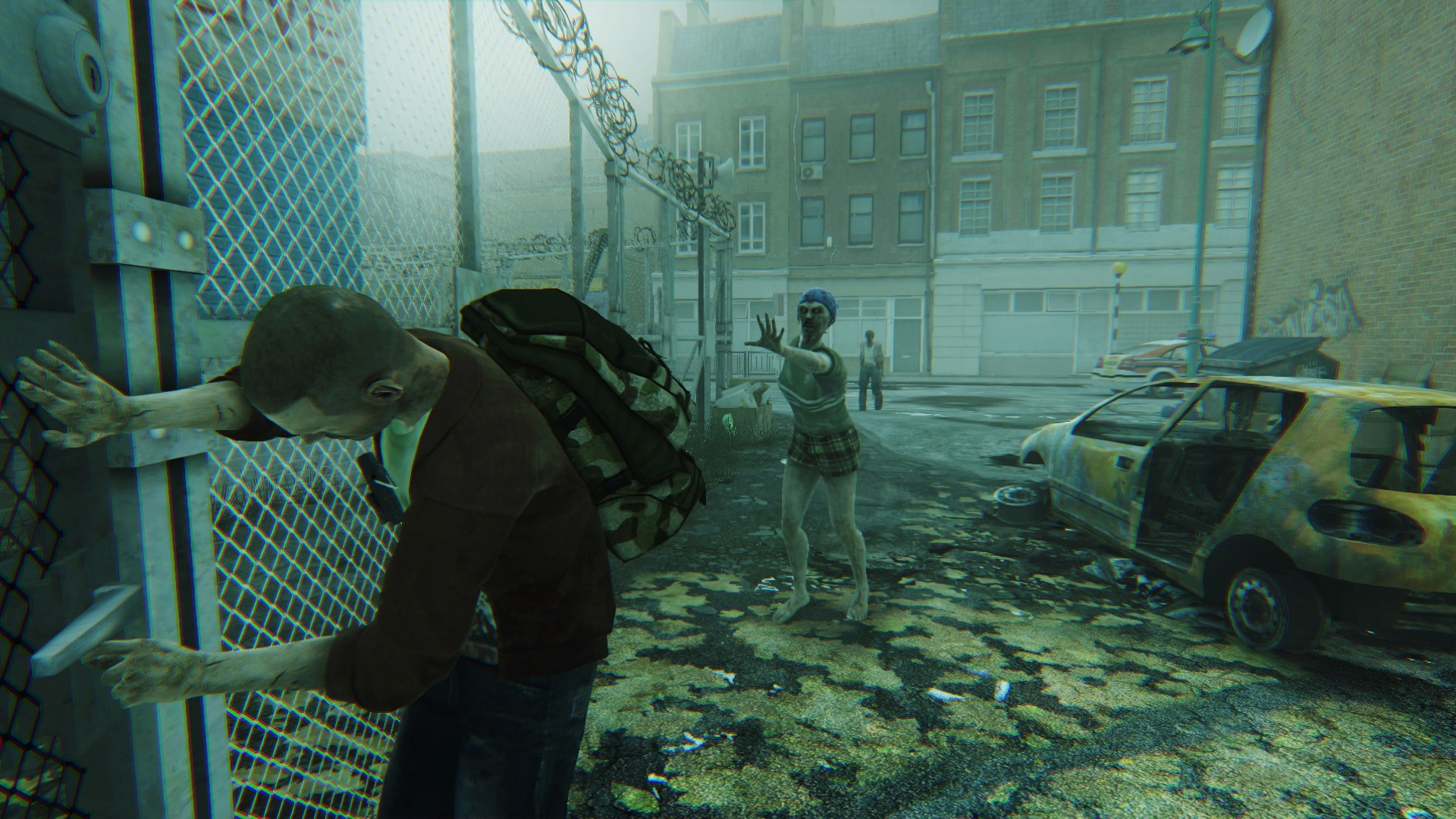 The story takes place in London after a siege of the zombie outbreak and you get to visit some real neat landmark locations. There's also a bit of a mystical side of things I won't go into too much here so it's not entirely realistic story wise. Things are relatively linear despite feeling open in places and the navigation system could have certainly been better. I wish they would have chosen between random wandering and giving a location system that screws up often. It's also annoying that when you die you need to walk all the way from the safe room so I saw far too much of the sewer systems which are the same recycled areas. However when you do explore new spaces these look great and I loved the look of the various special places you visit. I want to particularly comment on a nursery area which had to be the most horrific location I've ever been in during a game. The narrative itself was great to an extent, felt it lost track of things near the end and could have used some better emotional pieces considering the setting of the game. It was even weirder that this guy was giving you advice and you had no choice but to ignore it to continue the story, didn't like that.

Movement and such is fairly basic within Zombi compared directly to a first person shooter. The actual shooting component was sometimes stiff with the gun randomly aiming way out of the way despite firing a couple good shots before. The inventory system can cause death to you since you'll need to stop in place to pull anything out of it. There are some hot keys, but still a deadly system. You also have a scanner to gather intel or discover secrets within the room which used to be the Wii U gamepad which was funny. Many places will also require your full attention like lock picks or getting places so you need to be careful of zombies nearby that can kill you during tasks. Finally I really want to comment on the cheap placement of explosive zombies which always spawned right behind you or ahead in tight spaces. I saw some literally appear in front of me for instant death, which got hugely annoying by the end. Special infected are also present in the game to an extent, I personally hate that sort of zombie since it doesn't feel realistic to me. Thought I should mention them at least, some are teleporters whereas others get electric powers. 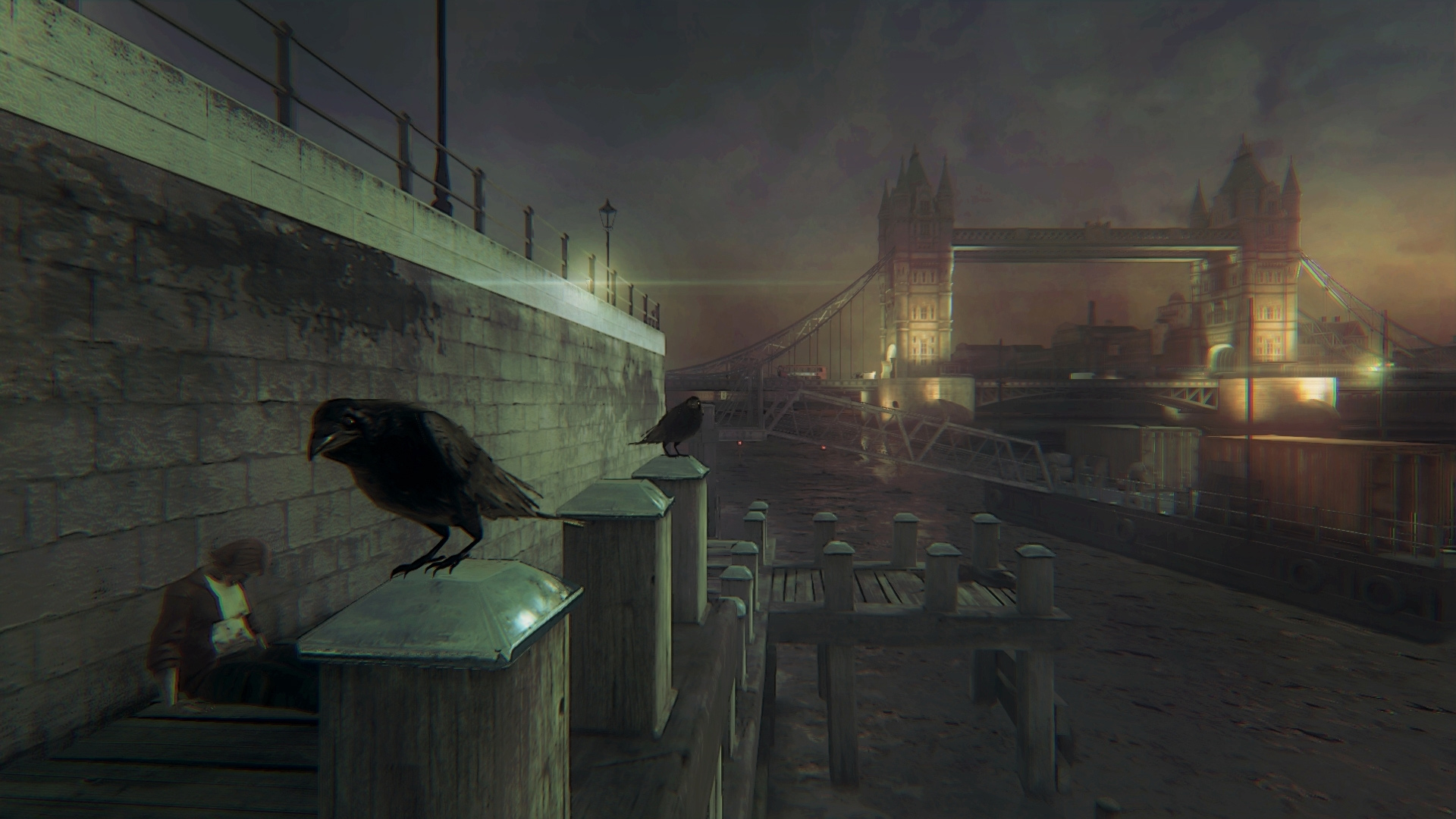 The campaign length and gameplay value was perfect, really no complaints there. Yet when it comes to story elements I felt that it got too weak in certain places and even to get the regular ending resulted in first collecting some hidden papers. The amount of death present could have been dealt better instead of appearing at spawn every time which made me almost sick enough of the sewers to stop playing. To hop back into narrative once more I didn't get the point of the prepper if the story made us ignore every bit of information he gave us. It seemed like they wanted to add choices, but they just didn't bother. It's a solid game with brutal realism for the zombie apocalypse which many will enjoy. It certainly looks better on the new console and was a decent experience for me.

Zombi Review on Xbox One
Review Code Provided by Ubisoft