On Xbox One there certainly has been a lack of baseball titles since RBI Baseball is the only running entry on the console at this point. Super Mega Baseball aims to open that up a bit with a much better baseball experience. I don't know if I'm just not use to decent baseball games or I've only got the one comparison, but this is a solid simulation of the sport. Aside from the obvious cartoon approach with the characters the batting and pitching systems are extremely well done. I would have maybe liked some more game modes within the game though it does offer the basics. Here we have exhibition which is just quick play and a season that you can choose various lengths. None of this is licensed my MLB so we have a set of colorful and hilarious custom teams like my favorite the "Sirloins". The season mode actually does have some decent depth with customizing your team or hiring trainers for special bonuses. To go further on editing you can basically completely make your players look how you want with many body changes and color options. There's also a local play mode though sadly no multiplayer options available. That's basically it when it comes to options, yet if you love baseball the core game is perfect and you can just keep playing these two modes.

Everything plays like traditional baseball in the sense of structure and movement. Controls are semi intricate, yet not too difficult to learn. When playing there's an ego system you can edit which is difficulty and you earn stars for your player levels based on performance. Batting also works well with a couple differing ways to hit the ball and not too difficult of a system. Pitching is likewise with a neat style wheel and custom aiming within the area. I found switching between the runners could have been simpler though it plays just like baseball should. I was also a fan of the graphics which look great despite being cartoon like and I'm sure many will enjoy them as well. 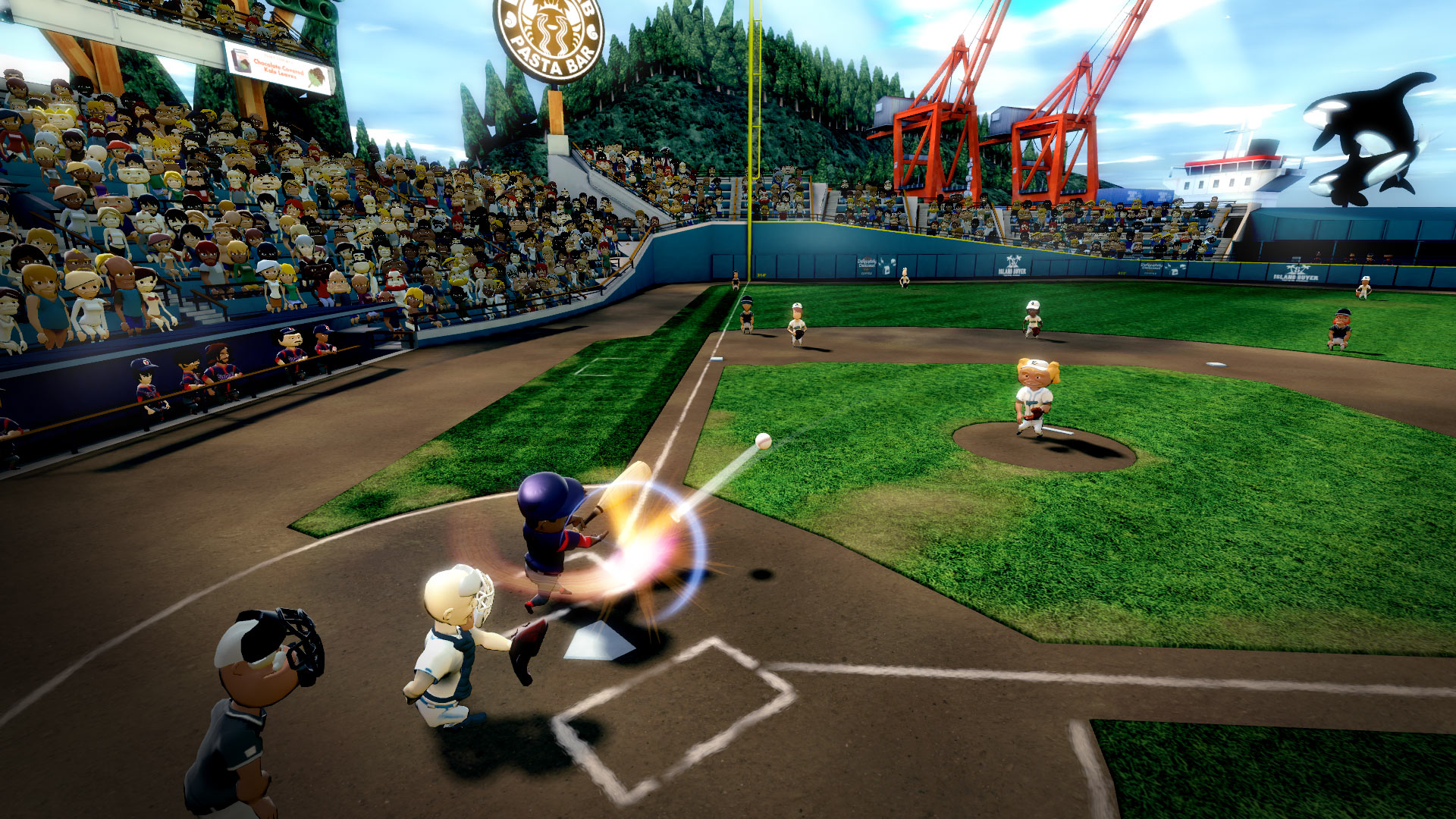 This is the best baseball game currently available for the consoles that I've seen this far and it's leagues ahead of RBI Baseball. I liked the artistic choice though if they swapped it for realistic graphics they could have a really amazing baseball game. I'm not at all saying the graphics took away from gameplay, just making a comment since they could. It's a solid baseball game, if you're a fan of the sport and have been complaining online about getting a decent simulator then this is it.