When the world is under attack there's only one hope left, a badass elephant. The high ranking military leader remembers the good old days of combat with this mighty specimen and calls him in. It seems as though Tembo has been awaiting this moment, says farewell to his loved ones and joins the fight. It's one of the more odd titles in terms of story though we'll look past that and get into the action. Split into various sections and levels you take control of the elephant as he bursts through levels taking out bad guys while also trying to save civilians. At the core this is a platformer and it's neat how many differing movements are built into the elephant that all get put into action constantly. It could be slamming downwards or using hammer trunk to smash up in order to name a few. The levels themselves are beautiful, the game looks just charming yet rather difficult. This could have been a really interesting and exciting game if the levels weren't vicious. Every little hit takes large chunks of your health and death comes too quickly so you get sent back a fair bit when you do face death scenarios. Bosses are also rather difficult and if you run out of peanut butter it sucks. The game also features points where the game locks you out of level progression if you don't have enough kills. I hate games that do things like that as it sucks the fun out of it by having to replay levels. There's a good amount of gameplay featured in the campaign, but you won't go back since you will have to replay levels so much to progress.

All game environments, characters and levels look fantastic. I also really enjoyed the character movement since it features a variety of possible moves with multiple input combinations. It was also great to use your trunk in order to remove fires from certain areas and that aspect was greatly integrated. The platforming was also really well done with a number of creative ways to move through the levels. It was also interesting to have civilians in place of collectibles as some were hidden very well in the levels. Load times are also rough as it takes far too much time to get into the levels or even after you finish a level which will annoy people. 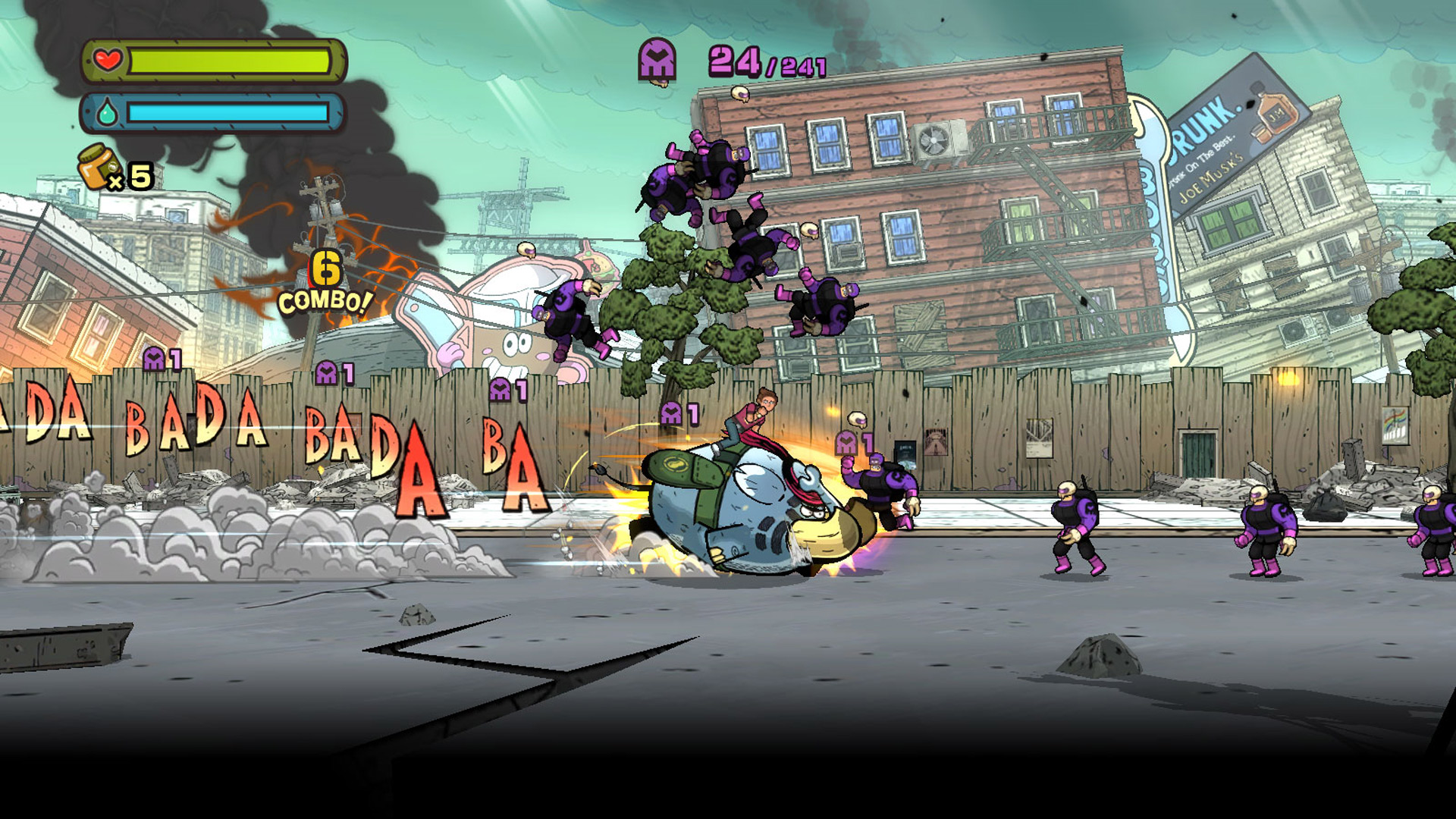 I enjoyed certain aspects of playing Tembo though various elements definitely dragged down my experience with the game. For such a weird concept the actual gameplay was solid with a very dynamic and well designed elephant that was also badass. I mean, he had guns and can run through buildings causing mass destruction. I don't like being level locked in any titles and other aspects bothered me, but it's still a solid game with great platforming elements.