Submerged is a quiet story told mostly through the basic drawn images that you unlock through progression of the story and the collection of the various hidden secrets throughout the world. The sandbox space you're presented with is a fairly large ocean world with sunken buildings. It's quite akin to Waterworld in a sense though most of these buildings are still accessible. You never really know what happened or why anything is going on though this young boy is injured and it's up to you in order to heal him. This requires the collection of ten supply crates hidden across the various buildings. I'm guessing some sort of military presence left these after the event and they contain the supplies necessary for survival. Colleting these various crates require you to sale across the sunken world and to climb up towards the roofs where these crates are located. The story really doesn't get anymore complex than that concept though there are some neat Sci-Fi aspects to the story as well though I don't want to spoil anything for you. The mechanics of movement are also very simple in the sense that you move across a bunch of ledges and ladders to get where you want. It would have been neat to go inside some buildings though everything is kept to the outdoors. There are also a number of landmarks to visit in the water and secrets hidden as well to discover. The campaign was also far too short and with proper guides you could honestly complete it in under an hour and a half for the narrative. Yet, with that and the simplicity it's a simply beautiful experience with such a fluid world.

Continuing with the comment of the game being fluid, it does also face some nasty frame drops at times especially at the start though they seemed to disappear later on. The ledge movement was simplistic and basic without change throughout the story which was disappointing. Nothing is really complex in the story and tale itself while being emotional is short while also being underdeveloped. I loved the ruins of the city and the floral that was overflowing all over them. The scale of being at the top of buildings was also breathtaking. Those coupled with the great boating areas provided some amazing and calming experiences while playing the game. There were even some animals to view that were swimming around the oceans and some differing weather patterns in effect as well. 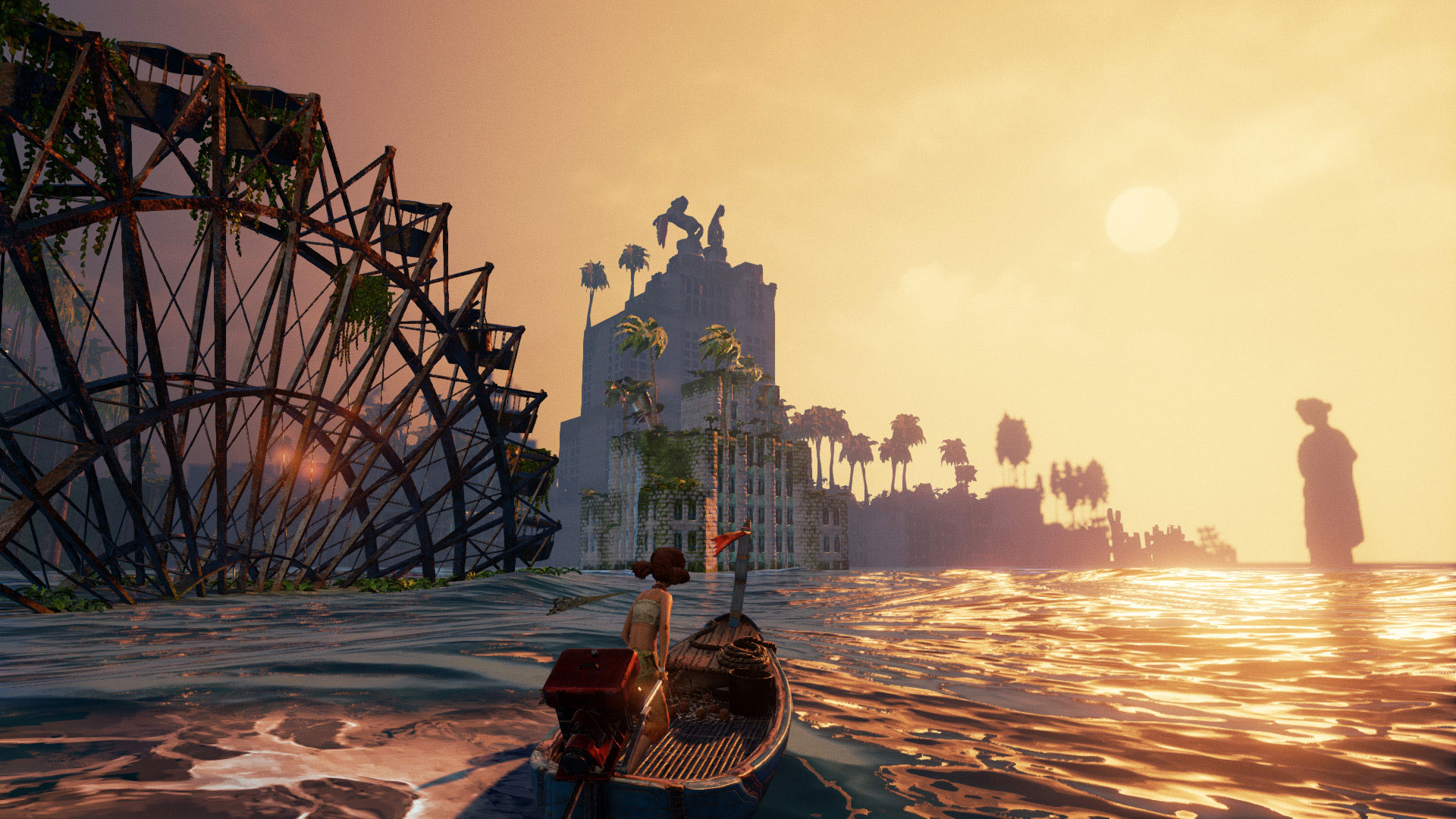 While I had a pleasant time playing through Submerged since the story was both interesting and relaxing. I did find it far too short and the gameplay too simplistic. It was a beautiful game with graphics that were top notch, but just not enough going on it. The story also felt underdeveloped to an extent and could have been greatly expanded since everything was quickly resolved. It's still a solid game I suggest taking a look at, just saying there isn't too much for you in this package unless you enjoy some collectible hunting and even then there isn't too many of them.

Update: For Frame Rate issues you can hard reset the Xbox one to fix, developer is looking into solutions and apparently it only affects some individuals.