"Another kind of Testing"

You awaken with no memory and only hear a voice telling you to push forward. Q.U.B.E. Director's Cut is the complete version of the game with additional cut levels and all sorts of other great things. I originally reviewed the PC version about a year ago and have been awaiting the console version ever since. Within the game you're sent through this testing area that feels similar to Portal though it's got a different type of Sci-Fi to it. All of the spaces and areas you explore are covered with white cubes which keeps most things symmetrical through the world though you come across many puzzles. These puzzles are based on various colors which do a number of things within the environment. Red blocks can be pushed in and out while yellow create a bit of staircase effect. There's a ton more of things you manipulate throughout the environments you explore though I'll leave that as a surprise when playing and use those as examples. While it does start out basic in play the puzzles to get harder, but nothing really too difficult within the game. It's all logical to an extent except some of those bonus side puzzles can take a bit to figure out. With regards to the colors and their features eventually you'll be chaining them together which brought in some neat physics problems among other ones. Aside from the completion of puzzles there's also a heavy narrative that's featured and this is mostly during quiet walking segments. I really liked these parts because it was a relaxing area of just walking about and the game in large was relaxing for me. The campaign as a decent length to it depending on how quickly you solve puzzles and there's also time trials for after if you feel like taking those on.

Movement is done in a simple first person style with soft interactions using your hands to manipulate the environment. It's more a sit back and test scenarios within puzzles to get things done. In regards to the puzzles featured throughout there are many and none are too difficult for someone to figure out. When playing through the game you're also constantly facing a bunch of differing puzzles which keep it fresh throughout. They're not always entirely different, yet build on the past knowledge you've gained while playing. The graphics look simplistic, yet have a defined style to them with the dark light segments being particularly awesome to walk through. 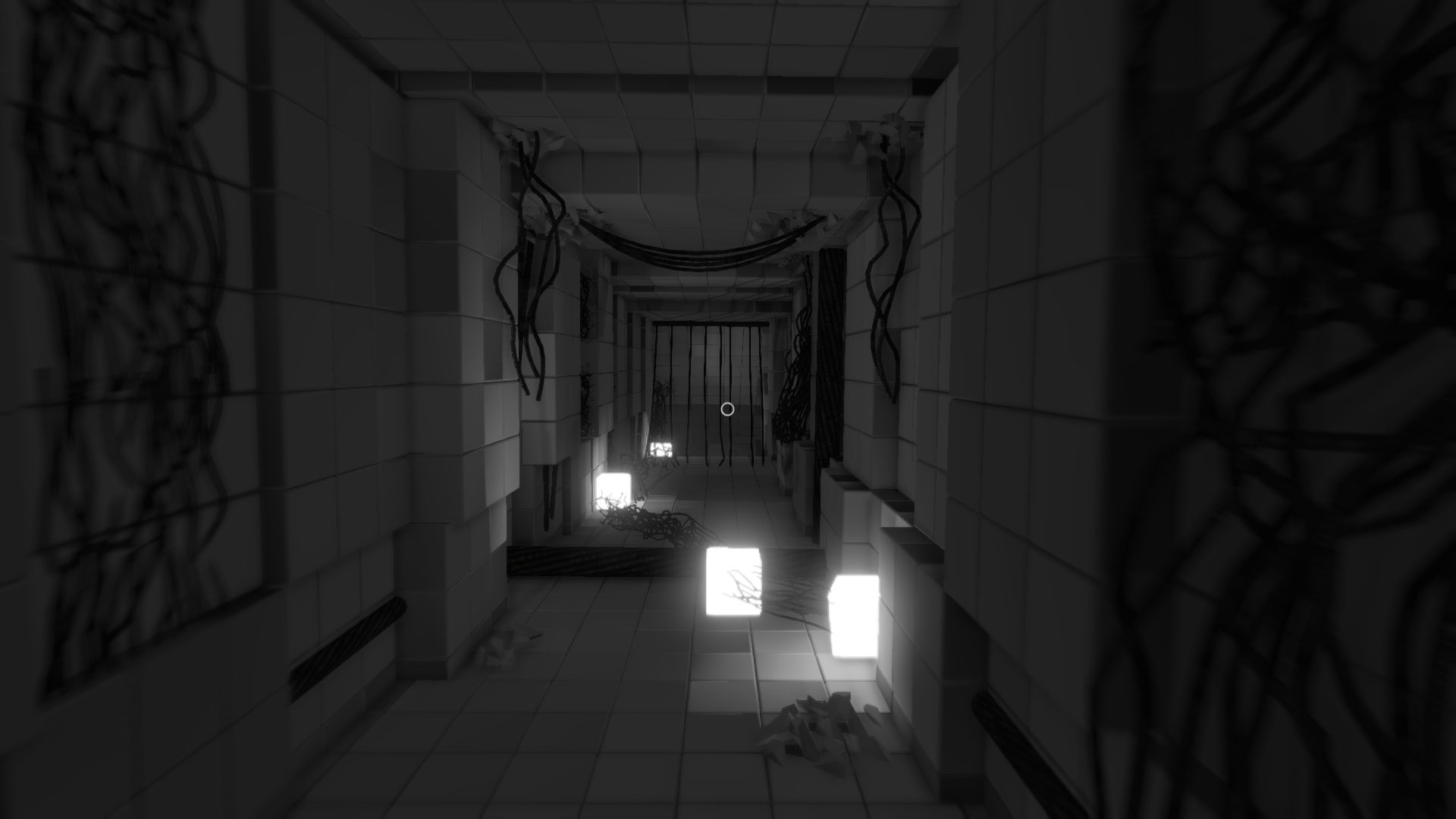 Just like before QUBE Director's Cut is a fantastic Sci-Fi style game which presents perfectly fine on consoles. The campaign features a strong narrative alongside the various puzzles you face to progress. It gets you thinking while not pressuring you too much to succeed and my playthrough for the console was just as charming compared to my first time a year ago. If you like puzzles or more calm based games than this is perfect for you to experience. Especially if you enjoy playing Portal you're going to feel right at home here. It's just a tad different when working with the colors though it feels similar. Definitely suggest checking out this experience for the consoles as the Director's Cut is a great game.