"Swinging onto the Latest Generation"

The PGA Tour decided to take a year off in 2014 and has decided to come back swinging onto the latest consoles. This time around they've also dropped the Tiger Woods moniker and went with Rory Mcilroy for now at least. The game benefits from the more powerful consoles and the better engine they've got in place. Using that more powerful engine called Frostbite they were actually able to easily port a Battlefield 4 map called Parcel Storm and convert it into a course which was rather entertaining. The core of the game seems to be the quick play a course option though the career or be a pro sort of mode is also present. With quick play you can either hop right onto a course to play or Night Club Challenges which are just a mass amount of mini game type things to play. The goal there is complete the various objectives on each level to get the best possible star count, sort of like mobile type games do with the three star system. In the tour mode you build your character from a number of presets which honestly left a ton to be desired and head out to the courses. As you continue to play and perform your character levels with certain attributes of which you've performed well on. This mode has a number of tournaments and even feature great video interplays within the gameplay though honestly there's not a lot of content. That was the issue all around as there wasn't much going on anywhere in terms of course numbers and of how much content there was within the game. While being a very beautiful game it lacked enough things to do and felt very bare bones in that regard.

I felt that the structure of the game was basically well done despite being a fresh start and there's plenty here to build off of into the future. The game gets a three swing system which is sure to produce stellar results no matter your play type and further customizations are also availanle. Within this system the three modes are Arcade (which uses analog stick swings), the traditional 3-click and Tour (advanced version of the arcade area with less helpful mechanic hints). Everything runs smoothly and looks great without any interruptions between the gameplay. Trees rustle in the wind and there's a constant change of shade across the course. The sound also feels ever authentic and the courses themselves are honestly very well done. I had many issues with the ball not quite going where I aimed and I question the putting system with the responsiveness. The camera system also could use some work since it felt sluggish and was difficult to control. Character models are also really smooth though there isn't many golfers even available within the game. There's also a multiplayer mode which just takes the experience online so not much to talk about there. 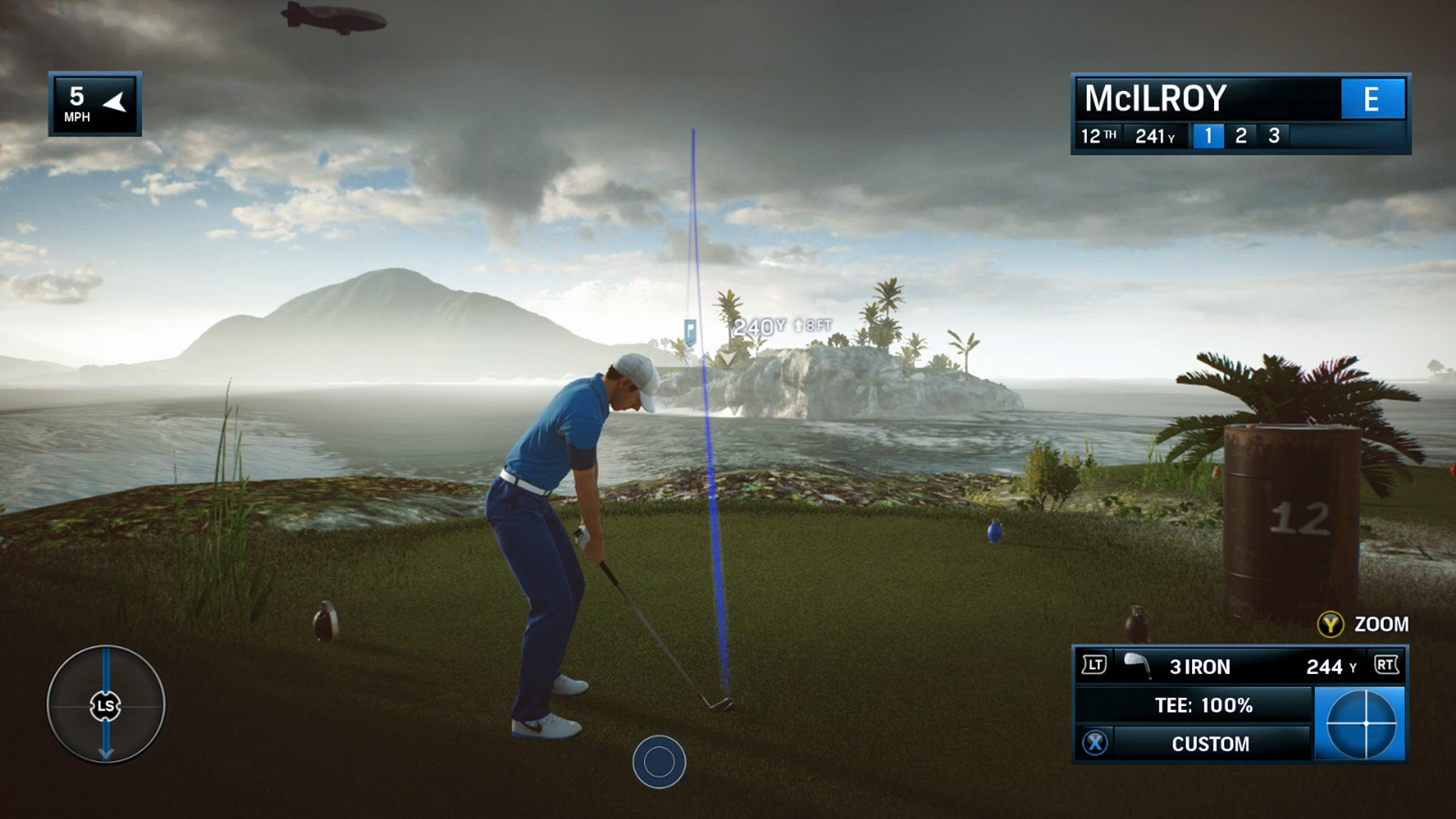 While it presents well and shines with the authentic landscapes there really isn't much going on here in this title. It's a good base for future instalments though honestly after the break of time they took the game should perform much better than it does. Gameplay elements seemed solid though no finesse to anything and of course those putting issues. The courses look great with almost too many animals though there just wasn't very many of them even with the fantasy courses. The tour area lacked options and depth just basically being strung together tournaments with a very plain custom character. I'm interested to see where this series goes as I did enjoy this one, but there just really isn't anything too enjoyable about it. I will say that the custom Battlefield 4 Parcel Storm map was really great with some funny comment, but it's more of a joke type thing really. After playing all the very few courses a couple times I'll be done with it.