No Time to Explain Review

"I Can't Explain the Logic Here."

It's you from the future, I've got no time to explain and have this crazy beam gun too while I'm at it. This guy then gets grabbed by a massive crab monster and obviously you chase after them in a hurry to figure out what he had no time to explain. That's about as complex as any narrative gets in this aside from there being an evil you trying to kill you. The game is essentially a bunch of loosely thrown together puzzle missions like a impossible type flash game which is actually where this games roots are. It really doesn't ascend past that within the levels and they're less about logic and more based on luck. I say luck as many areas I just sat there on repeat not being beaten, but just waiting for the game to work properly in order to progress. It's all luck of whether I hit the perfect spot or if the world reacts properly for me, which is an awful feeling. There's a good amount of gameplay available here across the various realms which were comedic in a sense though much of that is death. Of course it's alright for a game to use this view, it's just the rooms where I was puzzled of why logic didn't fit it. Also the beam you have which acts as a movement assist/weapon is just random. Sometimes it works efficiently and other times it just makes no sense in hitting things. Back onto these split up levels which are just a bunch of random challenges that eventually lead towards a boss fight. These boss fights were actually neat and always different though I felt they got easier as I progressed for some reason.

The graphics that make up each area are alright though leave much to be desired since they're all rather plain without much going on. The bosses and characters were really good looking within the world blending well while also being unique. I wasn't a fan of your main beam gun thing since it just was far too unpredictable in many, many scenarios. Other than that I did like some artistic choices particularly in the paint room though there was too much meta going on so that ruined the area. Certain places you know what to do though it'll take a ton of tries in order to get the game to function how you'd like and it just was luck that got me through these areas as I did the same thing many times until it worked. 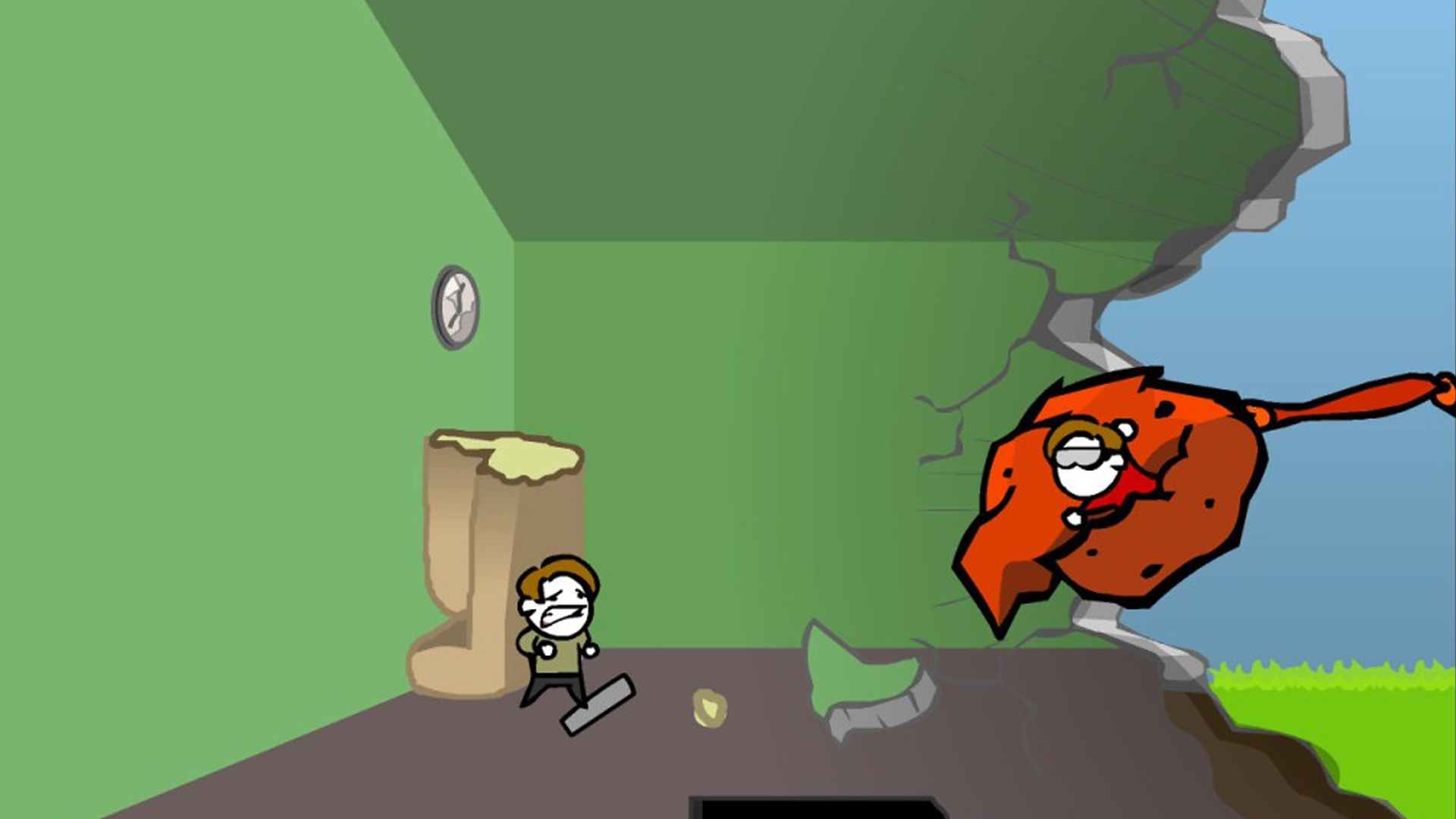 I'll just go ahead and say again that death is ever present within this title so be well aware of that heading into this. The story was alright though still bland because the whole game is just based from a number of challenge areas. The beam was annoying and even the best areas were ruined by issues. The bosses were neat and all provided a great variety when finally reaching them after beating areas. I'd go on more though I've got no time to explain or desire to really go back to play this further.