Traveller’s Tales returns with a new installment encompassing the four “Jurassic Park” movies. Jurassic Park, The Lost World: Jurassic Park, Jurassic Park III, and the brand new Jurassic World are all given a fine sheen of Danish plastic and the horrors of rampaging dinosaurs has never been more adorable. The movies are split between two islands. Each movie is given five levels around their own respective park hubs. A favorite of mine was the new Jurassic World, because controlling a raptor was an early experience, chasing the pig through the story level as raptors are wont to do. Story mode follows their respective movie moments. The material has even lent itself to LEGO jump scares! Freeplay lets you fully explore the levels. Pulling every dino switch, and diving in every dino dung heap. Yes, diving in dino fodder is a special skill, apparently. The hubs are filled with activities of varying difficulty that extend the gameplay beyond the story and freeplay modes. The hubs are have races, both vehicle and dinosaur powered. Fetch and collect missions are challenging, there are workers in peril to rescue, and there are the dinosaur specific challenges. Dinosaurs as playable characters are available at the dino call-in points, ambers collected in the levels let you call in even more. There are even skeleton versions of your favorite dinosaurs which are completely anatomically correct by LEGO standards! Certain objects can only be broken by a stentorian T-Rex roar, earning him the “Thunder Lizard” title, other items need to be crushed underfoot of the Brachiosaurus, which even in their LEGO form seem to move with weight of the world. These elements make game completion a fulfilling and fun experience.

Collect studs, smash things, build things, light parkour, play a memory game, and make your Art Teacher proud by knowing the color wheel. Nothing revolutionary about the standard LEGO level gameplay here. Play in Single Player, or Split-Screen Co-Op. Character abilities are borrowed from the previous LEGO entries. There are Mechanics, Code decipherers, Trackers, Stealth Experts, and Screaming Glass Breakers to name a few. My favorite ability is the Crowbar Break-in Artist, if only because that class was introduced in LEGO City Undercover. Many characters have multiple abilities, and some have none other than brick punching. (I’m looking at you, Dino Handler Bob!) How does one keep track of all these talents when completion time comes around? The new character selection grid has ability descriptions on the selected character tile. This new addition allows the player to select the character with the best ability set for the present challenge. Also, the dinosaurs are available as playable characters. From the sleek Raptors to the ponderous Brachiosaurus, mastering these beasts is essential in the quest for completion. 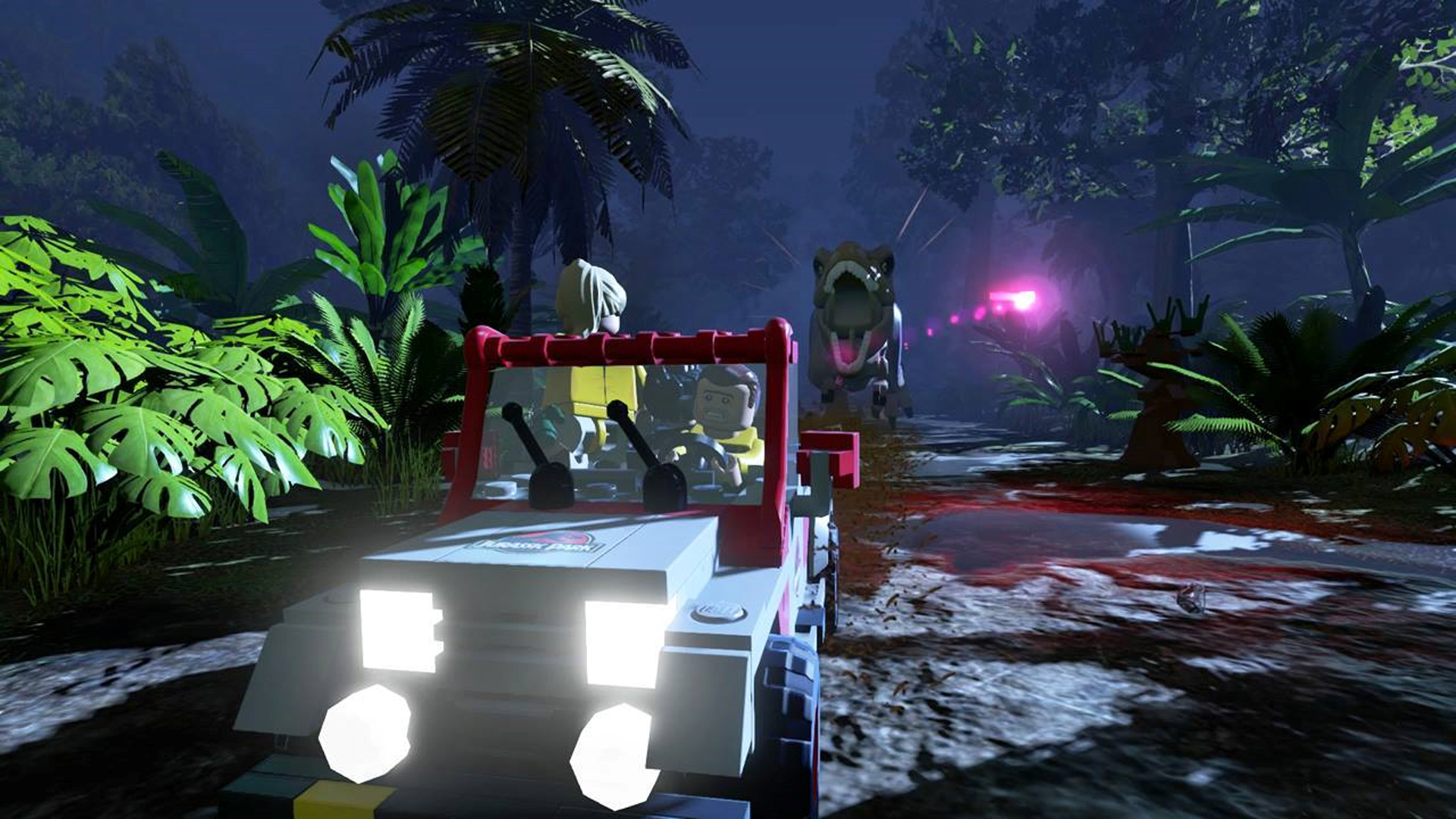 Another solid LEGO title from TT. While there isn’t a whole lot as far as innovation goes, it is friendly to all ages. The graphics of the levels are clean and detailed without looking cluttered. The atmosphere and tension of surviving the dino attacks is present while still allowing the exploratory gameplay that LEGO games are known for. Cutscenes are true to the source, while small comedic details keep the story light and fun. LEGO Jurassic World is a fun time for fans of the Jurassic Park films, and fans of the LEGO video game franchise.