You carry an eyeball? That's weird, that's really weird. In the third episode for Tales from the Borderlands our quest continues to catch up towards the sort of present story as you should know we've been basically telling a story throughout the season. This happens in the form of a first connection where an actual collected item shows up in both stories. This time around I found the story to be a tad slower, saving action for the ending part of the episode and focusing more on character relations. Aside from the group bonding more there were some romantic sections as well which felt strong though not quite where I personally wanted to see it go. Again, it was actually a well done portion with some charm on the side to make it enjoyable, just not what I wanted as fan personally. Besides that plot of some emotional connections we also saw personal developments for Fiona becoming somewhat a vault hunter (in training) and Rhys discussing things with Handsome Jack. We were also treated to some of the wonders of Pandora since the planet can actually be beautiful at the right times as we did inside this environmental dome. Though probably the best addition to game this time around was a great little robot that might come across as annoying to some, but I found it just hilarious. While expecting big changes after the cliff-hanger last time, the Tales from the Borderlands de-escalated once again killing that point. I do understand that they need to keep the interest of people during the long wait times between episodes, though that seemed almost entirely pointless very quickly. Another point to make for this episode is that it suffered some serious glitch issues with the world and lagging gameplay/audio. With the amount of time they have to work on these and that it all runs off the same engine I'm surprised along with disappointed that this happened. It didn't completely hinder the experience, yet it certainly didn't help. 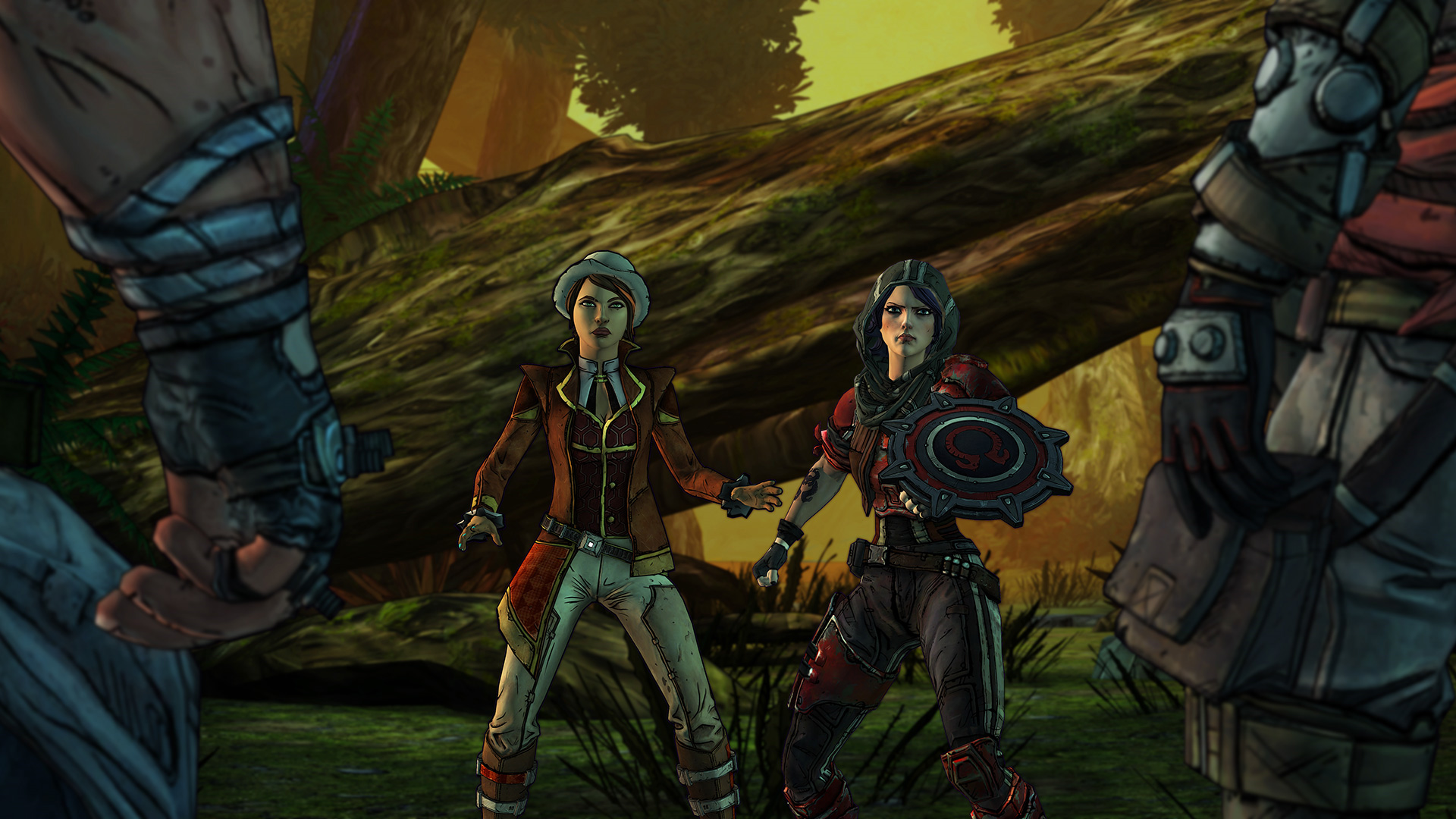 Things progressed slowly this time though there were many hilarious points still present throughout. Can definitely see some connections being made and we'll see whether or not any of this pays off as things were left open for the fourth episode. For fans of the regular core games there were some more familiar faces present in this episode though I do warn you that they were shown in a strange light and it finally connected some of those core games altogether which was nice. Obviously I'm quite excited for the next two episodes to see where all this story telling is headed in the present time line and what other weird adventures will show. For me, this wasn't a strong as the others though still a solid showing. Remember, loaderbot for the win!