You can see the problems with this game almost immediately from the menus themselves. They're not only awkward as hell along with confusing, but also very unresponsive. I don't understand the choice of this bizarre user interface with mini honey combs, it's stupid. I also had a terribly hard time picking my manufacturer to begin and from there the other menus make no sense. I had to fiddle around with the controller to discover the main shifting options were the triggers while also having a primary selection area. If you get through that there appears to be a bit of a campaign though it only has a couple options to play and it doesn't explain what you're doing at all. Aside from that more content is available in the arcade area with selections and everything. That's probably the best area to play the game since you can do what you want and options are available with multiple tracks. With campaign it was locked to particular areas and maps with objectives which is doesn't clearly show. The one game I just raced around the track for five minutes by myself and then it told me I failed by 12 seconds apparently. It's things like that with a clear lack of objectives or goals which diminishes and incredibly alright game. Sure it's thrilling to go zipping by on the hover track though it isn't that fun since the speed doesn't feel as quick as it should be. Even after that the AI doesn't seem very smart as they just go their own way meandering at various speeds through the race. When looking at the levels they do have some minor charm while still being very bland at the same time. I get the just of what they were aiming for though it's missed here completely on multiple levels. That goes from the menus, to actual racing and how campaign is structured.

It's essentially your basic speed racing game though it does add some gun play to a certain extent into the mix. Racing is fairly simplistic so you shouldn't have any issues in that regard and there's also many speed boosts along the track in order to quick the pace. Movement works well though I felt the pace should have been quicker and the handling could have been smoother when going side to side. Power-ups also play a role in certain modes giving minor bonuses or rocket shots to help out though some of these didn't quite function well either. The AI and landscapes are both bland though I see somewhat what was being aimed for here. To build on that some worlds have neat themes though the environments just lack any sort of life. Should also comment on the music of which I have no real thoughts on as it was alright, maybe should have been more prominent. Will also mention once more that the menus and selection of basically anything out of game was dreadful. 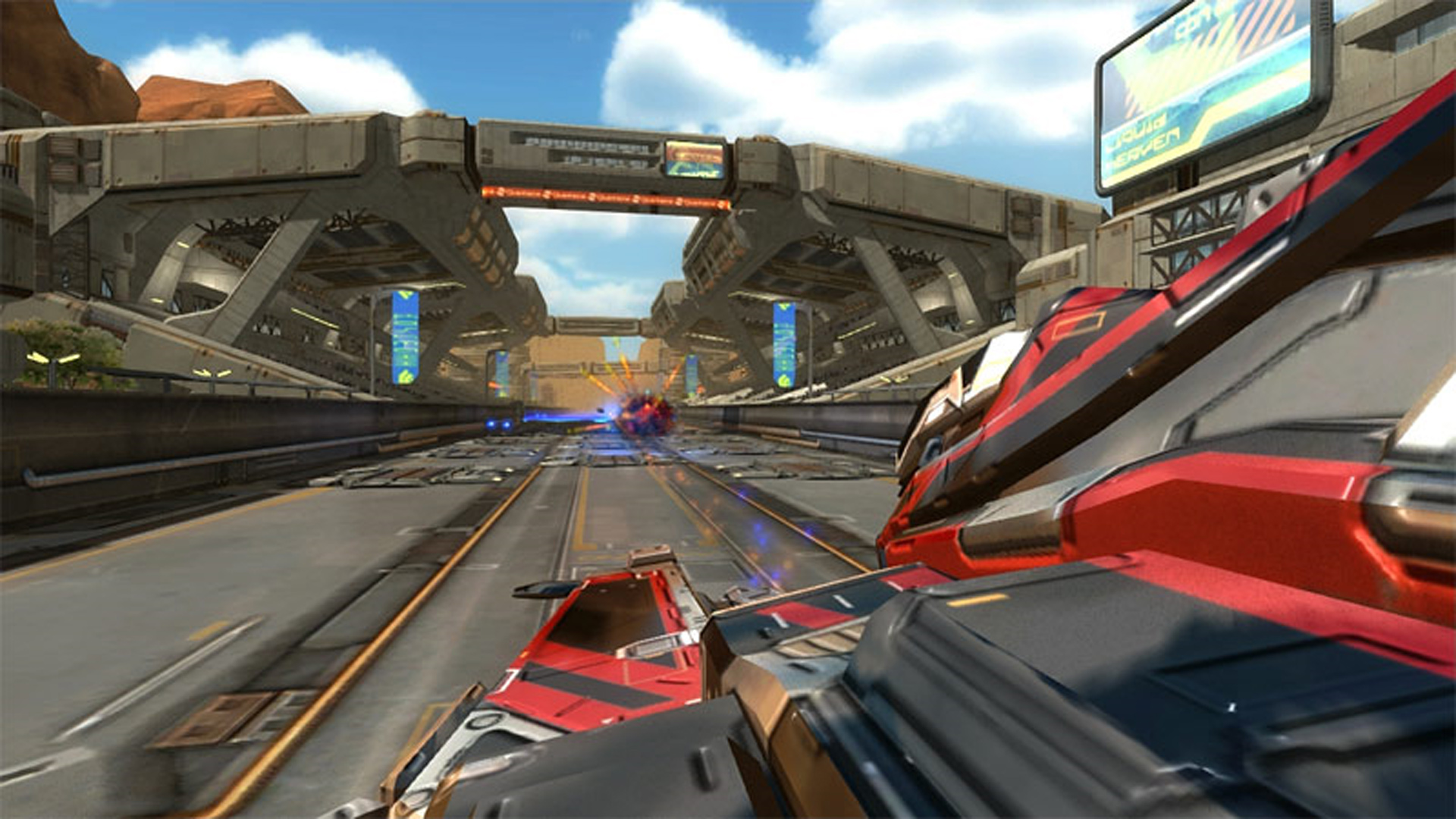 For me, Quantum Rush is a mess. It fails right from the start and never takes off once you get into it. While there's many modes the campaign doesn't make sense so any time spent playing will be in arcade mode. I hate to be down on any games, but this is just a questionable experience which I was disappointed in. Futuristic racing games can be neat and fun, whereas this is confusing with a side of awkward.