The sparkle has been unleashed as you attempt to match various orb colors in order to pop the ever growing snake-like chain that rolls towards you. This is largely the base of the gameplay as you move across the various days which make up the campaign. Levels all have a nature theme to them as the paths are dirt and grass lines the outside areas. It's a rather boring scene though it's just a backdrop to your color matching frenzy. The goal is just to stop these ball trails the best you can and it's an interesting concept that's been built from similar type games in a new way. I did grow quite bored over time by I would say the 30th day or so as it does get very repetitive in nature. Not to say I didn't enjoy it as I'm sure puzzle enthusiasts will. There's also a survival mode built into the game which tasks you with matching the orbs for as long as possible across various levels. I also liked that the achievements/stats were integrated directly into one of the menu areas which was great for tracking.

Like stated before you attempt to pop the orbs using the colors you have at the launcher. This launcher holds two balls at the same time from which you can switch between and the colors auto-change when you've reached the end of that particularly one on the field. There's also a power-up system which occasionally shows up during levels and those can be upgraded/changed after every so many levels when you reach a pot of wisdom. The levels again were quite boring though I did enjoy the audio which had a pleasant mythic tune to it. 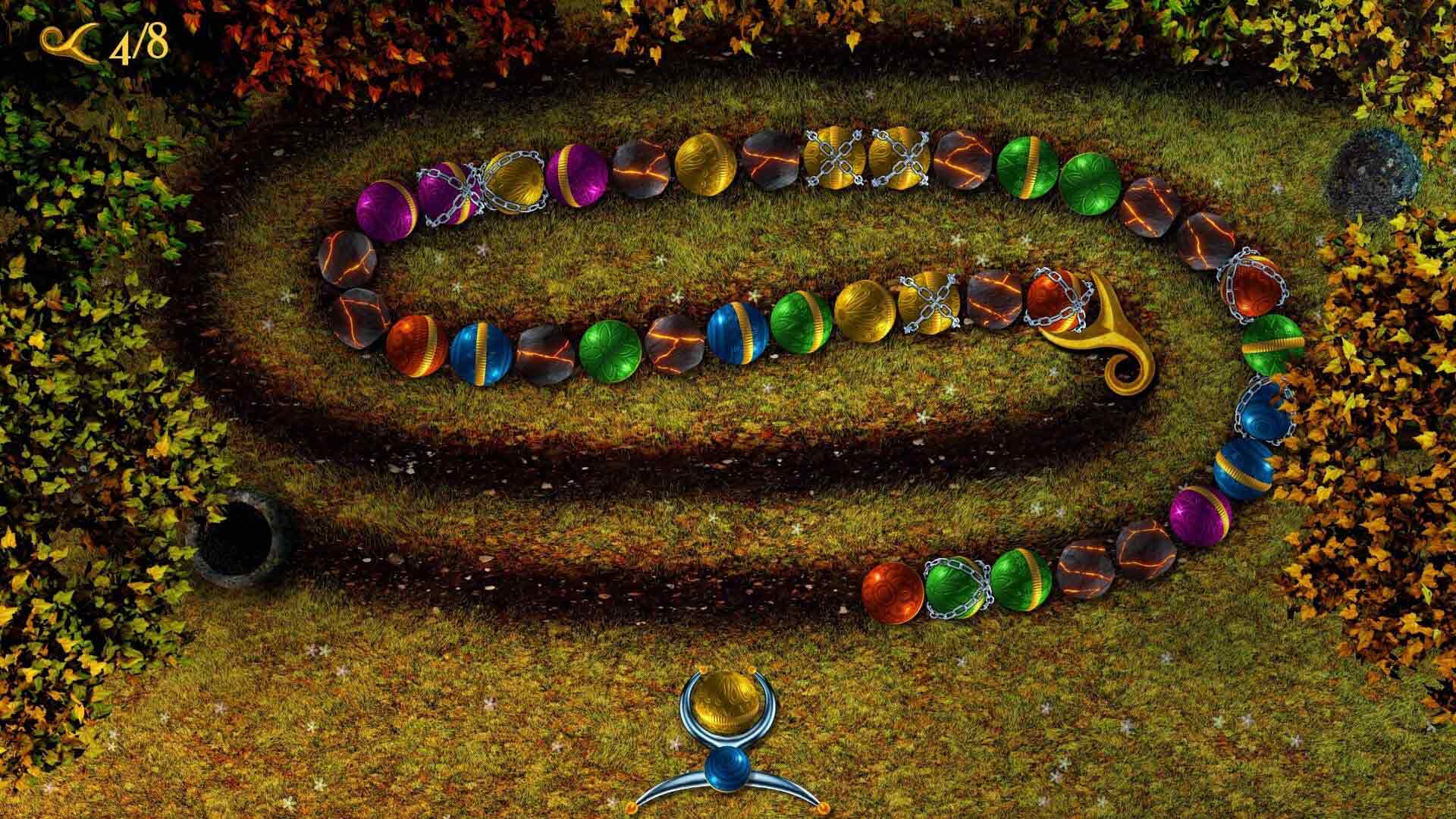 Sparkle Unleashed is a decent puzzle game which I'm sure many will enjoy to play or kill time with. I don't know if it fills the general public and honestly it gets boring after awhile due to its repetitive nature. The levels looked decent, but really need more going on and it got tense at moments when balls were near the holes. This caused some crazy vibrations on the controller which only amped up the tense orb matching. The campaign has a good length to it and survival will also keep you playing if you want more of Sparkle. Again, a decent puzzle game though it isn't for everyone.