I've never ridden a motorcycle in real life nor do I particularly have a desire to since I find them to be rather dangerous. The fact you can experience that in a game with a really high level of realism is nice to actually fill that spot. It allows me to try out these bikes with the dangers of doing them and I can say it'll definitely be a strange time at first for those that are used to other racing titles. That's simply because these are bikes and they handle much differently from cars. In Ride you're attempting to move your ranking up the world boards by competing at various events trying to gain medal standings. At first it's difficult adjusting and competing, but once you get some upgrades it becomes glorious. I was also pleasantly surprised at the depth of custom features comparing it directly to Forza which is impressive and the bikes themselves are beautiful. Moving onto the actual tracks they were very well done with great details that look realistic as you zoom on by racing the other mass amount of bikes that are also on the roads. This was mostly enjoyable and there was some great variation in the differing challenges like straight up racing or taking over opponents as examples. There's also team events to take part in your tournaments for bigger glory. Though with that said I'll go over some issues I did have which wrecked the game a bunch. The loading times are absolutely horrendous, probably the worst from any game I've seen this generation. This really cuts into the play time and makes it a drag to wait for racing. Additionally I had corruption issues with my save and talking to others this has happened to them. Also a reason why it took so long for me to get this review finished and out here. I would also like to mention that there's a multiplayer component though I didn't quite enjoy that since the players were top notch and aggressively worked together. It's all lobby based so not a ton of options for finding your own sort of match since there are limited players online playing it.

I thought it looked really great and authentic in terms of both bikes along with the environments. When in movement they look great and the path below you quickly disappearing was great. I was quite surprised by the great depth of the customization in tuning your bikes and would compare it to a level of Forza which is yet again impressive. Movement of the bikes was also great despite taking some time to get used to and I felt like a motor racer. Also the rewind feature needs some work since it only gives the one shot at times and other times it just wouldn't activate for me. If you put in a feature like that I would like it to be more efficient as we all make mistakes and don't want one poor corner turn ruin the entire race. 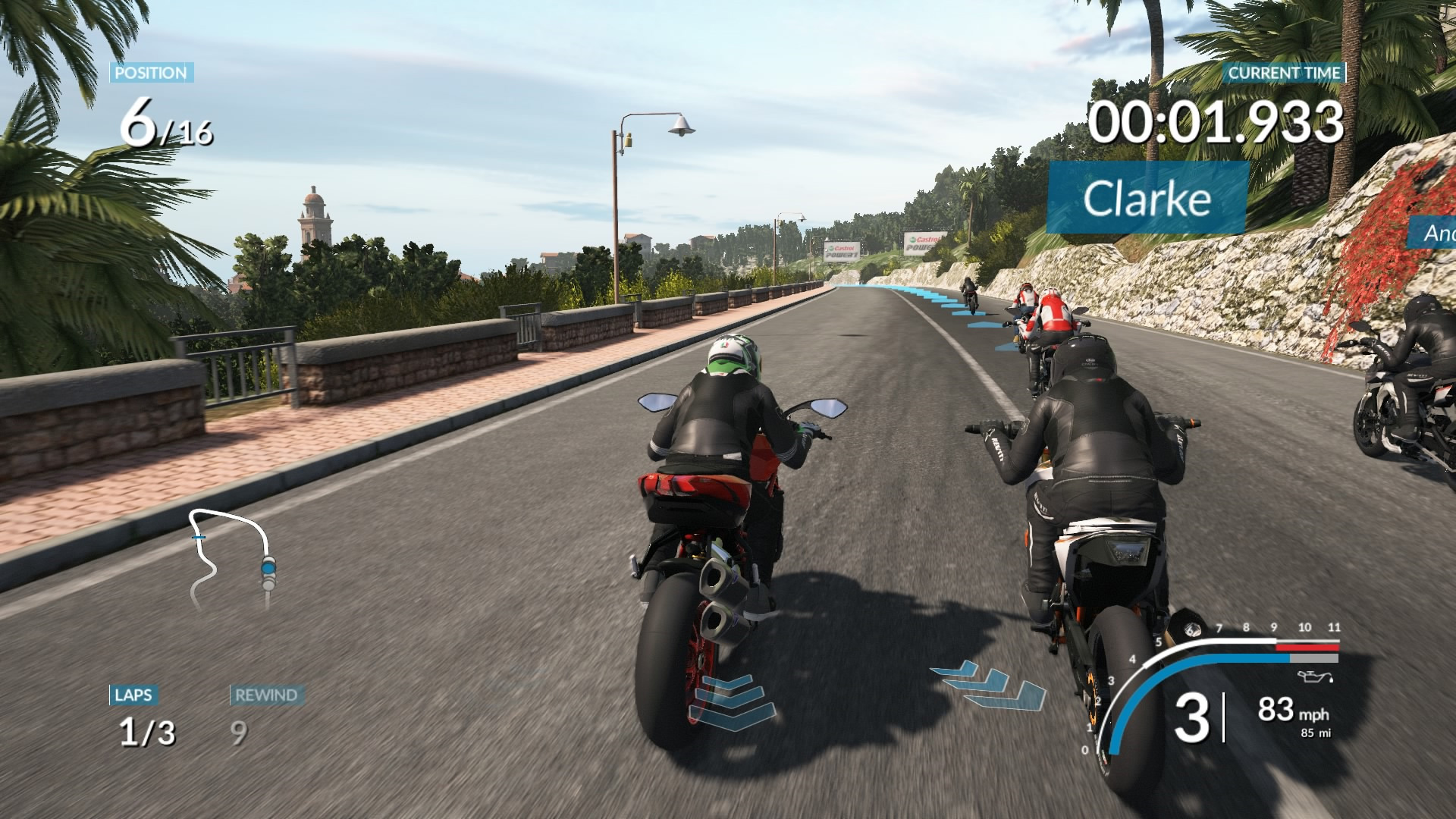 At the end of this all I wonder if racing on bikes is actually a big thing over in Europe, but even if I haven't heard of it the game was well done. It's a solid racing game dragged down by certain aspects and really the loading was a huge thing for me. The graphics were great and authentic, with some improvements this could really be top notch in the racing field.