"Harvest that there Wheat"

Get ready to farm with the latest and greatest in simulation with Farming Simulator 15. When it comes to simulation I do believe this may be the largest and most realistic of the crop featuring a vast variety of things to do. From growing crops to harvesting them afterwards it's never been so exact of a process. Aside from growing all of these crop types you can also take advantage of some farm animals for additional profit revenues. There's not much going on for this title in terms of story though it's largely a real look at what farming is like. Starting with two choices of farms you build an empire based on your production. There's a vast amount of seeds you can choose to grow, though you'll also want to focus on completing billboard tasks that show up in order to get better profits. I keep moving around the term realism and that's really the biggest part, I was having many issues doing tasks to the point I had to consult with my grandparents since they farmed back in the day. I learned the whole complexities of the system and still had trouble playing this. This will probably be a turn off for many since it's not entirely easy to get into. Though if you want a relaxed and easy going game then this is perfect for you. I'll say it once again that farming is the largest aspect of this game though there's some animal husbandry and wood harvesting as well.

Movement is basic when just getting around places and plenty of vehicles are sitting all about to get you there faster. When entering vehicles things do get more difficult as many options are available since most are designed for a particular function. Some will be there to help cut up the wheat fields while others just function to collect it alongside the harvester. This will require you to pay a driver to take over while you just drive along collecting. That's really what the mechanics come down to, though they do vary from seed to seed or what task portion of the farming you're doing. They seemed to have a machine or vehicle for everything and even multiple tiers for them. The vehicles were also authentic too in large quantities as they boast the highest count for a farming simulator! 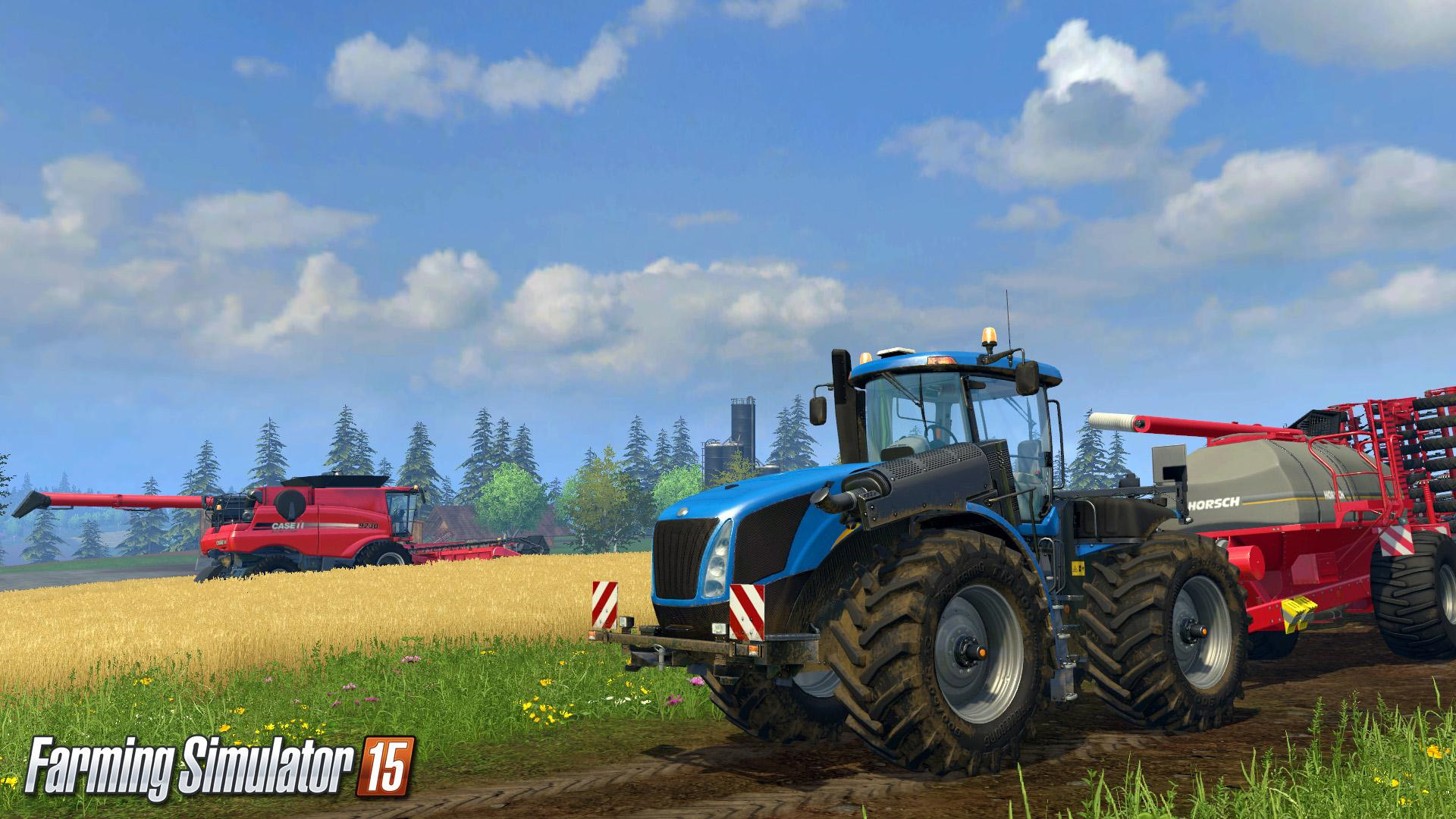 When it comes to farm simulating there's no equal and this is one realistic farming game. I found it a tad too difficult to get into and really slow for my tastes though I know there's definitely a market for this title. With this edition they've stepped up the level of farming to the max with more vehicles, crops and extra activities for you to complete. The world itself looks great and the basic movement is simplistic. It just gets more complicated as soon as you get into crop growth over time and this may eventually turn you away.