The goal of the game here is the collection of coins across various worlds in a title that borrows many aspects from classical games of the pixel era. Moving through the world that's set up as though it's an olden Mario title you move across level to level collecting coins and completing objectives. Within each area the levels have random spawns of various square floating platforms which are filled with coins. Some are just open spaces, while others have enemies or even deadly traps to kill you while collecting. If you do manage to shake off all these enemies you must race back to the massive piggy bank in order to deposit the coins. Failing to make it to the pig could result in you getting hit and coins will shower across the area in true Sonic style. It's actually quite humorous most of the time and the whole back stories for each character were entertaining. Aside from coin collection you can also find power-ups which grant weapons or there's also special bonus objectives which net you diamonds. These gems are then spent at the end of the level you collected them to unlock better abilities or skills. Obviously as you progress things become more difficult and there can be a ton of events happening on-screen at once. Enemies will be floating while bullets from other enemies float about and then you in the middle desperately attempting to collect coins.

It's basically your simple platformer with some better move once you gain a double jump. Within each levels there's a bunch of things going on and even in the later magma levels I felt there was too much. While it does scale in the amount of coins you need to collect, it's also more frantic dealing with ever increasing enemy numbers. The random element of the platforms kept things fresh, even on replays though you do eventually learn each of the differing possible platforms well. Along with the single player component there's also a multiplayer aspect which is sadly restrained to couch coop, I mostly play online coop so it's really personal opinion. This can be done in quick or tournament modes where multiple people battle it out in an arena to fill that there piggy, it's a lot of fun. 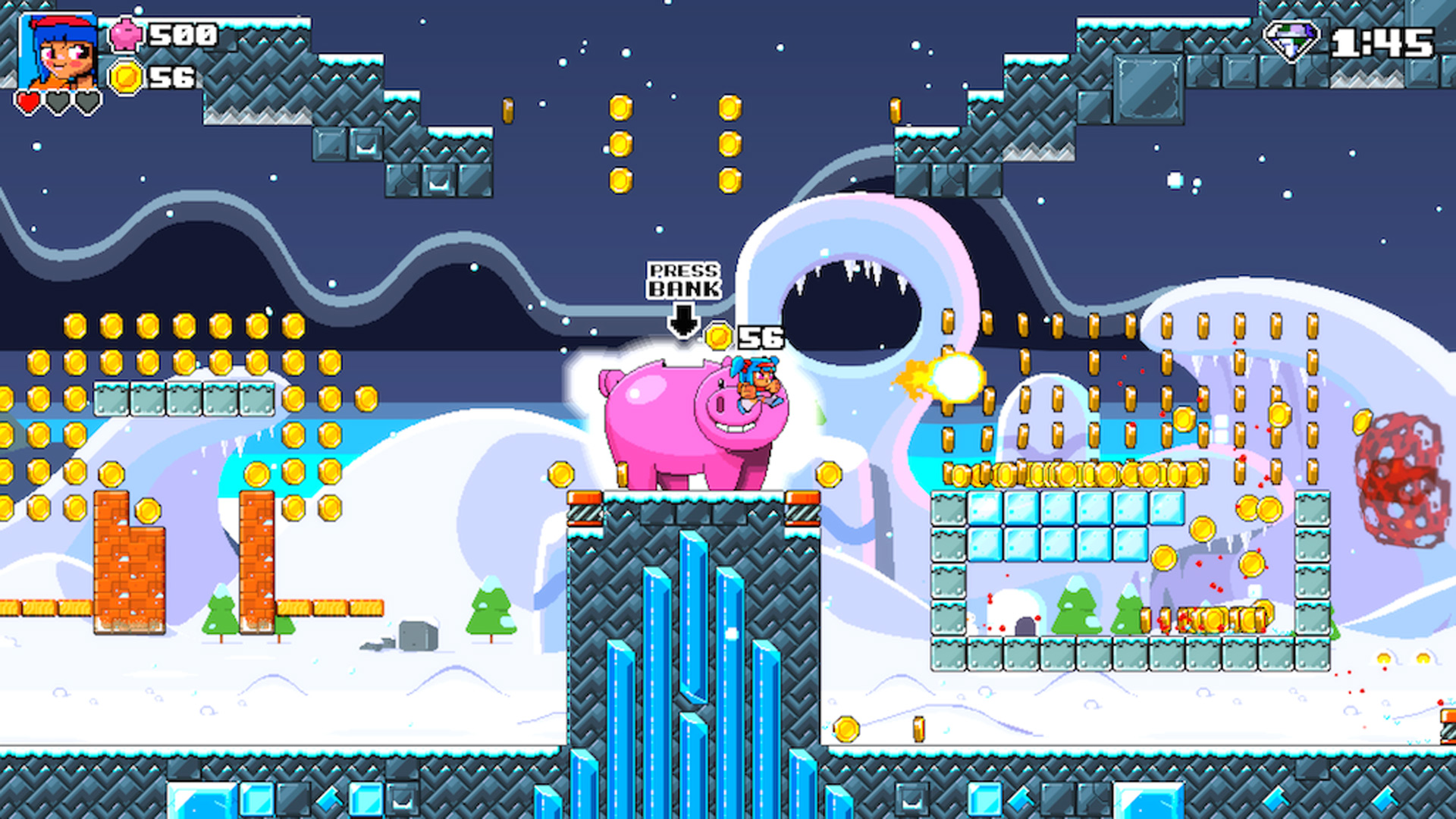 Mega Coin Squad is definitely an interesting title and the whole massive piggy bank was funny. While it does have random spawning I grew too familiar with the platforms and those later levels were particularly difficult. I didn't feel it should have had so many things going on at once or maybe lower the coin goal to be less. Other than that it was enjoyable to run about grabbing coins for my piggy or hopping on top of squids to squash them.