You're already a Chameleon, it's time for you to become a spy as well. That is backdrop to this colorful stealth oriented puzzle game which has you racing for the best possible times across seventy-five levels. Each of these levels has you tasked with collecting flies within them or as you finish the first round you can go back again for the much tougher version to grab ladybugs. These challenges essentially double the already fairly long play time that's possible with this more budget end title. In every level you'll face a number of set challenges or puzzles within the room that build on your past knowledge and constantly introduce new angles. I found this strange as even in the higher up levels I was still seeing new mechanics being introduced and it continually kept the game fresh throughout its entirety. The total levels are broken down into various sub missions which create themes like grabbing a priceless work of art or stealing special keys. I actually really liked this background play as just being a Chameleon that switches colors to escape detection was interesting enough. It was honestly quite surprising how fresh the game was, despite playing it for many hours to complete the core aspect of the game. Purists in titles will go for hardcore runs and speed runs to see just how quick they can rip through levels as there are extra score markers to hit if you so please.

Movement is simplistic as you just walk about the levels and then match the various colors that are splotched around the levels. Each of the four colors matches a button input so it's easy to switch between them. This concept was well done and a very simple, yet effective way to solve puzzles. I will complain however that some of the later shadow levels where you're going between moving walls was a tad touchy. Though this only caused me to re-organize my strategies and tackle it in a differing way. It's rather linear in terms of running through levels and solving the puzzles though you'll find a bunch take extra time to lay out before hand. There's the option to wave your screen to view the whole level while playing in order to get the edge. 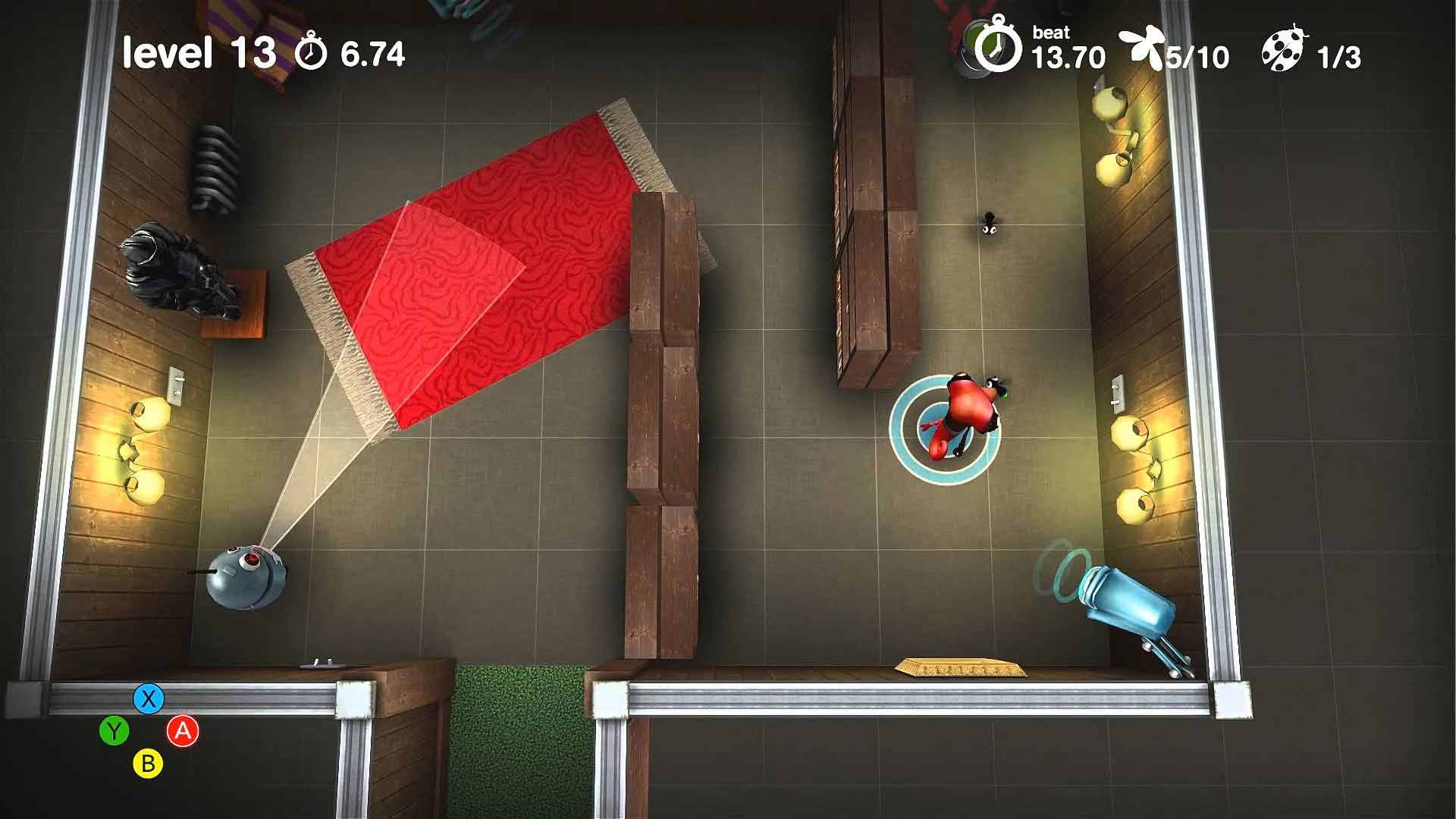 For the cheap price and value of gameplay this will be a solid purchase for many. It would definitely be a great younger audience game that presents a good challenge, I even had great issues with some parts myself. In terms of value you get a ton of levels and re-playability with this game though there isn't anything aside from the campaign for you to continue playing. I really enjoyed the color switching of the game and haven't really seen anything like that before since it's a very simplistic idea of gameplay. I enjoyed Spy Chameleon and for the great price I'm sure you could easily as well.