Nero is an interesting title for a console and especially for a world wide release as I haven't really seen too many visual novel type games available. I have of course heard of them in the past, though mostly overseas in that regard. Nero is built around the emotions and pains of a family, which of course are hidden within the themes of this explorative game. Movement and such is simple in the world as you generally walk throughout it with a sprinting option that really doesn't make you move much quicker. It's an interesting pace and prevents you from speeding through the experience. I will also say that story wise it's actually a really quick games, the aspect of time will come into play depending on how far out you explore. While there's a main path of progression which is really short, the option to go out and finish all puzzles is always there for you. It also builds on a more rounded experience if you actually do complete all the puzzles as they come around again later on. The whole overall story itself was actually quite a sad thought provoking narrative that reveals itself over the course of the journey.

This is a first person walking type experience. Movement is relatively linear and you're neatly guided everywhere. I did however find at times due to the dark nature of the graphics that I had some troubles telling where to go at times though I was still always headed in the right direction. It's also neat how puzzles can be optional and eventually you always reach the end. You also have the ability to produce spheres of light which help in the simple puzzle solving and a companion which assists in some areas. There were also some issues with the frame rate and some textures, but they really didn't drag too much of my attention. 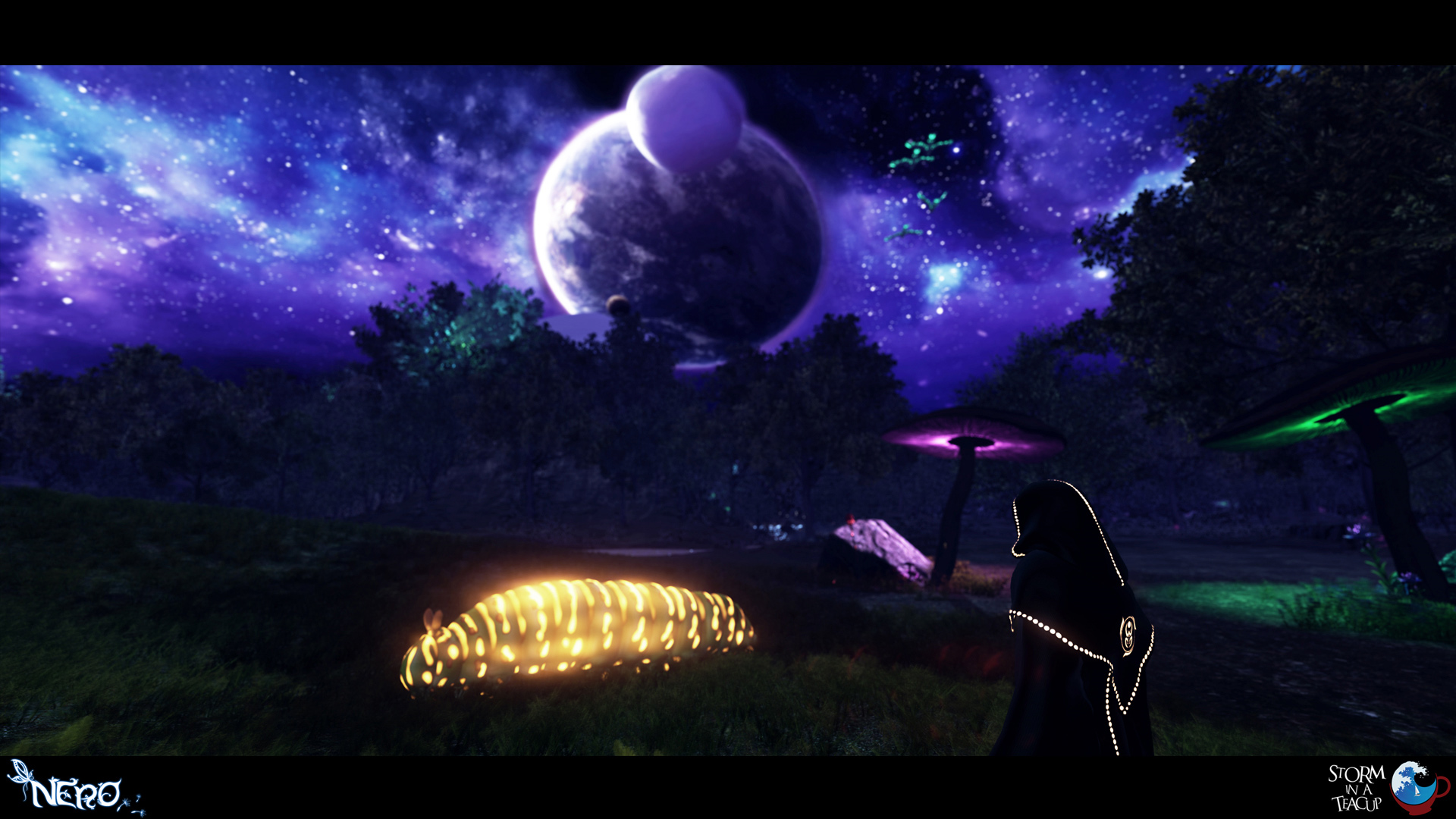 By the end of my journey in this really beautiful looking game that's filled with magically awesome caterpillars I was left with some sad feelings. I will however judge this in aspects of what people will feel fulfilled with. You have to remember the type of gameplay matches what it's, a interactive visual novel. In regards of gameplay there really isn't much, though there is a fair amount of puzzles to complete if you choose to do so. The actual game isn't long at all and I completed in under two hours completing a good amount of puzzles. I will probably go back for some of the picture collectibles and puzzles that unlock achievements. I do wish it was longer, though it was still a beautiful journey with strong themes. Will end with a comment that both the caterpillars and jellyfish were really a gran spectacle.

Nero Review on Xbox One
Review Code Provided by Microsoft