I first played Lifeless Planet about a year ago on the PC, I was quite impressed with the gameplay style of this massive world based around soft exploration. There's a certain level of calm movement that's mixed with an awesome Sci-Fi aspect that's sure to impress. This game is less about doing tiresome tasks or difficult puzzle and more of just soaking in the planet around you. There's a mix of horror elements and awe as you discover the secrets this place has to offer. Originally I had assumed this would be a console game at some point since it seemed well geared towards that with controls already in place and just the feel of the game. I do find it slightly odd that it's considered a premier edition even though no new content is available. This is an aspect that I've expressed disappointment with on other straight ports and I'll make the same complaint here. This takes place in an alternate timeline of mysterious portals during the Cold War and the world sending astronauts to checkout Soviet findings. Instead of a luscious environment the survivor of a crashed ship is greeted with a vast wasteland. He does however come across some dangerous scenes and meets a possible survivor as secrets of both the planet and his past come to light.

Movement is simple and basic in terms of it essentially being a walk around game. You can walk everywhere or bounce about across the various landscapes. Sometimes you'll gain some jet pack boosts or other moments will have you using a fancy arm. There are some puzzles to be solved across the landscapes though they really are quite simple since this is a game based on exploration. On your journeys there will be dark and light places though the console version definitely looks better balanced compared to my original PC experience. The world continued to display the same imaginative space as my first playthrough and was well adapted for the console space. 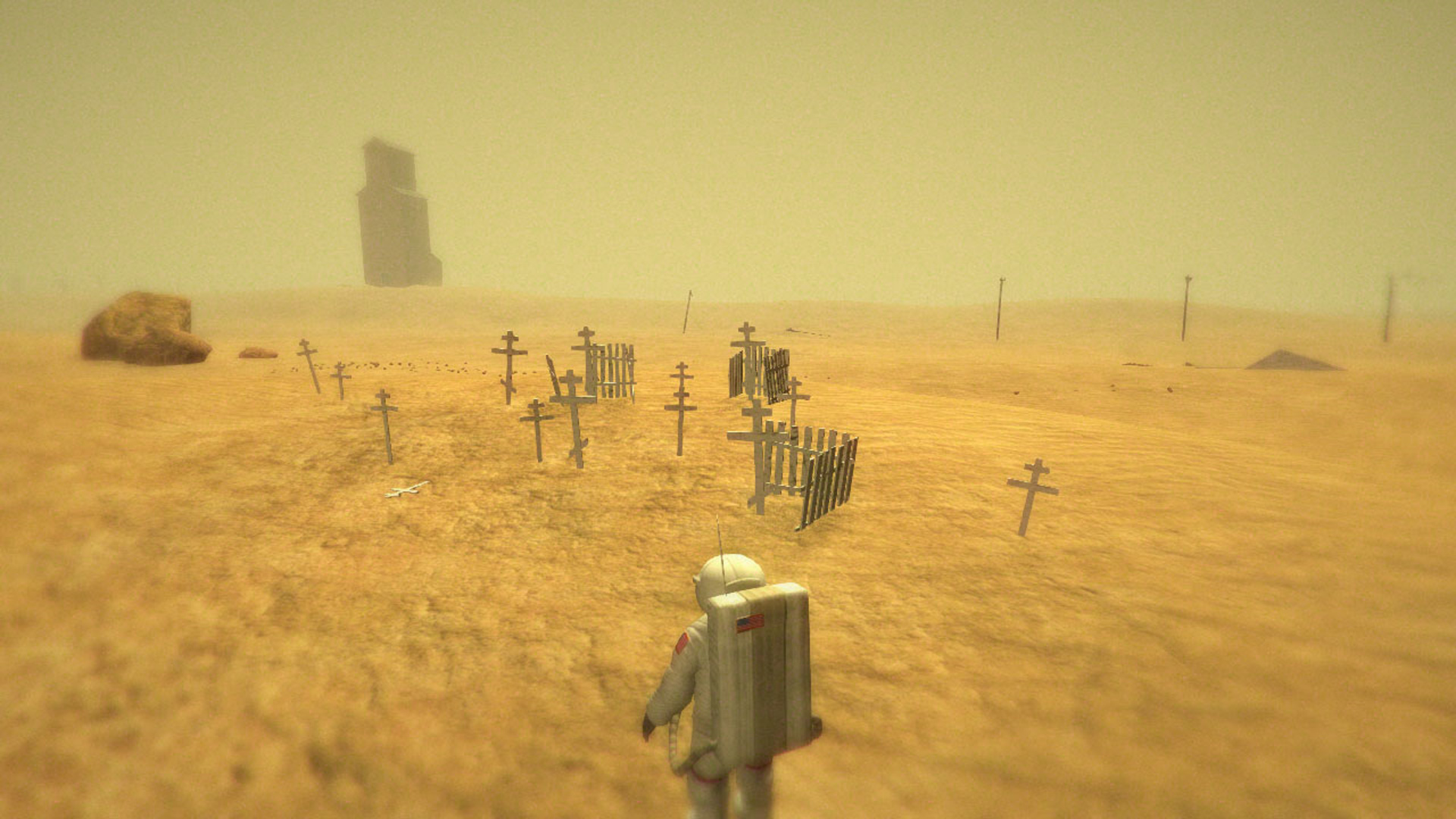 I do wish that there was some additional content or something extra available for this as it's a port and you can't really call it a "Premier Edition". Your first playthrough will provide a great few hours of gameplay for a really interesting Sci-Fi adventure of which many games dare not to embark upon. It's also a rather calming time as you hop about this dead planet in search of answers and a way out. The balance of area movement, horror atmosphere at some places and the thrill of the story provide a great adventure across the wasteland.