This is an interesting title in terms of how it lets you progress and the actual style of gameplay. You're presented with a side scrolling view though you're dungeon crawling while doing this in ever an ever-changing castle. Each life is an aspect of your family tree and when you die, it's over. From there you select your next heir and continue battling with them across the deadly areas of the castle. Your heirs do however get to keep any fortunes you may have come across and abilities. This is where a merchant system of sorts comes into play as you upgrade aspects of your knight or pay for merchants to give you extras to enter the castle with. It takes a long time for you to get a good flow going where your run is brought with wealth in order to give the next heir a better shot. That's really the main cycle at play here, though I will also mention that death takes whatever gold is unspent before taking another rotation of the dungeon. There's also a bunch of areas for you to explore within the place which of course are random, though the themes continue in various sections. I honestly never made it too far and was killed by whatever means of deadly creatures or traps. Despite this punishing streak of deaths I just wanted to continue playing and at this moment am thinking about some more runs tonight. It's all about getting better over time and seeing a very long train of heirs. I feel bad for all those that have perished and at this point a bunch of my heirs are facing birth defects. It's actually somewhat funny as occasional ones are colorblind or see the world flipped upside down amongst a number of issues. This makes great variation in play and keeps it fresh, remember you do get a pick of the crop every fresh run.

The art is quite interesting when moving through the castles and always continues to make itself feel fresh. Movement is fairly simple and can be expanded on when collecting blueprints hidden in your runs. There's also a bunch of random side event occurrences like mini games and such within the castle to do. Aside from those, you may also choose to face the odd boss creature though I tried my best to steer clear of them. I did also find that almost everything wants to kill you within that place, so really best of luck to your many heirs that will attempt this adventure. 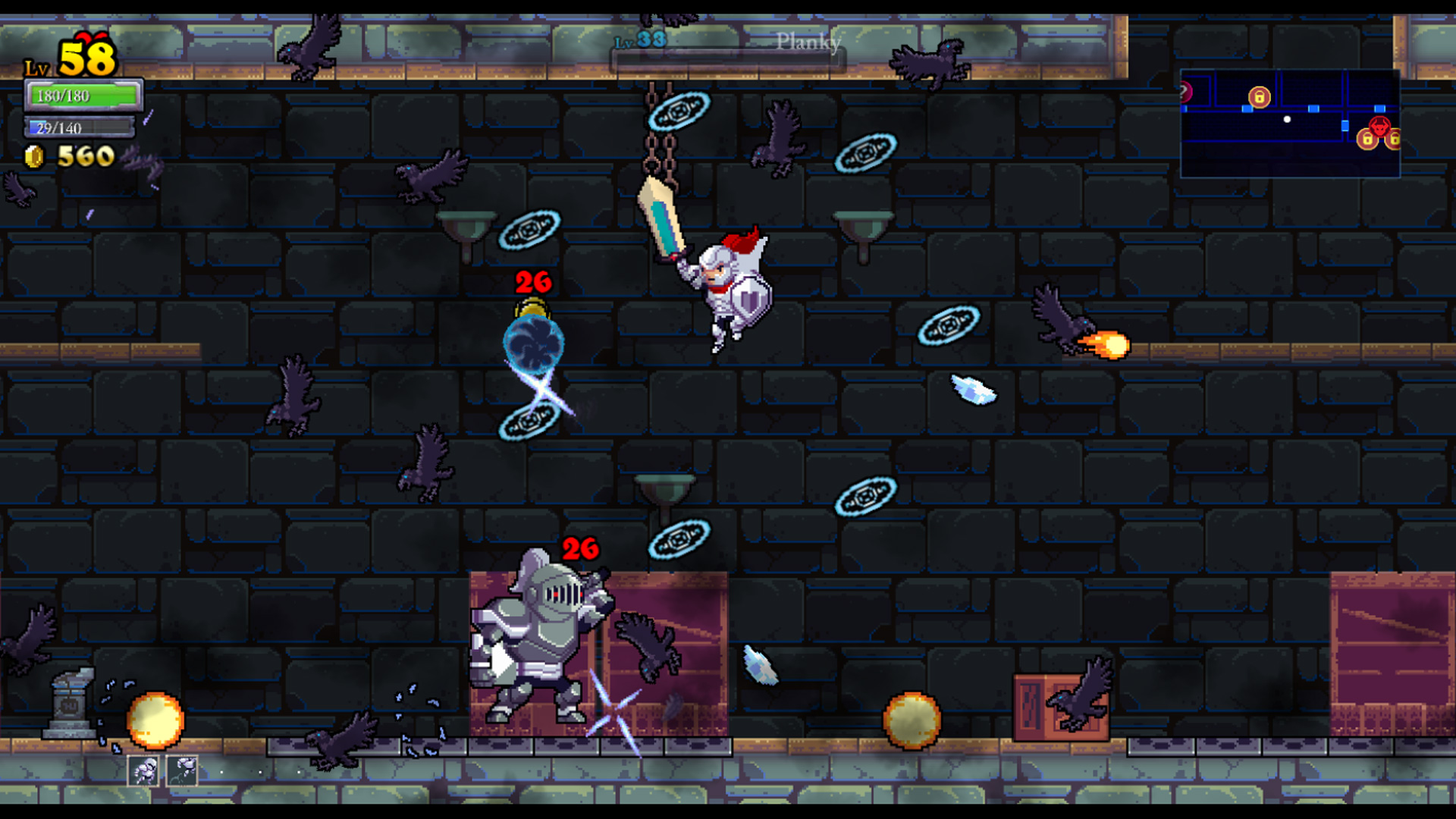 Rogue Legacy is a really great experience and a bunch of continuous fun. You get some sort of drive every time you die, just to try your best for a better run next time. It's also interesting that it was able to pull-off the insta-death system and make it not effect gameplay at all. The controls are well done and making my heirs better way thrilling. Definitely a great title for the console and just a bunch of fun to play.