Shovel Knight is a look back at retro games bringing with it a set of olden bit styled graphics. Another completely odd and strange aspect of this game is using a shovel as the primary weapon for the knight as he traverses tense and unforgiving worlds on his quest to save the land. It was neat taking a look at this older style of game that was created in a present time and that they could pack so much more content into this iteration of the indie title. With one aspect actually being the introduction of a special Xbox exclusive boss of the Battletoads which are just silently awaiting their shot to come back in gaming themselves. The game had a great progression system which felt classic as you move along area to area while taking out enemies if you chose and collecting treasure. By the end of some alotted sections you would eventually come across a boss to tackle. If you succeeded you of course would continue on the path with all the treasure or secrets you managed to collect across the section stages. There was also a great market place you could travel back to in order to get some better equipment to help on the journey ahead.

The game was of course presented with bit graphics as mentioned before with 8-bit being the exact amount right there. This creates a pixel like environment though the artwork was quite lovely. There were also many secrets and treasure stashes to collect within this world which made the spaces feel more dynamic than games of old. The levels could be difficult at times though you would just need to usually apply learned skills and rhythm to move across them. Bosses also reacted in a similar fashion to this idea of finding out the correct flow to take them out. 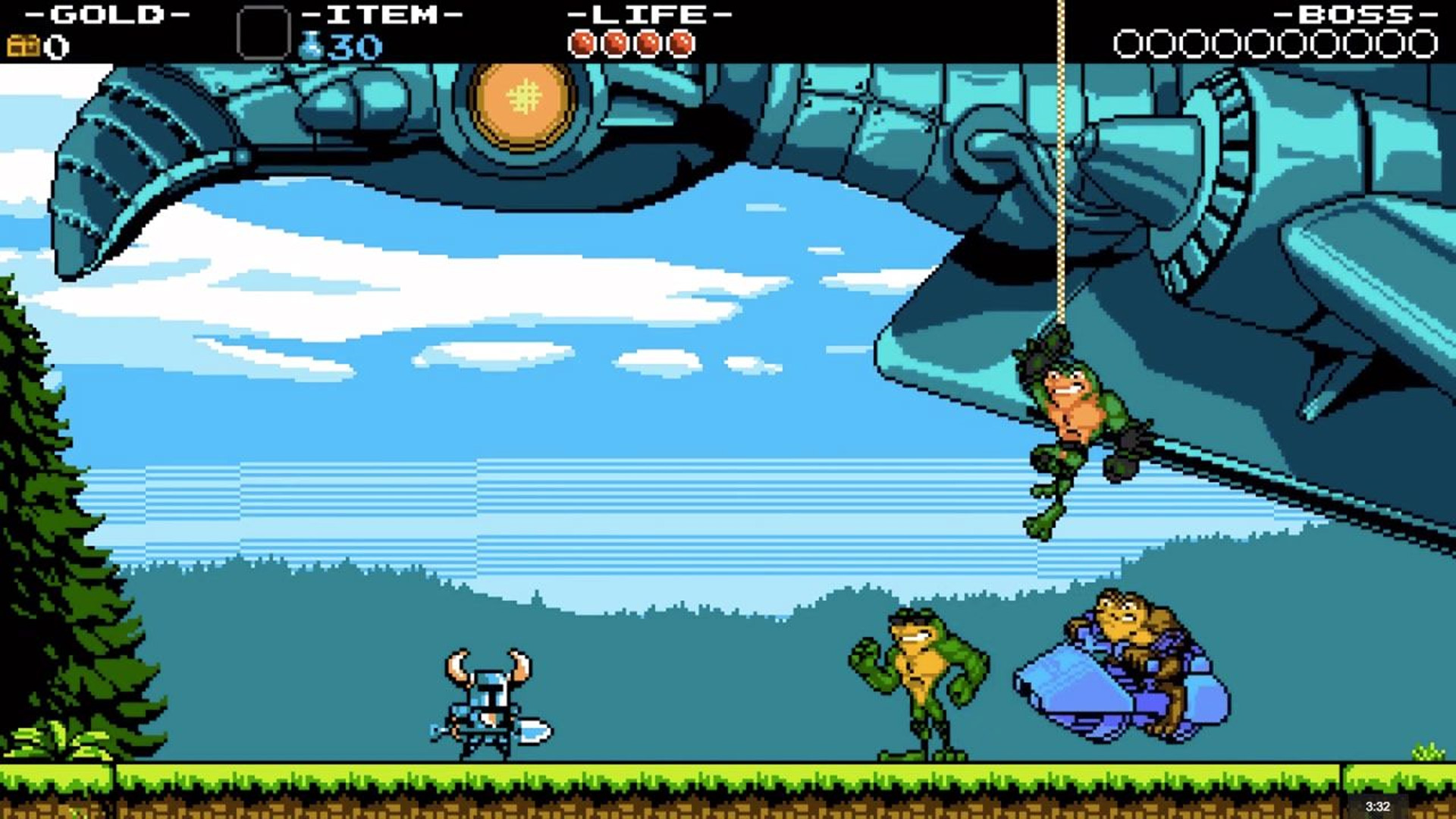 If you like the old style presented within this game or want something with a fair bit comedic charm then Shovel Knight is definitely something to check out. It may look like an old game and play like it too an extent, but it brings some new concepts into play as well. While at times it can be tougher than what most gamers are used to these days it provides a fair challenge and decent checkpoints to continue your questing. I still find the whole shovel aspect to be hilarious and still the weapon does do some crazy damage from what I've witnessed.