I like the Kinect, I really do. However it's games like this that build an argument against the wonderful device and I honestly have to inquire about certification on this. Myself, along with others I've chatted with can barely even get the thing started since it doesn't register your hands in the menu at all. Well, that's not fair since after a round they sometimes appear so I can view the store. I had to rely on chat methods to move through the menus which were well done, though you need to have hand movements work or controller inputs if they don't. Honestly, did no one think about those that have issues with menus or the though the about menus not working and that someone may want to use a controller for the menus? It's also very basic in terms of gameplay with just a play option and a shop, that's it. Apparently there's a sort of progression though I didn't see that as it was essentially the same combinations of zombies flopping around but in random order each time. There's also a set amount of time to survive though my clock always went over the allotted amount. Within each level you get a score and are also tasked with collecting coins in order to get better items. These work out towards a score at the end of the each round with you gaining XP from it and then unlocking shop items. Some items are for vanity though others just make the gameplay easier than it is and thank the gods for coin boosting so I could get the achievements faster to be done with this. I don't honestly even have the heart to get the last achievement even though the game is an easy completion. I also am negating my gameplay section in this review since there isn't anything to it. When in the match you flail your arms about slicing zombies which had cool animations and attempting not to drop them or hit bombs. Exactly the same as Fruit Ninja which I don't mind, but you need to bring something unique. 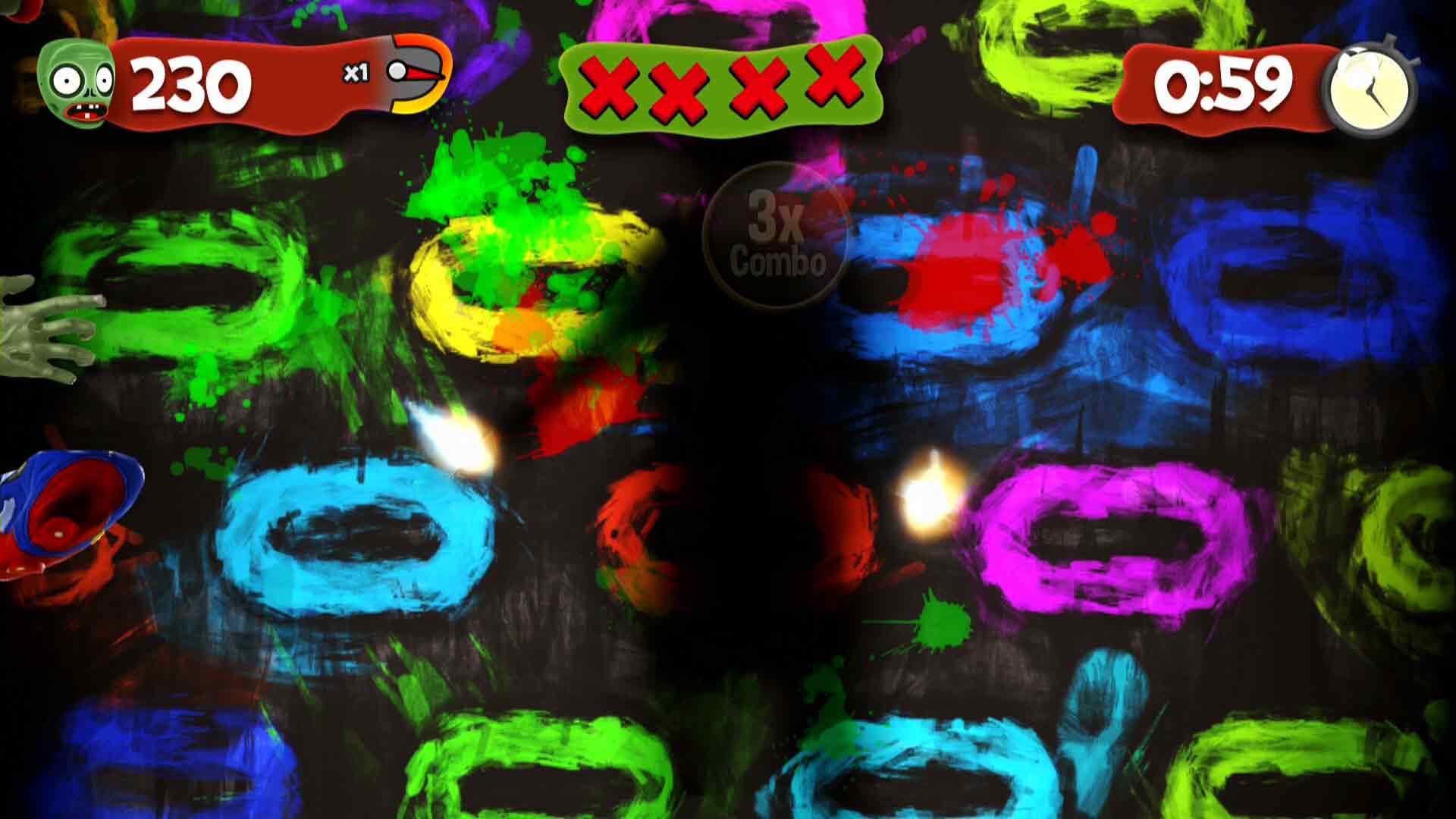 Unless you want some achievements or an occasional game for your kids to play then stay away from this. It barely works and is a barebones Kinect game that brings shame to the peripheral. I feel bad hating on a game like this, but really is this rough and disappointing. I hope the developer continues building for Kinect in the future as we need experiences on that platform, just this was a miss. At the end of it all I'll say that the zombie art details were neat and I liked the retro hand slicing tool.