"A Sad Army of Many"

The signature style of play that many enjoy from Army of Two returns once more, though this time around you take on new individuals and battle in Mexico against the cartel. Many cooperative aspects return though it never feels true to the original series and more like a spin-off which laughs at previous canon in the series. Now, it may not be the biggest series though I was a fan of previous games with this one being rather awful. It seems too glowy most of the time and generally the chapters are set up at random it seems. There also really wasn't much of a story here and it felt very loosely put together while also betraying characters from the previous games on their attitudes. It felt very much as a lacklustre experience and campaign with no real replay value. There was a levelling system of sorts in the background which allows you to buy better swag though the main story is all that there's. It was nice to see the next level of destruction though that was largely cinematic in nature and not as natural as I would have liked, though on the smaller cover being destroyed scale it was well done. By the end I was just hoping that it would be over as characters really weren't developed on at all.

Cooperative play is well done when you work together with your team mate though honestly you can do the whole single man effort when out there in combat. I really hated how empty levels felt as you grinded through them in shooting gallery form and honestly I felt as though I was killing the exact same character about a thousand times. I don't know if it was poor placement or lack of models, it just got stale real quickly. Shooting and such was well done along with destruction of the close environment. On a large scale the big moments were neat, just felt too scripted in nature. 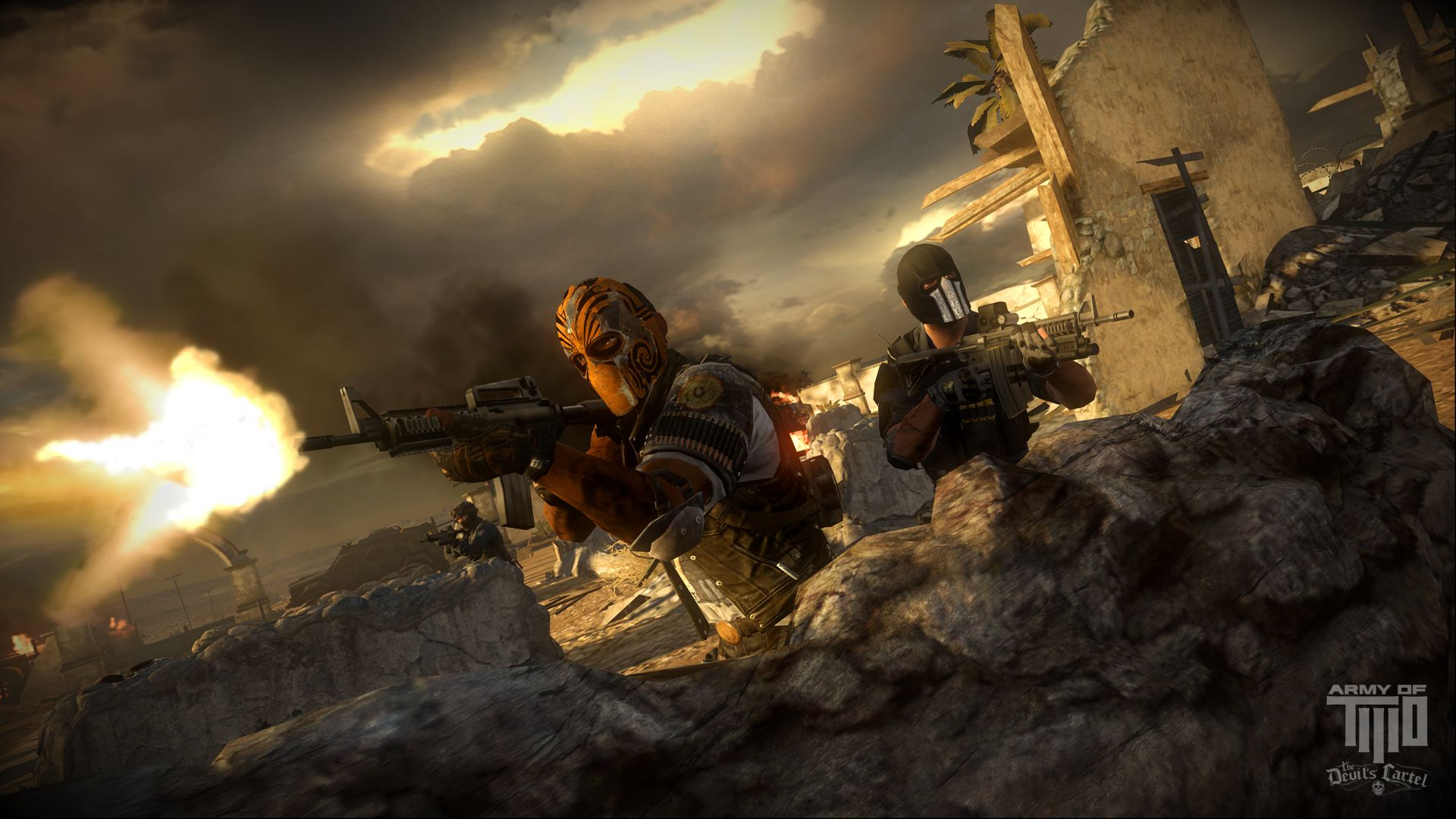 I'd just pretend this entry from the Army of Two series never happened and continue on with my day. This doesn't mean I wouldn't like to see future entries, just something else from this series as it's a neat concept of cooperative play which many other titles don't get this right. It's rough fighting the same enemy in what feels like never ending grind fests of poorly paced levels, it just is. There was also a very poor story in place with no real character development as the main characters sounded stupid in combat with their shouts to one another.

Army of Two: The Devil's Cartel for Xbox 360