I had originally played Project Root when released on PC awhile ago and did actually quite enjoy the unique classic style of play. There's something about the whole twin stick ship shooting and flying system that I always seem to enjoy. Moving over to consoles I would have assumed there would be some differences to make it a bit of a complete version, though it's just a straight port over. That really doesn't change anything, just wanted it to be noted for those going over from PC. The story follows this almost no risk young pilot and his overseeing female speaker. It's got that classic feel to it and honestly it's just strange. What Project Root excels at is the actual gameplay which has you destroying hordes of enemy ships in fantastic explosions. The artwork and details are really interesting with those explosions being quite a spectacle. More onto talking that horde, is that most of the time the game is incredibly unfair. Blanketing the map in waves of enemies you really can't take out, which is fine on the PC platform where more individuals like a challenge. The difference in console users is that they'll want to have a quicker route to levelling and so it doesn't feel like such a grind. It took forever once more to level up in order to beat levels at a bare minimum which I'm sure many others will just set it aside. So if you don't like a hardcore challenge than this is definitely not for you. For the purists there's a good amount of challenge and many hours of grinding to level ahead of you. Level really aren't too long, but it'll take some tries to learn the layouts in order to master them.

Project Root is an overhead viewing classic styled twin stick shooter. Which is quite a mouthful, though that basically sums up what the basic gameplay is like. The visuals are fairly neat though honestly on consoles I expected it to be better optimized as the shadows underneath the ships were an odd pixelated shape which I'm fairly sure isn't a graphic choice since it doesn't match the rest of the play. I also felt that the whole navigation system could have been handled better as many will get lost when using it. When in combat enemies can attack from both the air and land from which you have two weapon sets to answer with. There's also power-ups to collect during play which help though you'll be focusing on level gain. The XP granted from doing this will be a huge factor in your success as upgrading the ship is vital to winning. 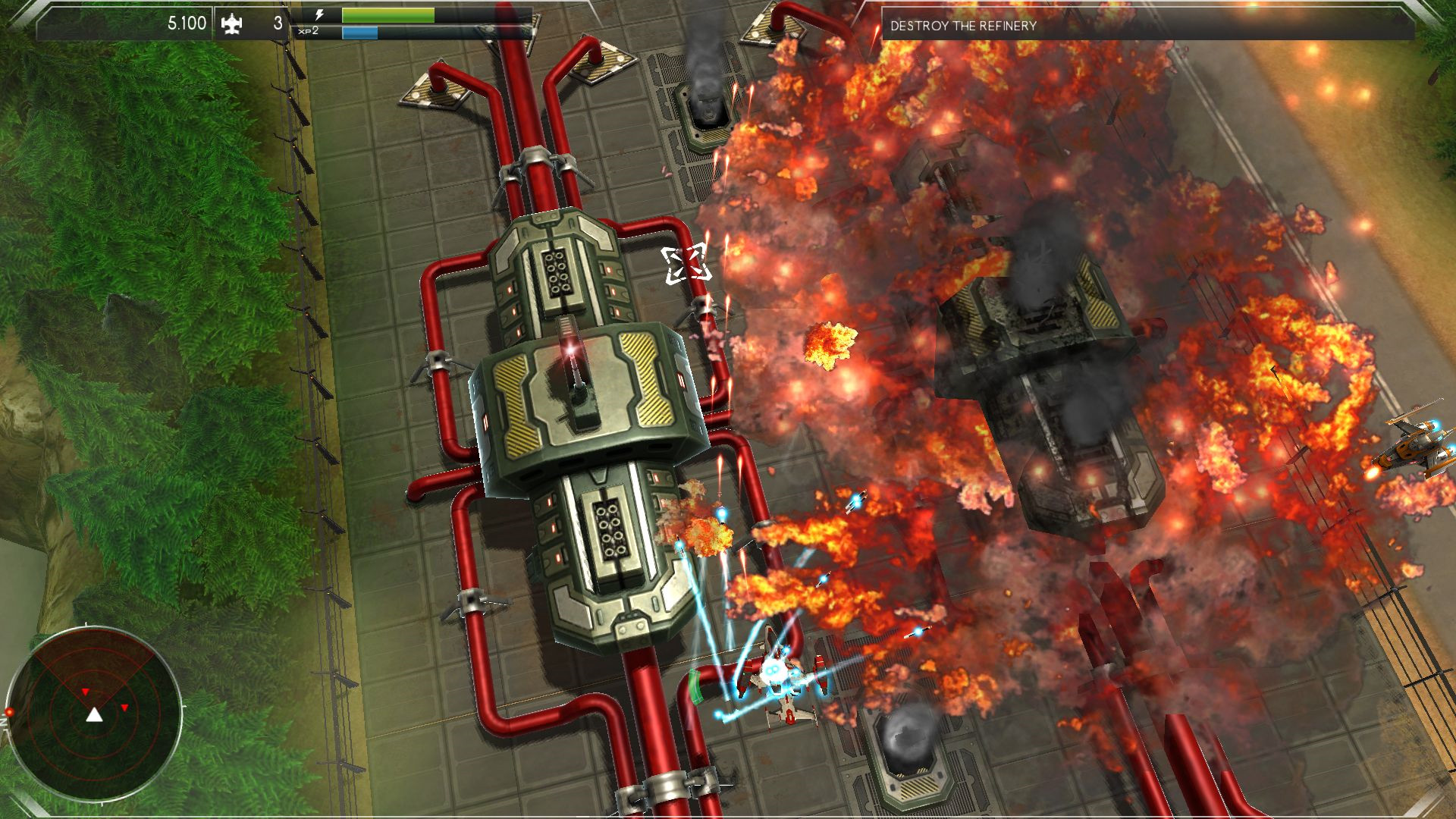 Project Root is a great classic ship game and can be a bunch of fun to play at times. I was however slightly disappointing that it was a straight port over instead of a final edition. Despite this many will enjoy the game, though I must warn it's geared more towards the hardcore as casual players will most likely give up after getting beat many times by the vast amount of ship waves coming at them. It's about average in terms of enjoyment for me and I honestly had a better time playing it on the PC despite the better control feeling of the console controller.