WE ARE DOOMED Review

I quite honesty love the title for this one, WE ARE DOOMED. It's quite a statement for this twin stick styled shooter game with similar play to Geometry Wars, Asteroids or Sixty Second Shooter Prime. I mention all of those since it's relatively the same genre type of classic games where you spin about in a ship shooting oncoming invaders.

This game has two modes available for you which doesn't quite equal out to enough gameplay. First off is the regular waves mode which has 30 total waves to play through. These of course grow in difficulty and there's a crazy amount of things going on at once. You also unlock starting points every ten so you have an easier chance of progressing to the end if you're not great at these type of games.

Once you finish this off, there's really no point in going back aside from missing achievements. The other mode in the game is endless which sinks unlimited amounts of enemies at you for frantic experiences. It's a desperate game of survival as you attempt for that high score to compete against friends. Then, that's really all there is to the game. A almost too short, yet sweet experience as I was hoping there would be some more additionally modes as it's definitely got a strong vibe to the game.

Moving forward on that vibe, I say it in terms of atmosphere and environments. The graphics were fantastic, the enemy creatures and even your ship in how it moves along with shoots was glorious.

It was some weird trippy world and unleashing hyperbeams from collecting trinkets was great. Even the music matches this weird almost abstract art world, it's just that there really wasn't enough content available to really deliver behind this. 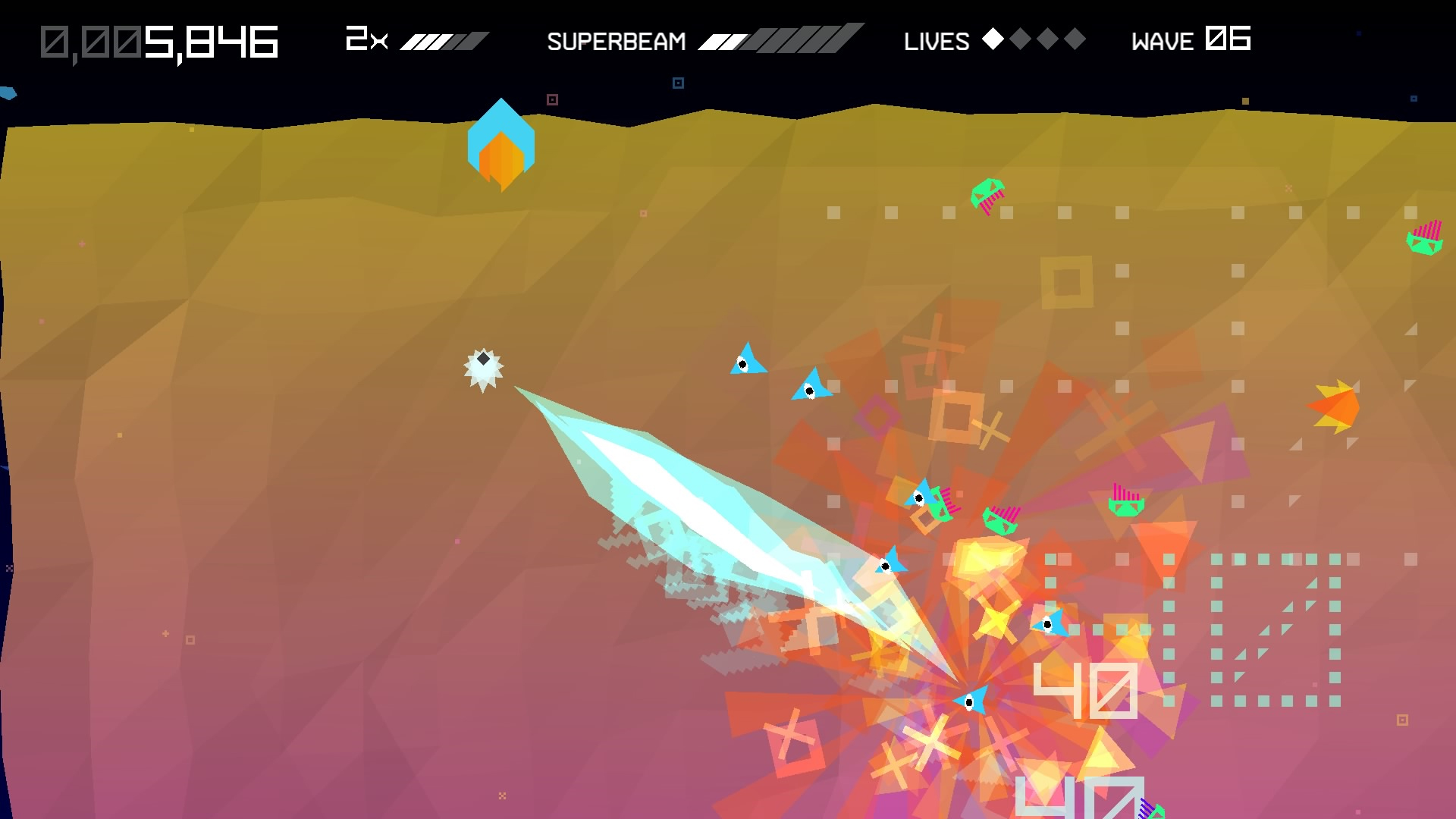 There's not much more I can say in terms of what's in this game as I quickly went over the content up above. There's the two modes where Waves will be over fairly quickly and even endless really doesn't have any variation to it. While I did have fun playing this and loved the whole art styled world in the background there just isn't anything too it.

I know it's a twin stick and those generally aren't too sophisticated, I just expected more variation in games modes. Still, if you like the genre and gameplay then it doesn't hurt to play it for a bit as the time I did spend with the game was sweet. 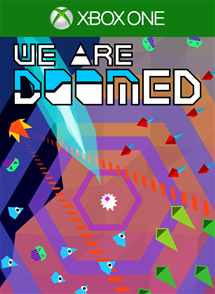