"Arcade Ball for a Second Time"

First off, before we really dig into this second return coming of RBI Baseball is that I actually did enjoy the title last year around and did as well this year. Though despite me enjoying the baseball games, I can't help but notice and make comment on the many issues that plague this release effectively hurting its score. The biggest changes this year were mostly visual as stadiums now look like their real life counterparts, players have actual updated stats and there are some fancier animations. As soon as the first match loads you can see the better presentation come alive with the grass and then when you swing the ball for a home run it occasionally does the beauty tilt move with bat drop. It's these moments which should have the focus of changes to produce more like it. Now onto the mad elements of this better visual area and that's the crowd is still paper cut outs, like cmon! Also I hate that both the pitcher and batter slide, it can't be that hard to make them have somewhat fluid steps or something. I should also mention that the option to have a full roster is now available, though I mostly went for the old arcade style of play. Multiplayer was also a feature I requested last year which is available now to play with a friend or a smart match. These are quite awkward and difficult at times with judging how people react to each other in this type of arcade baseball. It was also incredibly laggy to play at times and players usually quit when the matches got too lopsided. It's definitely a welcomed feature, it just needs more work to it. The traditional season with options returns along with play-off mode and exhibition. These are largely the same, but I'd like to take a moment to say it would be neat to see a "Be a Pro" mode introduced or something to make it feel customized.

A great aspect about the RBI Baseball series is that it's actually got really simple and basic controls. You use the "A" button to pitch or bat and either "LS" or "Dpad" to aim. Running is mostly auto done by the AI though you can steal bases quite easily as well. That's really as complicated as it gets when playing the game which can have people hop in easily. I did notice this time around that occasional severe frame drops occurred during pitching which made it hard to bat or throw at times though this doesn't happen all the time. Additionally I found players getting stuck in the fencing or just standing still letting the other team get free runs. It was particularly frustrating when playing local and my player just ran into the wall almost losing me the match. Also AI has been given difficulty settings which honestly don't seem to do much to their cheating ways. 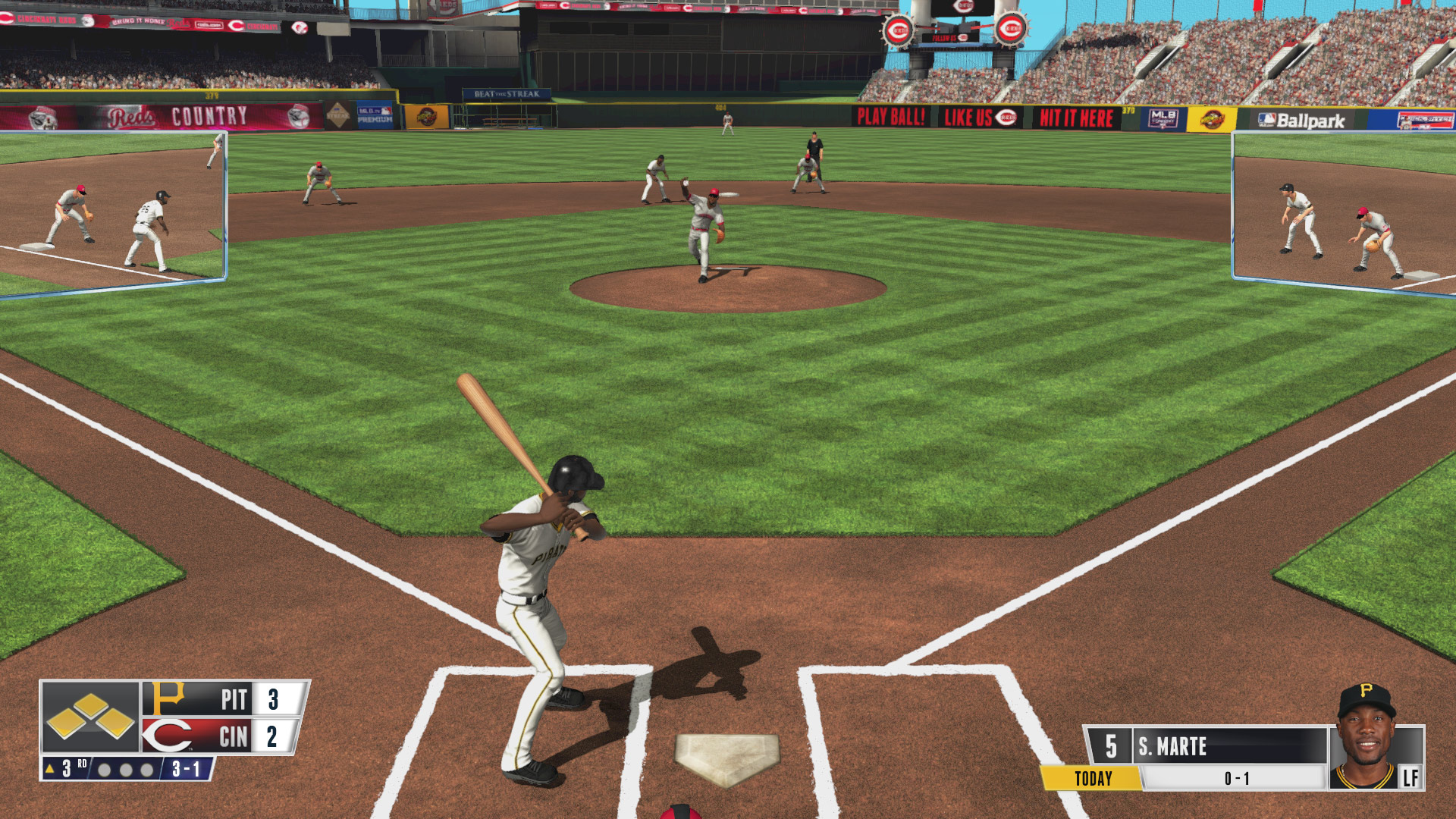 While it does improve over the last years iteration, there's still a ton for RBI Baseball to work on in the future and it actually is so progressing. In the future it may blossom into a great Baseball title, it's just not quite there at the moment. I did like the addition of multiplayer, but that also needs work as well. If you like baseball then this is a decent arcade style of play and on Xbox it's the only Baseball title you're going to have available currently.