With Tower of Guns you appear within a standard starting area and are given a set back story (which can be turned off) while being set to climb this dungeon like tower. What's neat about this is that every climb of the tower is random and unique across its various set level areas. This continuously keeps things unique while playing and really fresh. Your runs of the tower are also tracked and then you're given bonus starts at certain playthroughs in order to help with that next one. It's rather difficult at the start and takes quite awhile to get a good run going as death is in abundance. Unlocking new items is also achieved by attempting runs or the other modes present. This includes an endless run which is a ranked section for who can do the best. Aside from that is DICE roll where it's more random in what appears and the areas. With a few modes the game does mix things up, though there still isn't a ton of variety in those options. Occasionally you'll reach these points in-game with hugbots which are these adorable robots spreading love. Initially I just killed them each time, but now I look forward to their arrival and think of them as a good luck charm.

Like my original tagline up there the game feels a lot like Unreal Tournament in terms of movement and Borderlands in graphics style. This is completely fine to me and I actually enjoy the feel of gameplay when moving through my many runs. Levels are vastly different with the random area show-ups so it's hard to produce strong strategies for completion. It's really luck and how well you've been performing to unlock power-ups. These include health upgrades; weapon parts, jump upgrades and various other type upgrades which grant random abilities. When beefed up it well help moving through the various dungeon areas which also really vary. Sometimes they're straight forward whereas other time verticality or certain tricky spike portions may take place. Enemies are largely the exact same throughout so that's never a big deal except those saw turrets and spike spinners are just nasty. I wish there was some more difference within the various machines as they seem quite similar when moving by them. It's also dulled by a very similar color scheme as sharing with Borderlands the texture look, you really need to bring a brighter palette of colors instead of browns. 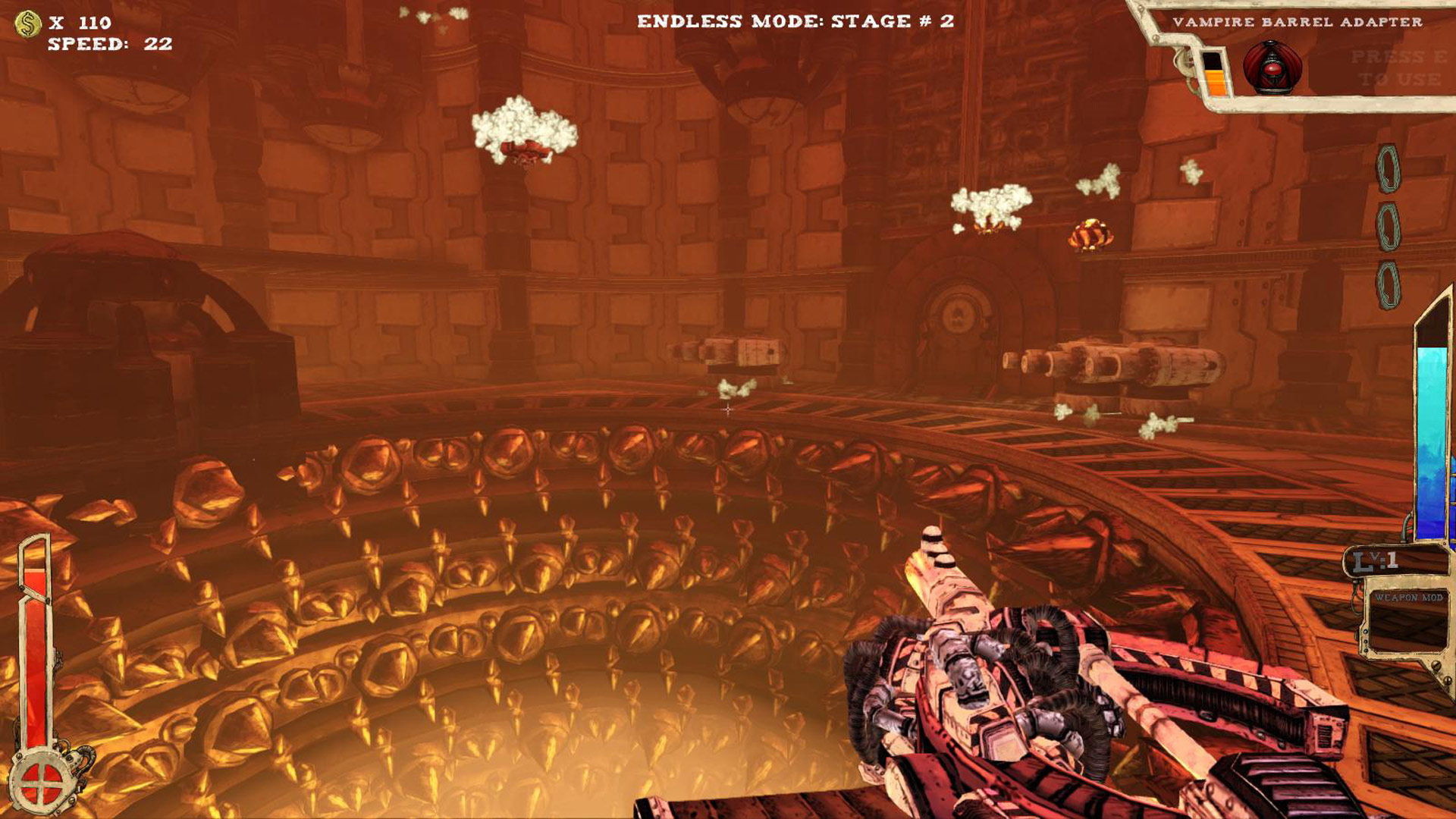 Tower of Guns is a neat game, it was an interesting arcade shooter with dungeon crawling. Some of the bosses you face after a couple of rooms could be really tough whereas some were easy and I guess that's the whole random element. I think the most appealing aspect of the game aside from that Unreal/Borderlands feel mix is that things are constantly different so that you can come at any time for a new experience. It'll be constantly fresh for players and those hug bots are also awesome! If you like shooters with that old arcade feel you'll be right at home an regular players that are more casual will enjoy as well.