It's nice every now and then to see franchises get some fun side spin-offs which are usually fairly decent. For Hardline Battlefield ditches the whole military style of play every entry has had for a cop story type one. Except it really isn't a cop story at all and really divides itself quite quickly instead of actually being what it set out for.

What starts off as a somewhat realistic cop story where you're busting drug dealers and patrolling streets becomes an out there experience. From there you somehow shoot an AC-130, ride a tank and heist a massive security like building. The game gets loses its grounding pretty quickly which is disappointing as those first few episodes pitched a very interesting title.

Moving on from those complaints the world feels very lively with you actually being able to interact with civilians and have them say phrases. The movement of characters also feels life-like the cutscenes paint a decent story. Missions though and general story were quite weak despite some big action moments and didn't get to where they were trying to. Even by the end of it every felt very loose and out of place, really did not deliver along with it being rather short. 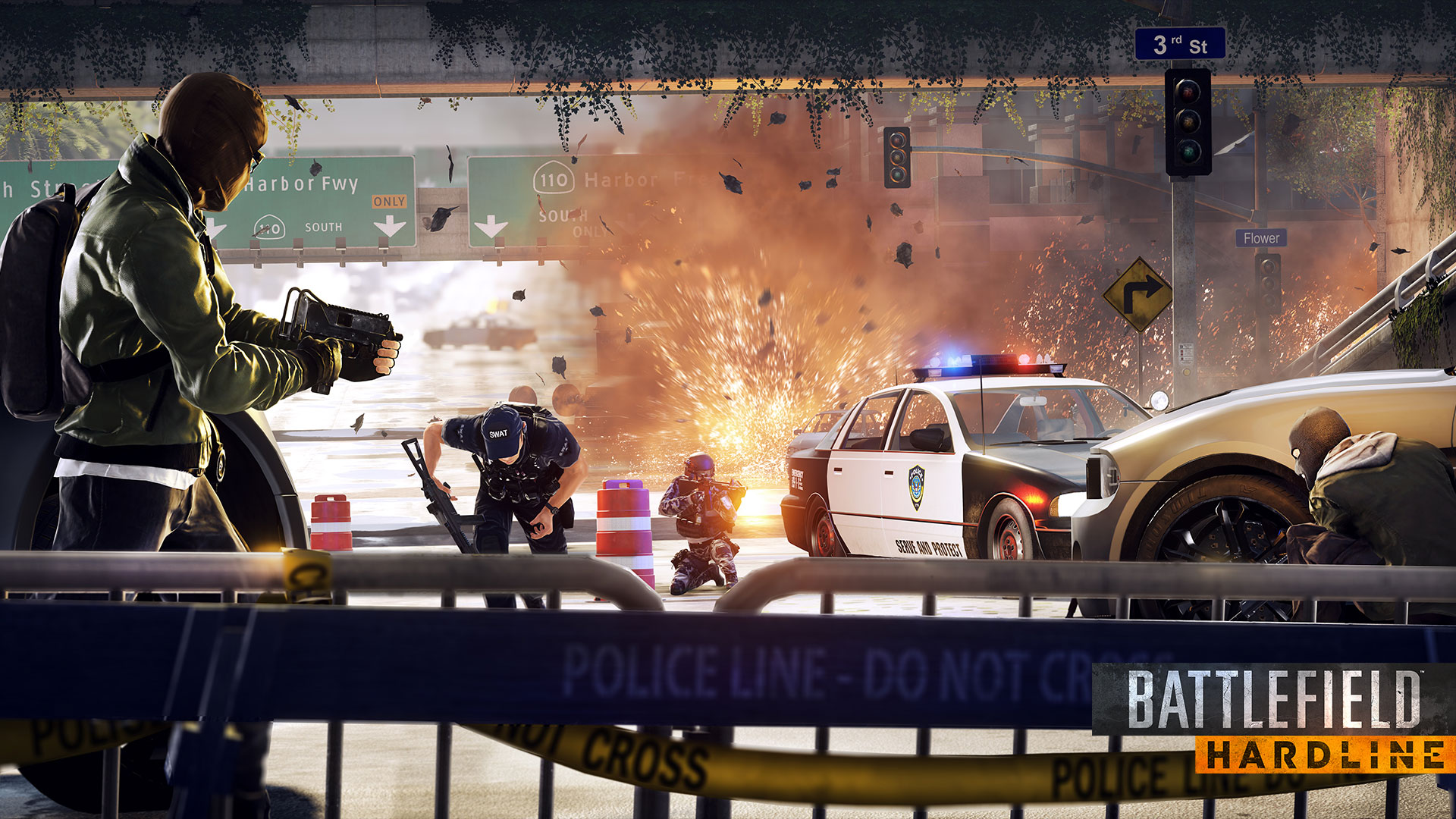 The online experience is largely the usual Battlefield game with a more cops vs robbers feeling to it. Many popular modes come back, though most are shortened into smaller focused combat. This is largely seen with conquest in smaller maps, there really wasn't anything too large in scale while playing online. New modes include heist which is fairly fun as everyone is after these suitcases, with the robbers trying to extract while cops defend.

The other mode is Blood Money where everyone grabs cash in a central location, though you can also steal from the other team and this mode is rather dry. There's still tons for individuals to unlock and progress with through class type unlocks. It's essentially Battlefield gone civilian with still Battlefield elements. Levolution also returns to completely change up the maps once more though as with the size of maps the scale of destruction is also minor.

While feeling like traditional Battlefield, Hardline inputs cop like combat into the mix including gadgets and weapons. Gone are the fun tanks and instead we have cool tasers along with grappling hooks or zip lines.

We also have a focus on cash earning to unlock things and this allows for some interesting purchases. The world also has been given more real details it with interactions of people and scanning the environment to gather intel. Aside from that levels have arrests you can perform since flashing your badge is an option to non-violently take down criminals. 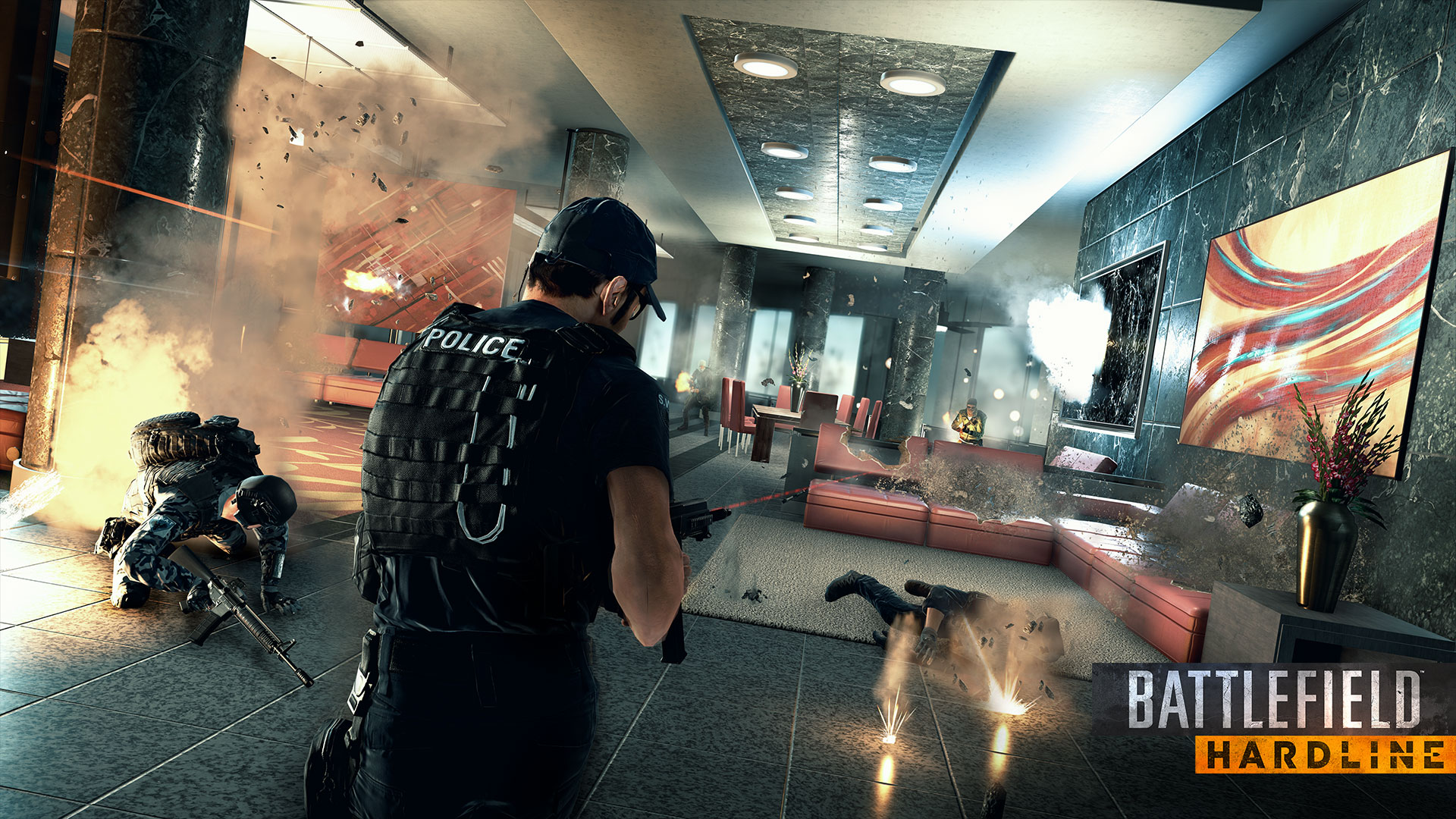 While Battlefield Hardline disappoints across many aspects, it's still an interesting divergence from the main Battlefield series. I honestly would be interested in seeing this explored further if it went towards making a grounded experience as the campaign got too out of control. It was also poorly written at times and some plots were too obvious.

The campaign was also very short across its episode like format which was neat and has some rather random moments. Multiplayer is always fun and many will enjoy the title for that aspect along as it's essentially a cops n' robbers type Battlefield. 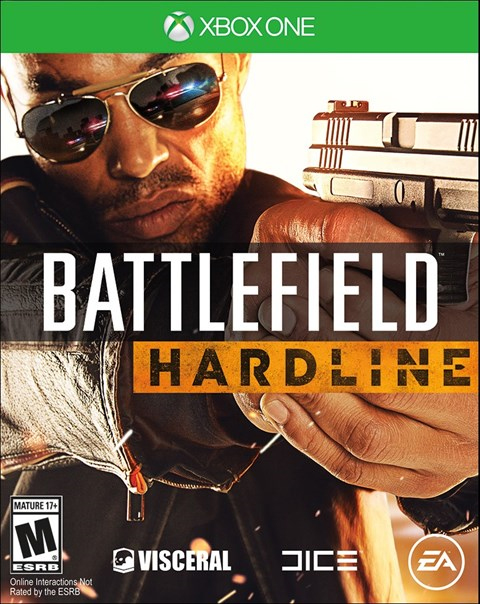