The sequel to the actually fairly great Fruit Ninja Kinect is upon us for the latest consoles bringing the existing modes and adding the festive area. Now that's my biggest issue with this is that it really only adds very small features while being technically the exact same game. Controls are even more smooth this time around and there's more to unlock, but it's still a very basic game. Festive mode is the only new aspect to the selection of games to play. This includes four special type modes which have you completing various objectives while something gets in the way and these are fairly boring to play compared to the quickplay selection. With quickplay you get the traditional fruit centric modes you're used to from the past game in exactly the same design. You get Zen Mode, which is all about destroying mass amounts of fruit in the allotted time. Classic which has the three strike and you're out design with missing fruit also striking you. Finally there's the Arcade mode where you try your best to gain as many possible points within sixty seconds. Aside from that there exists a party mode for multiple players of up to four which I don't suggest unless you want to hurt one another. Even with two there were some injuries on the fruit battlefield as it's not the best party game, unless drinking and not caring about injuries is involved.

Your hands have become blades and you have a vendetta against the various types of fruit that are flashing across the screen. Power ups and special fruit occasionally come by, though some are quite rare in appearance which makes scoring confusing. It's still great fun with a well tracked style of play to cut up all those poor fruit types. 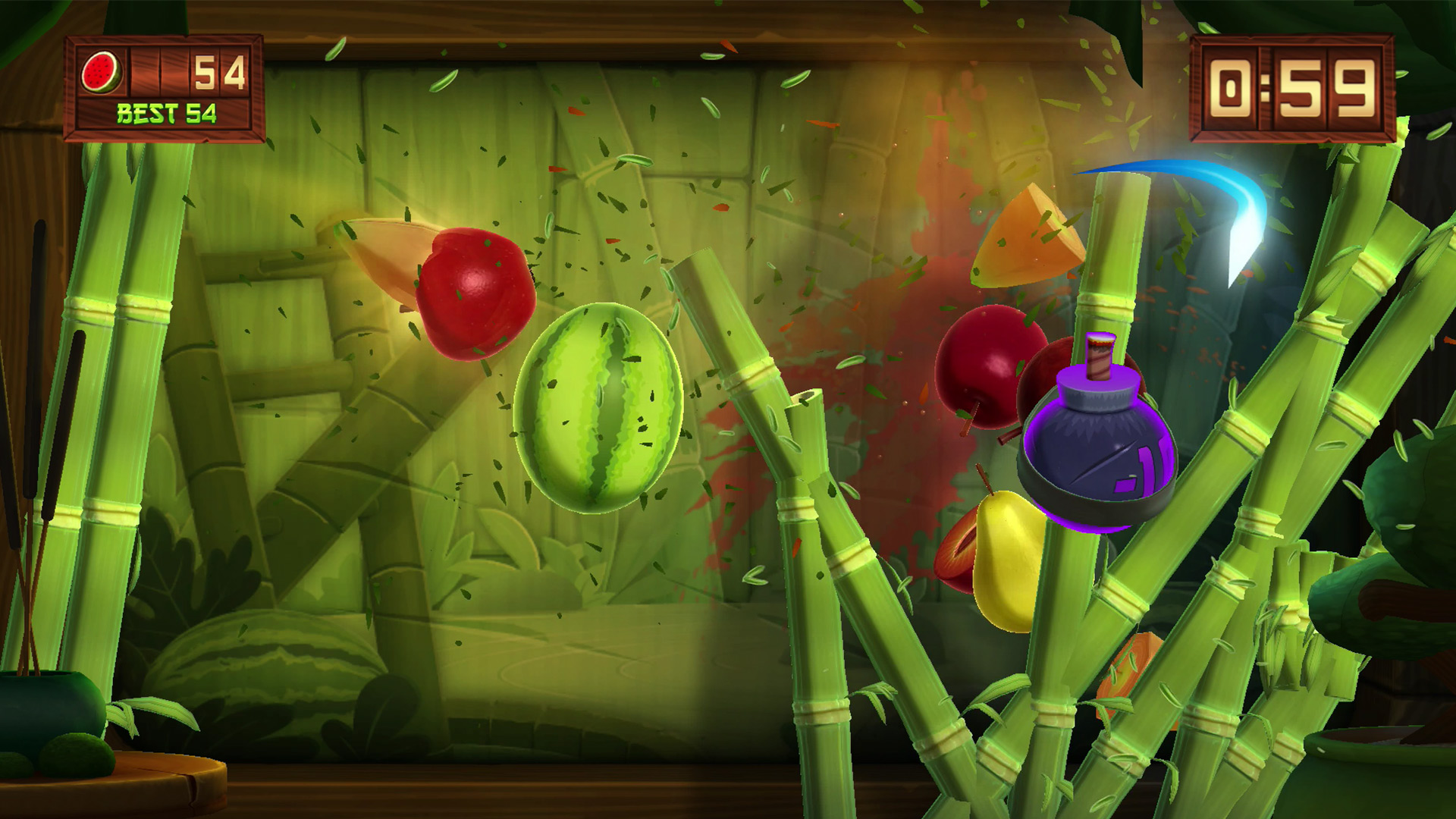 Like with the original, Fruit Ninja Kinect 2 doesn't try anything too ambitious and this title is too much like the original to be anything special. Adding a few festive modes don't make this a new package, but newcomers will enjoy this game regardless. Returning though may be disappointed with the lack of content. Either way, it's a nice and exact way to slice various fruits to pieces. Remember to be wary of the not so secret, yet secret random fruit that pops up if you're lucky!