It's certainly strange seeing the stream of games hit the new digital platform this generation and Olli Olli fits into that category for me. Ported from a mobile experience you play as this little pixel like skateboarder on these intense platformer style trick fests that are each level. They of course start out fairly easy, though quickly begin to demand some intense composition in order to continue. It'll definitely take a few tries on the later levels to succeed and progress since they can be quite tricky in some areas and if you bail out it's essentially death. I actually really liked seeing the character go flying about after failing a trick. I do somewhat question the control scheme as it's like a lift from the controller, but yet "A" when you land which I thought maybe should have been down on the sticks which feels more fluid to me. Anyways the control scheme for tricks is really well done as you twist the stick around to perform them or hold a bumper for some mad spins before trying to land. Each level takes a few minutes at most, though this time quickly adds up if you fail at certain areas causing a restart. It really isn't all that difficult to play, it just takes a few times of trying to really get the style of the controls down to pact. You also travel to some crazy locals while playing since it's that sort of game. These are generally cool and filled with some neat scenery that you whiz by in the distance.

With the main focus of survival you also have a list of side objectives to obtain so those purists can sit around gaining the requested score or pulling off requested tricks. Aside from the main campaign there's also the one streak side of campaign where you attempt to gain the longest skill trick streak possible without failing or stopping. This was a neat side mode though really not for me since I wasn't as gnarly as I'm sure many others are at this title. Finally I did have that Guitar Hero like effect from certain games where your vision gets all wavy afterwards when looking at screens, just so you know. 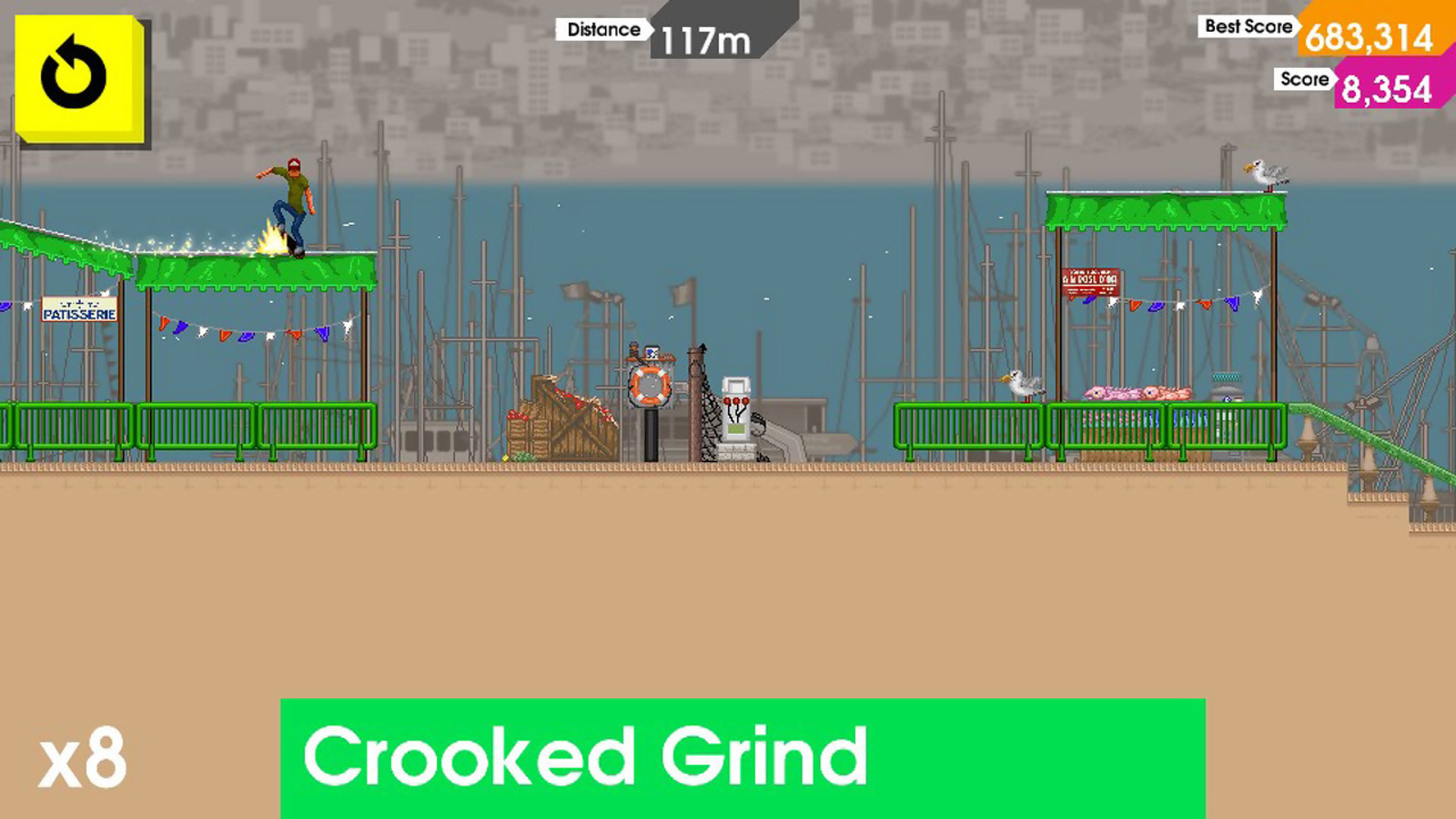 If you skateboarding or even platform like games which have a focus on speed then this is definitely up your alley. I'm not sure many regular type gamers will go for this sort of experience though it's a neat side game to have available in the library. Filled with a good chunk of gameplay there's lots to do in this one across some out there locales. Still, I can also see the whole pixel styled graphics being a turn off for some which i've seen online as recent since it does feel quite basic at times. It was also nice of the developers to put a crowd of clapping folks at the end, little disappointed you couldn't do a last second bailout and take them out!